On Nov. 24, 2022, the 96th edition of the “Macy’s Thanksgiving Day Parade” will usher in the start of the holiday season with giant character helium balloons, fantastic floats, star-studded performances, and the one-and-only Santa Claus.

“Since its first march in 1924 […] ‘Macy’s Thanksgiving Day Parade’ has served to bring joy to the millions who gather nationwide each year to experience it with friends and family,” said “Macy’s Thanksgiving Day Parade” Executive Producer Will Coss. “This November, as we once again set the stage for the start of the holiday season, we are thrilled to showcase another spectacle full of magic and wonder that will help create everlasting memories with loved ones during this special time of year.” 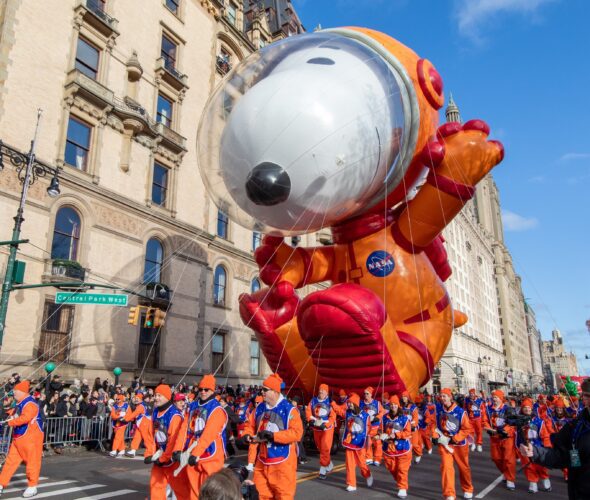 For the 96th time, the nation’s most beloved holiday event will take to the streets (and skies) of New York City with 28 floats, 16 giant character balloons, 40 novelty and heritage inflatables, 12 marching bands, ten performance groups, and more than 700 clowns.

Broadway’s best will kick off the celebration with a spectacular opening number from Lea Michele and the cast of Broadway’s “Funny Girl,” followed by additional performances from the casts of “A Beautiful Noise,” “Some Like It Hot,” “Disney’s The Lion King” (in celebration of its 25th anniversary), and the iconic Radio City Rockettes. 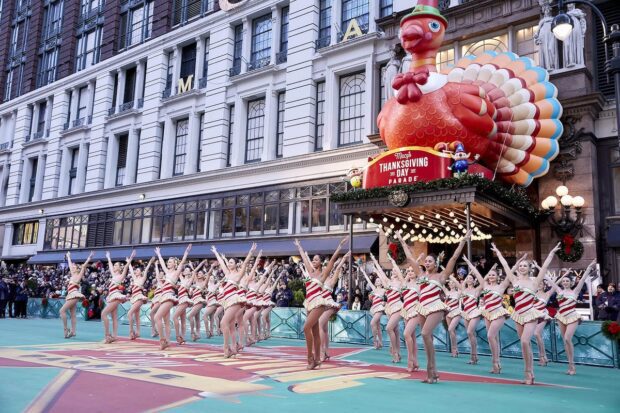 Photo courtesy of the Rockettes

Additional talent will be announced.

Since 1927, the parade’s giant character balloons have become the celebration’s signature, with popular characters transformed into high-flying icons. Over time, Macy’s artists have created several types of inflatables, including balloonheads (inflated heads sitting atop a costumed participant), balloonicles (hybrid inflatables with vehicles inside), and most recently, trycaloons (tandem tricycles with an inflated balloon character).

New balloons joining the line-up this year include Bluey, “Diary of A Wimpy Kid,” Dino and Baby Dino, and Stuart, the Minion. 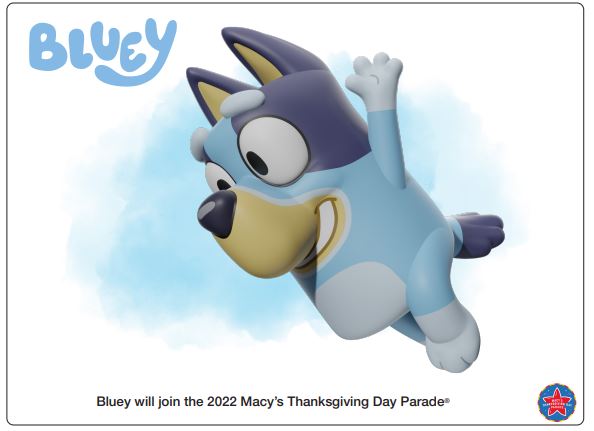 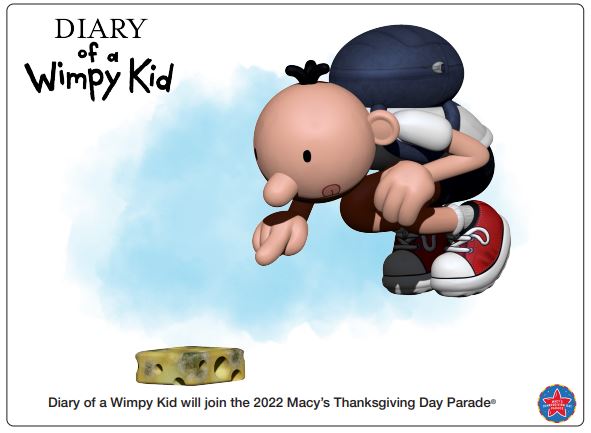 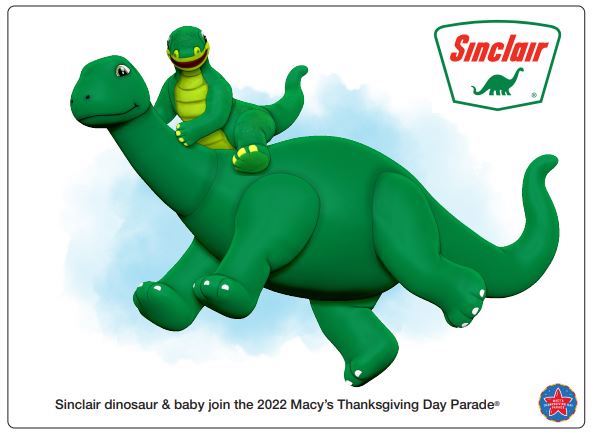 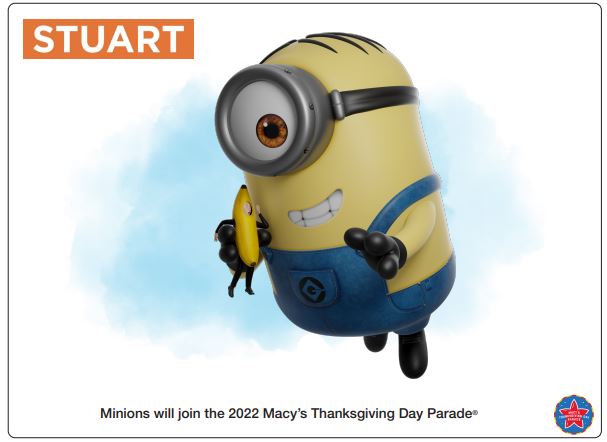 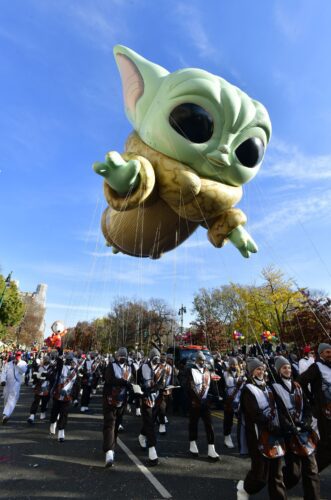 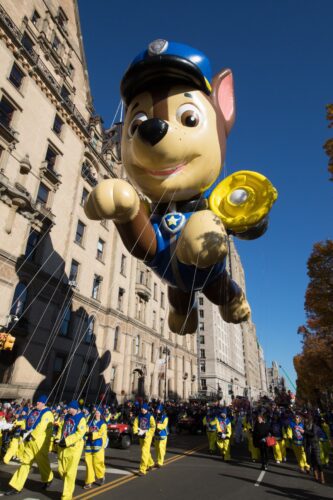 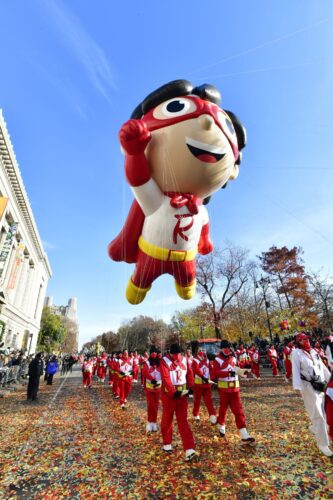 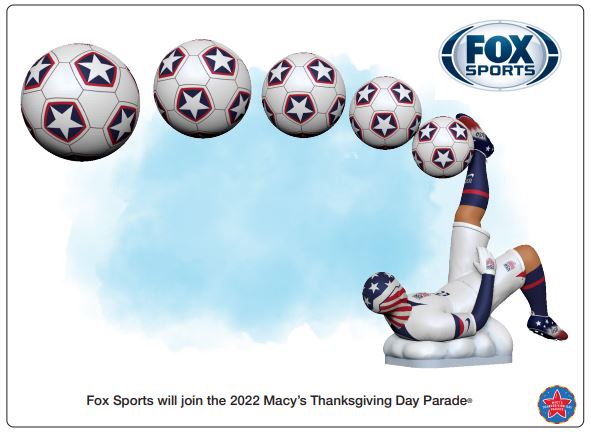 The Parade’s signature floats crafted by Macy’s Parade Studio – a design and production facility that includes carpenters, engineers, electricians, painters, animators, balloon technicians, sculptors, metal fabricators, and scenic and costume designers – showcase the theatricality that has made the parade world-famous.

This year several new floats will debut in the celebration, including Baby Shark with Ziggy Marley, Geoffrey’s Dazzling Dance Party with Jordin Sparks, Supersized Slumber with Ballet Hispánico, and The Wondership with Cam. 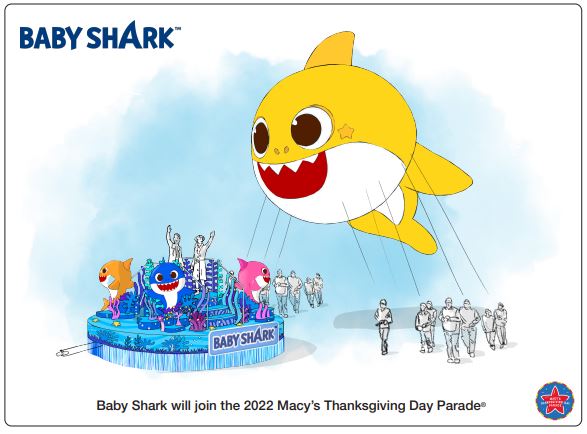 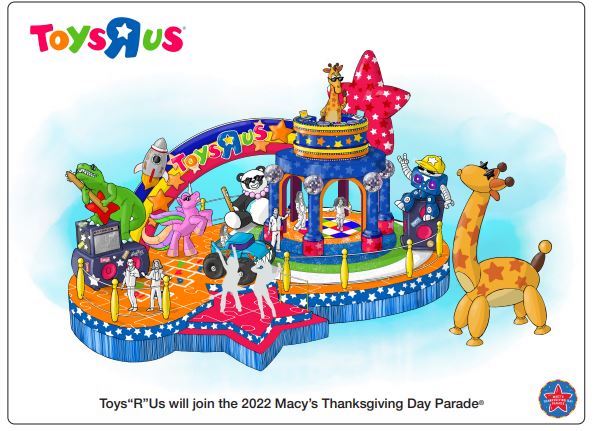 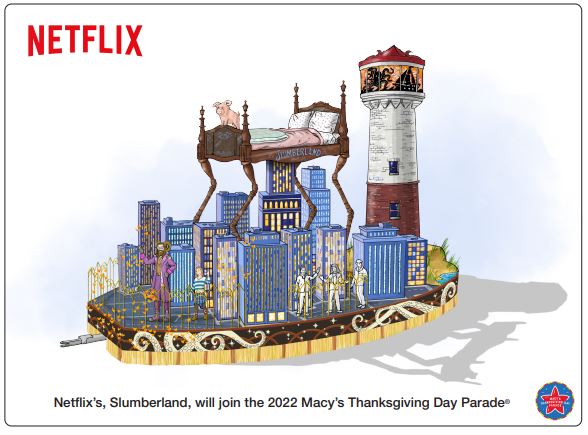 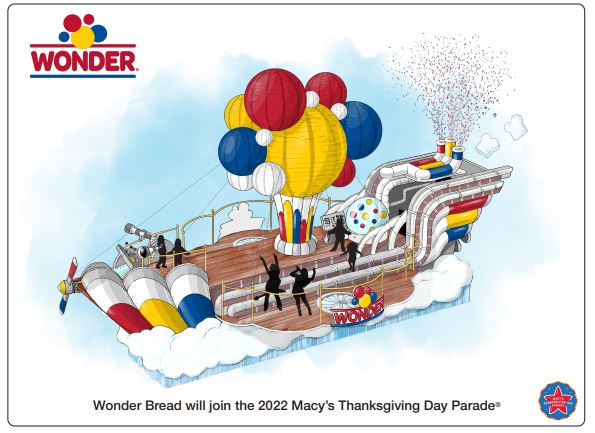 The returning floats and their scheduled performers include:

Strike Up the Bands 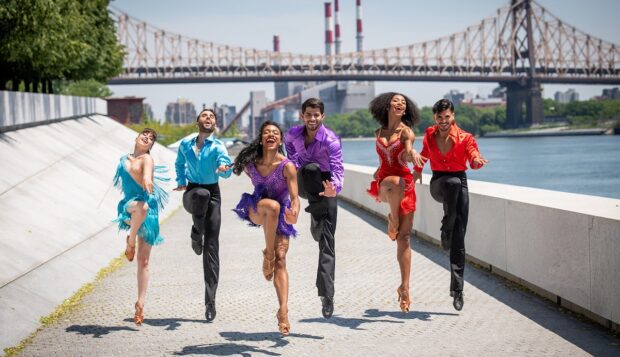 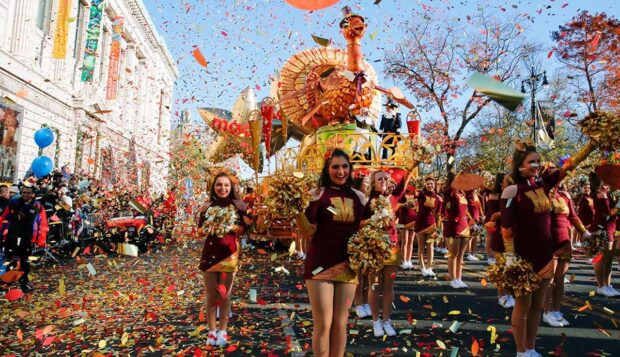 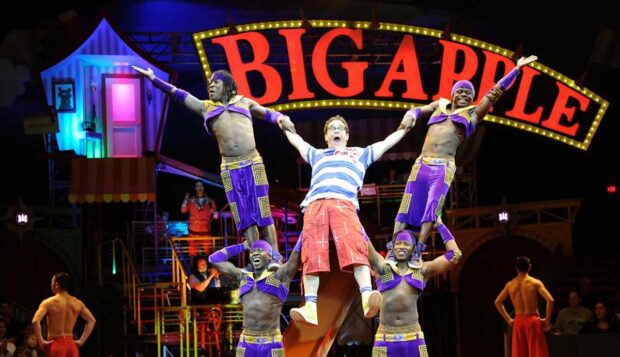 The annual parade will also feature performances from the dancers of Ballet Hispánico, the Big Apple Circus, Boss Kids, the Fusion Winter Guard, the Kilgore Rangerettes, the puppeteering of Phantom Limb, the iconic stepping of The Sigma Gamma Rho Centennial Steppers, the St. John’s Dance Team, and the Spirit of America Cheer and Spirit of America Dance Stars. 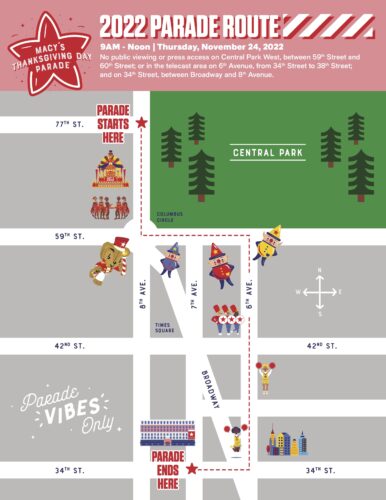 Spectators can watch the parade kick off from its traditional starting line at 77th Street and Central Park West. From there, the procession will proceed down its signature 2.5-mile route from Central Park West to Columbus Circle before turning onto Central Park South and marching down 6th Avenue/Avenue of the Americas. At 34th Street, the Parade will make its final turn west and end at 7th Avenue in front of Macy’s Herald Square.

Public viewing will be set up along designated portions of the route. Spectators should avoid bringing large bags, umbrellas, backpacks, and strollers. The public entering viewing streets may be subject to a security search. Click here for additional viewing information.

The “Macy’s Thanksgiving Day Parade” is one of the nation’s most-watched holiday celebrations. Viewers can watch the Emmy-Award-winning presentation on NBC hosted by “The Today Show”’s Savannah Guthrie, Hoda Kotb, and Al Roker (also streaming on Peacock)on Nov. 24, 2022, from 9 a.m.-noon in all time zones.

In addition, the entire NBC broadcast will be presented with live audio descriptions on the Secondary Audio Program channel (SAP).

The stars of Apple TV’s “Fraggle Rock: Back to the Rock” will appear throughout the broadcast as Uncle “Travelling” Matt journeys away from Fraggle Rock friends and family to learn the meaning of the “Macy’s Thanksgiving Day” holiday and the impossible-to-answer question: “What is a parade?”