One of the most classic staples in theme park attractions is when you’re going on an adventure of some sort, but then something goes wrong. We’ve seen it time and time again. Oftentimes we’ll see the paths that we’re supposed to take before things go horribly awry. Although I logically know there’s nothing behind that doorway or beyond that road, it still makes me wonder what the ride experience would have been like if things didn’t go wrong.

In Indiana Jones Adventure: Temple of the Forbidden Eye at Disneyland, we’re immediately thrown into the Chamber of Destiny where we make the mistake of looking directly into the eyes of Mara. As we pass Mara the vehicle headlights turn on, illuminating a path that looks like a safe way out. But, considering at least one irresponsible person in our ride vehicle looked into her eyes after being warned many times not to, we quickly take a sharp left and enter a crumbling cavern where we soon meet Indiana Jones himself.

But what if we had escaped from the eyes of Mara and took the safe exit we briefly saw in our headlights? What would that experience have been? It certainly wouldn’t be nearly as adventurous as the experience we get, but I still wonder. 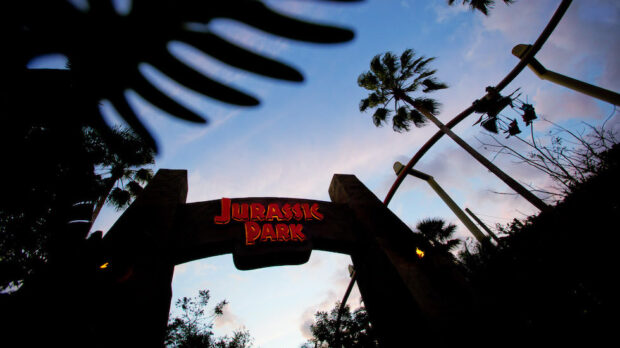 In the case of Jurassic Park River Adventure at Islands of Adventure, we actually get to experience quite a bit of the ride before “things go wrong.” It’s not until about halfway through the ride that a hadrosaur knocks us off course, not allowing us to enter the entrance to Hadrosaur Cove that we clearly see. Out of all the examples I’ll write about, this is the one I’m most curious about. 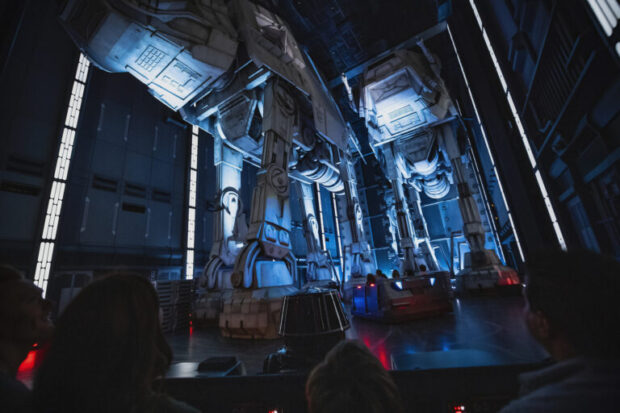 In Star Wars: Rise of the Resistance at Disneyland and Disney’s Hollywood Studios, they do a fantastic job making the spaceship we’re on feel massive. This is partially because it is a huge show building, but also because there are false doorways and rooms. One of the more obvious examples is when we’re in the AT-AT room where one of the ride vehicles is headed toward a doorway to escape, only to have it shut before we can safely exit. If it were a real spaceship, we’d probably only be seeing a very small percentage of what there is to witness. While we’re on the subject of Star Wars, I’ve often wondered what our Star Tours experience would have been like if our excursion to Endor hadn’t been interrupted, putting us on a different path. 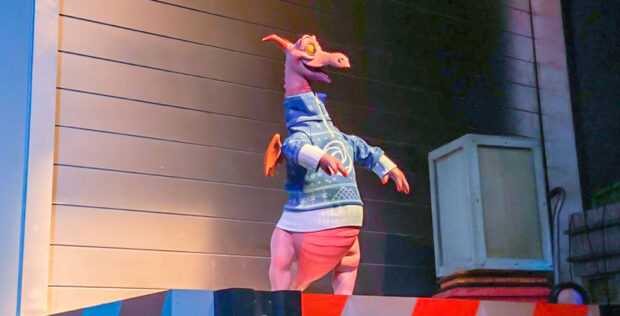 My final example brings us to Epcot and Journey into Imagination with Figment. In the current iteration of the attraction, we go on a journey taking us to different laboratories based on the senses sound, sight, smell, touch, and taste. As Figment causes too much trouble, our tour is cut short, and we simply drive by the doorways to the touch and taste labs. It would be interesting to see how Dr. Nigel Channing would demonstrate touch and taste on that tour. On a different but related note, I personally would love to see what’s going on behind Professor Wayne Szalinski’s doorway in the attraction queue.

These are all questions that will never really be answered in the world of the theme park, but perhaps there’s some fan fiction out there telling these tales. Do you have a favorite unventured doorway or path on a ride that you’d like to explore? Leave a comment and let me know.

Disney announces new art display and store coming in May 2022