“You may get wet” is a phrase you hear repeated over and over in theme parks. Sometimes it’s a welcome phrase on a hot and humid day. And sometimes it’s a warning you may be walking around with soaked socks and shoes for the rest of the day. When it comes to Universal Studios theme parks, it’s sort of an ongoing joke among theme park fans how often water is used in their attractions. For that reason, I decided to take a look at what Universal Studios Hollywood currently has to offer in order to see whether or not this wet stigma is accurate.

As you enter Universal Studios Hollywood, one of the first attractions you’ll walk past is the live sea war spectacular, WaterWorld. Well, this one is fairly obvious. There are plenty of opportunities for getting wet in here. From explosions in the water to jet skis splashing during a chase, and even stunt performers simply tossing buckets of water in your direction. The likelihood of getting wet is very high if you’re sitting in the closest seats at WaterWorld. 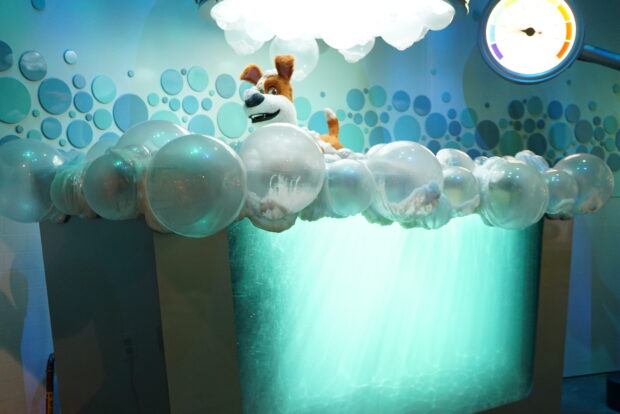 Also on the Upper Lot, you will get wet while riding The Secret Life of Pets: Off the Leash. In this dark ride, you take on the role of a puppy and at one point you get a “pet wash” where you will be sprayed with water. In this case, you’re certainly not getting soaked, but if you’re wearing glasses, you’ll start seeing wet spots. 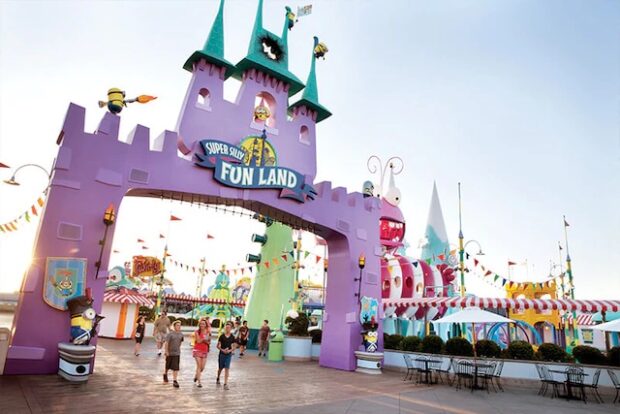 At Despicable Me Minion Mayhem, mist and water are sprayed on riders as you see Minions on screen spraying with a water hose. At the exit to this attraction, you’ll come across Super Silly Fun Land featuring a large water play area where children can get drenched. 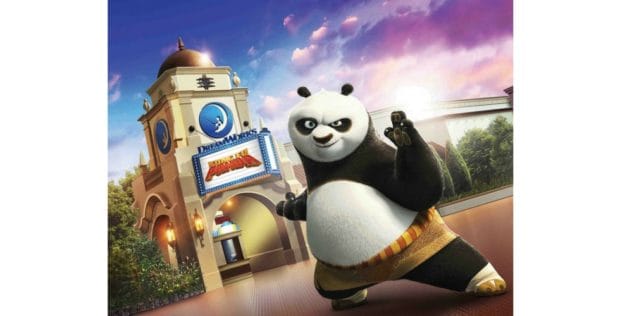 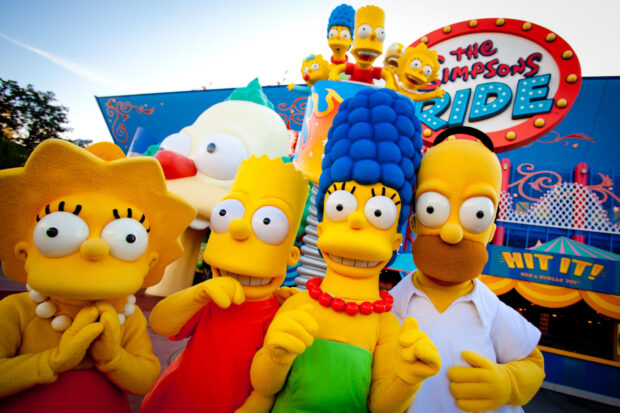 At DreamWorks Theatre Featuring Kung Fu Panda as well as The Simpsons Ride, you’ll experience similar sorts of mist effects when you see animated water on the respective screens. 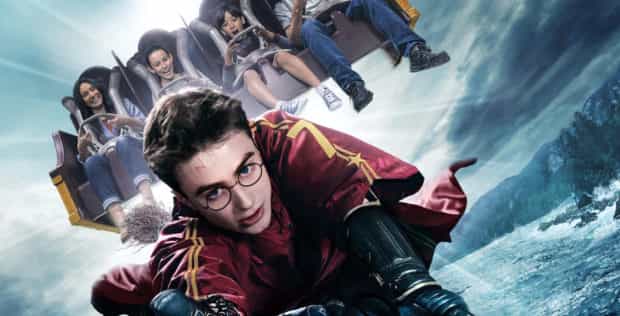 Over in The Wizarding World of Harry Potter, you’ll get wet on Harry Potter and the Forbidden Journey when the giant spider Aragog hits you with his “venom.” 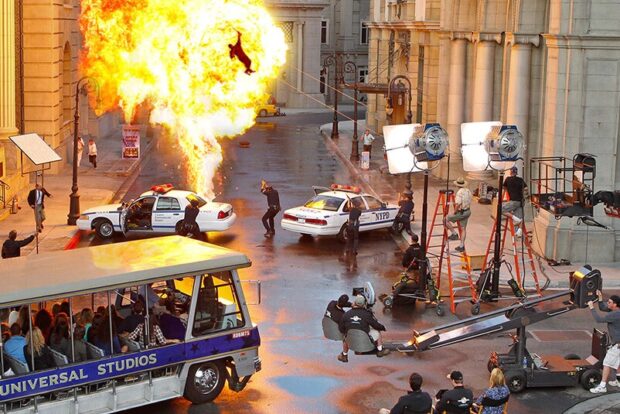 When it comes to The World-Famous Studio Tour, there are plenty of opportunities to get wet on this nearly hour long journey. Whether it’s being hit with dinosaur “spit” in King Kong: 360 3-D, getting sprayed with Dilophosaurus “venom” while riding through the sets of “Jurassic Park,” experiencing a flash flood not once, but twice (including Earthquake), plus water bursts while you encounter Jaws. There are lots of chances to get a bit wet.

As we head down to the Lower Lot, the theme of water on attractions continues. Jurassic World – The Ride is a river adventure, and therefore there’s lots of water. You’ll get wet from a Mosasaurus splash raining down on you, a Hadrosaurus spitting water in your direction, plus the overall splashing and geysers all around due to the nature of a boat ride. And don’t forget the big splashdown when escaping from the Indominus rex and Tyrannosaurus Rex. 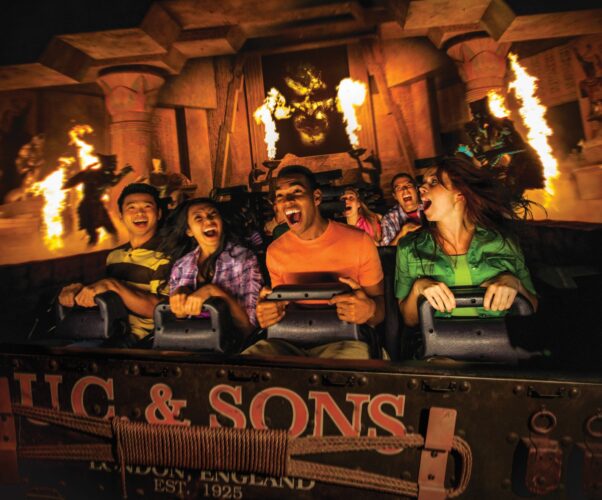 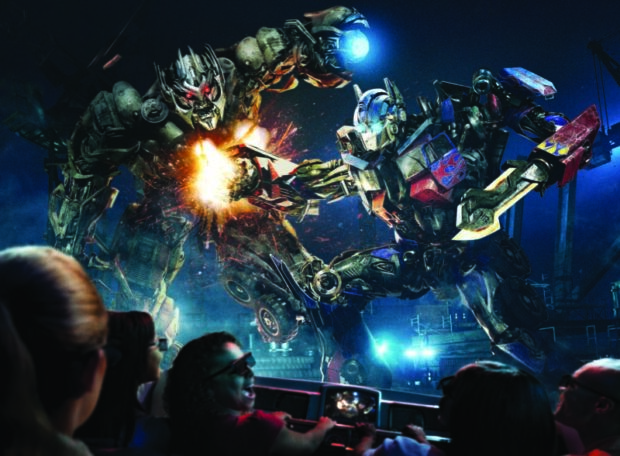 The Lower Lot also features water effects in Revenge of The Mummy – The Ride where water drips down from tombs above as well as representing beetles when your ride vehicle comes to an abrupt stop. And Transformers: The Ride-3D sprays water on you to match with the environments seen on screen. 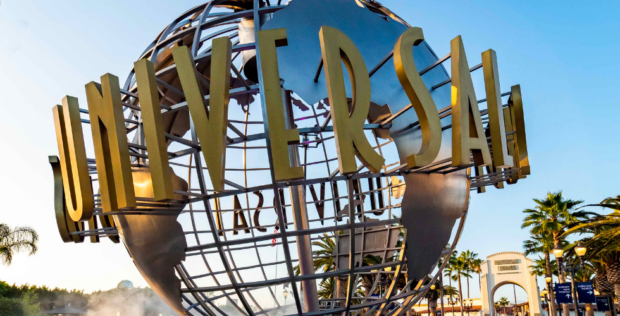 Overall, yes, the adage is true. Universal Studios loves to use water in their attractions. The great majority of the currently operating rides and shows use some sort of water effect. In some cases, it’s to represent water. In other cases, it’s a stand-in to add a bit of extra immersion. But at Universal Studios Hollywood, you most likely will get wet. At least a little.

Do you love the bits of water added to the experiences, or would you rather leave your splashdowns to your shower before heading to the park for the day? Are there any attractions you often refuse to go on due to its wet nature? Leave a comment and let me know.