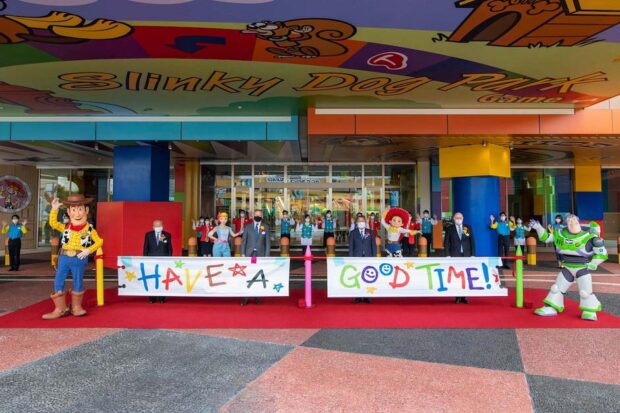 Walt Disney Imagineering and Pixar Animation Studios purposely designed the experience so that it looks as if Andy has assembled a toy hotel, giving his toys a place to hang out while he’s away at Cowboy Camp.

The hotel’s front plaza – dubbed Slinky Dog Park – celebrates the joy children feel when playing with toys. Here, 12-foot-tall action figures of Jessie and Buzz Lightyear dominate the scene as they stand on a gigantic Slinky Dog game board. 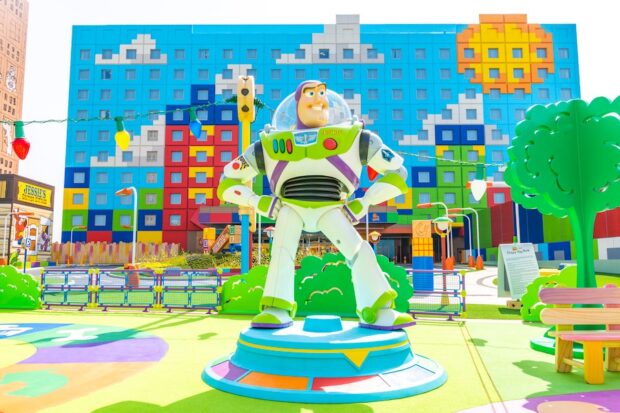 At the back of the hotel, facing Tokyo Bay, an oversized Hamm operating a toy crane that is hoisting his Alien friends can be found. The area can be accessed by stairs or through the hotel lobby, each of which lead to Toy Friends Square.

The square, according to Disney Parks Blog, “celebrates the beauty, wonder, and importance of friendship” through giant figures of Woody, Bo Peep, Bo’s three-headed sheep, Wheezy the singing penguin, and other “Toy Story” friends. 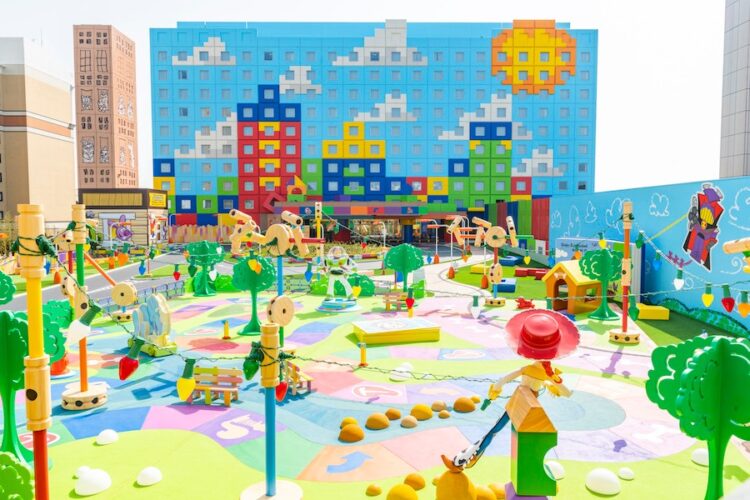 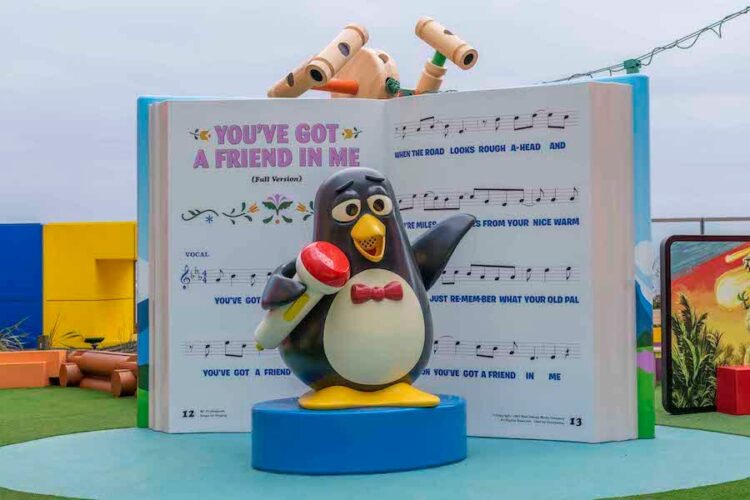 Once inside the hotel, guests become “honorary toys” as oversized playthings give them the feeling of having been shrunk down to toy size.

As today’s first guests discovered, all eyes will be drawn upward in the lobby, where Andy’s slot cars race on overhead tracks and a huge Bo Peep game board sits on the ceiling. Puzzle pieces have been strewn across the floor, and bright furniture adds striking pops of color.

Just off the lobby, retail shop Gift Planet is overseen by the Aliens, and this is the place to purchase items unique to the Toy Story Hotel.

Even the hallways and elevator areas get in on the theme, with bright colors and patterns that nod in the direction of Buzz Lightyear and the little green Aliens in one wing of the hotel, and Woody’s Roundup in the other. 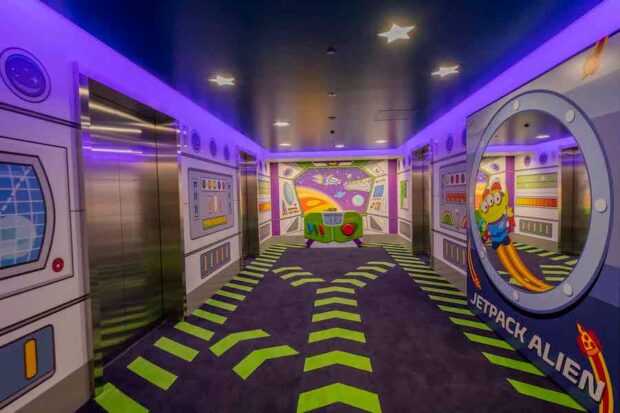 Andy’s bedroom was the inspiration for the hotel’s guest rooms, featuring the iconic cloud motif on the walls and an Etch-A-Sketch structure framing the television set. 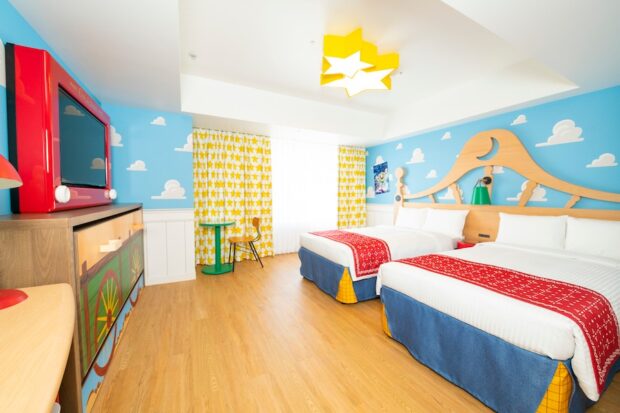 When it comes to dining, Lotso Garden Café is the place to be, themed to Lots-o’-Huggin’ (best known as Lotso), the strawberry-scented bear from “Toy Story 3.” Food inspired by the “Toy Story” movies is served buffet-style, and guests dine amid murals depicting Lotso farming smiling fruits and vegetables.

Disney Parks Blog states, “The toys can’t wait to welcome all their new ‘honorary toy’ friends. Andy’s away, so it’s time to play!”

For more about Toy Story Hotel and Tokyo Disney Resort, which is currently celebrating its 20th anniversary, visit TokyoDisneyResort.jp, and be sure to check out the Toy Story Hotel video, below.