In “Harry Potter and the Chamber of Secrets” movie (2002), second-year students at Hogwarts School of Witchcraft and Wizardry took herbology lessons with Professor Pomona Sprout (played by Miriam Margolyes), and in Greenhouse Three they came face-to-face with formidable shrieking mandrake babies in need of repotting.

The scene was a fan favorite, and starting on July 1, 2022, visitors to the London attraction can experience a reproduction of the school’s glass greenhouse, filled with exotic plants, as part of a new feature titled “Mandrakes and Magical Creatures.”

Those brave enough to endure the mandrakes’ screams can even pull one from in the interactive display. 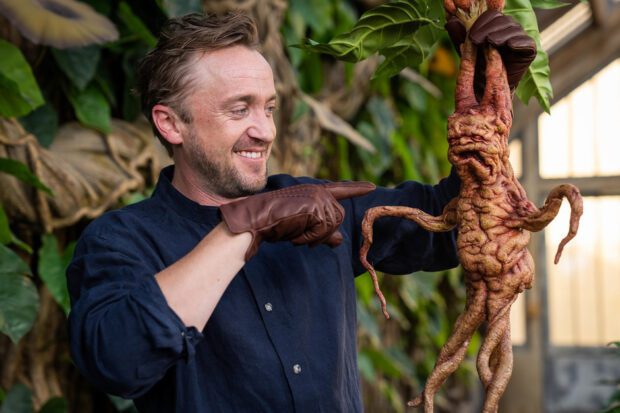 Tom Felton, who played Draco Malfoy in the Harry Potter films, entered the greenhouse setting for the first time since his role in “Harry Potter and the Chamber of Secrets,” which was filmed more than 20 years ago, and during his time in the famous conservatory he held up a mandrake, viewed the Venomous Tentacula hanging from the ceiling, and saw the dragon sculptures situated outside the greenhouse. 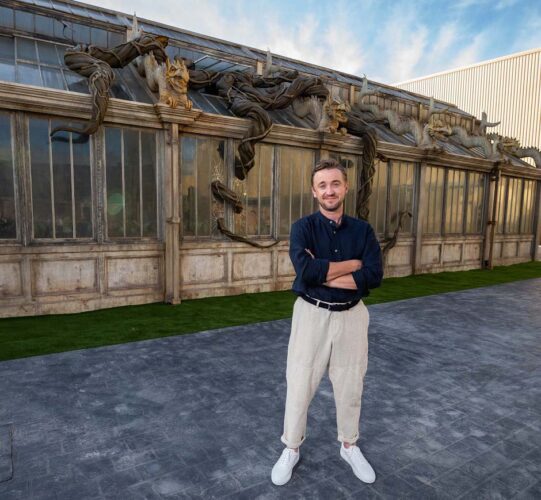 Fascinating Fact: During filming of the movie, the baby mandrakes’ movements were controlled through the use of animatronic controllers hidden beneath the potting table. The Tentacula’s tendrils were computer-generated.

The mandrakes played an important role in the film: when the Chamber of Secrets was opened for the second time, students were being petrified by a giant reptile called a Basilisk. Within the wizarding world, full-sized mandrakes were used to make a restorative draught to bring petrified wizards and witches out of their solidified state. 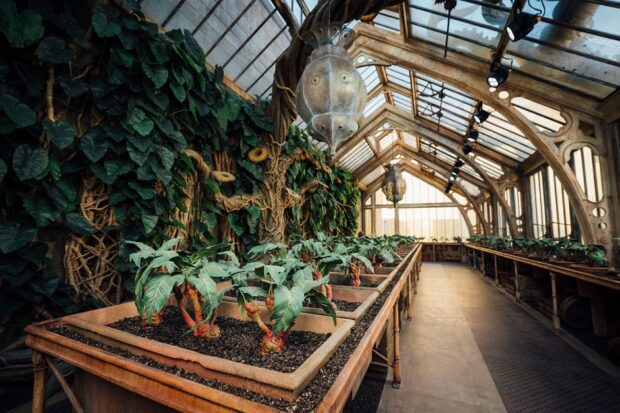 Professor Sprout’s greenhouse will be a permanent addition to the Studio Tour, while “Mandrakes and Magical Creatures” will run from July 1-September 12, 2022.

Additional exterior backlot sets will be expanded, too, including the fountain from Hogwarts’ courtyard and a 1:3 scale version of the Weasley family’s home, the Burrow.