Walt Disney Animation Studios’ “Encanto” has become an instant classic with fans of all ages falling in love with the magical Madrigal family. After winning the Academy Award for best animated feature at last month’s Oscars – and the debut of a new sing-along version on Disney+ – fans can celebrate “Encanto” at Disneyland.

During the day, Mirabel will meet guests at Frontierland’s Zocalo Park in a colorful photo location that honors the people and culture from the Madrigal family’s home in Colombia. Then, for a limited time beginning April 11, 2022, the iconic façade of “it’s a small world” will be the backdrop several times each evening for a presentation inspired by “Encanto’s” hit song, “We Don’t Talk About Bruno.” 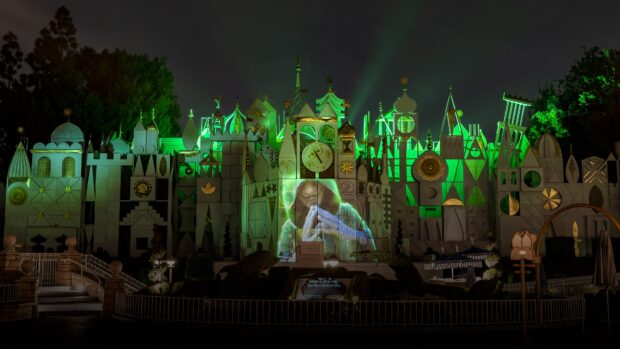 This two-minute musical montage will come to life through projection and lighting effects that present the characters from the film like the Madrigal family’s Casita tiles, that flip, turn, and rearrange as each scene transitions to the next, culminating in Bruno’s mysterious prophecy about Mirabel.

Last but certainly not least, when the beloved “Main Street Electrical Parade” returns to Disneyland Park on April 22, 2022, the fan-favorite parade will be celebrating its 50th anniversary with a new 18-foot-long seven-segment grand finale float that presents the theme of togetherness illustrated by stylized scenes from both classic and modern Disney and Pixar stories, including “Encanto.” 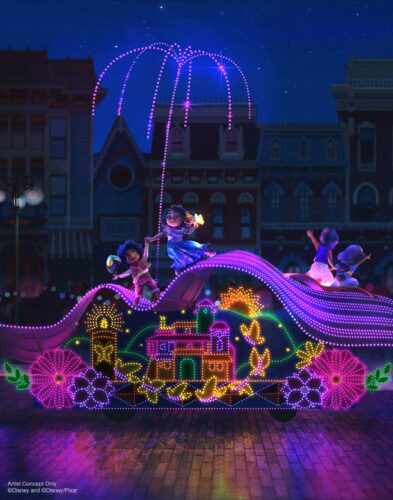 Click here for information about the “it’s a small world” Encanto Projection, and click here for more details on the Main Street Electrical Parade.