Beautiful tells the story of American singer/songwriter Carole King, from her early days selling her first songs through the recording of her seminal hit album, “Tapestry.”

Along the way, King and her writing partner (and eventual husband) Gerry Goffin, produced scores of hit songs such as “Some Kind of Wonderful,” “Will You Love Me Tomorrow,” and “The Locomotion” for musical groups including The Drifters and The Shirelles.

The story dives into the hardships in King’s first marriage and her journey to find herself as a composer and as a performer. 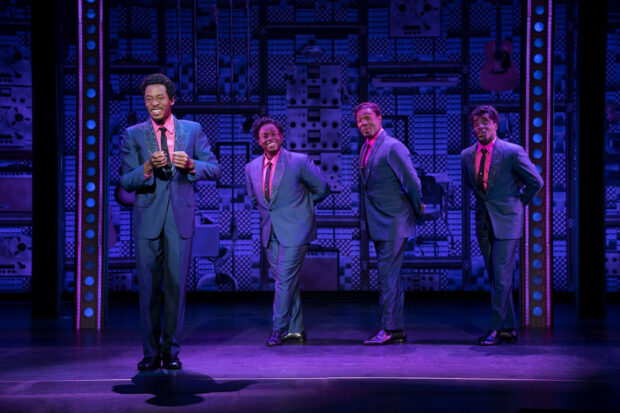 Fans of King’s music (and really, fans of pop music at all from the last fifty years) will be thrilled to rock along to the performances. Even when songs weren’t immediately recognizable from their first few beats, by the time they reached the chorus they all come rushing back.

Between the songs King performed herself and the hits she wrote for others, her breadth of work is truly dizzying and its range is on full display. Attempting to compress nearly twenty years of song writing into just a couple hours does have the unintended consequence of making every song seem like it suddenly popped into existence fully formed and at exactly the right moment. 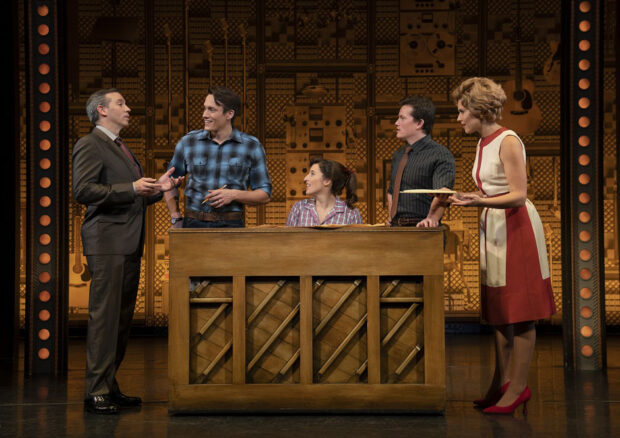 By the sixth or seventh time the characters mention that they just might have a song that could work for the situation and proceed to belt out another of King’s many hits, the bit becomes a little predictable. Also, being about a real person’s real life, sometimes the drama and conflict feels a little forced by the writer in order to form a more compelling story. These are both issues common to many jukebox-style bio-musicals and, being minor quibbles, don’t take anything away from the stellar performance and presentation.

While the entire cast performs ably, the true standout is Sara Sheperd in the lead role of Carole King. Through her outstanding performance, we see very different versions of King through the years, from an excited, spunky teen to a woman worn from the stresses of her career, marriage, and children, and back to a renewed and reinvigorated performer excited for what the future has in store.

Sheperd plays the piano, sings, and acts her heart out on stage for nearly the entire runtime, only leaving to change her costume and hairstyle. A true powerhouse, Sheperd’s performance is not to be missed. 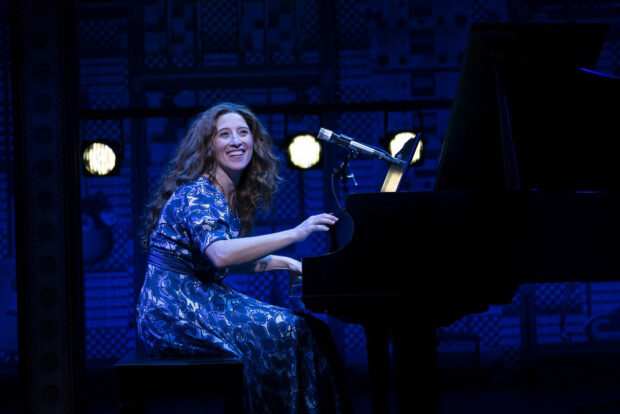 The music of Carole King has a timeless quality to it and “Beautiful” takes every opportunity to let it shine. The murmurs of recognition and gasps of joy that spread through the audience every time another classic hit began is all the proof you need of that.

“Beautiful: The Carole King Musical” runs Saturday, May 14, and Sunday, May 15 at the Dr Phillips Center before continuing its nationwide tour.

For tickets visit drphillipscenter.org and to find out more about upcoming tour dates visit beautifulonbroadway.com/tour.