Nadya added four girls and one boy to her family, with four of the cubs tipping the scales at a healthy six pounds during their three-week checkup. One cub, a girl, weighed just 2.5 pounds and was taken into the care of the veterinary team, put into an incubator, and given around-the-clock bottle feedings. She is now thriving. 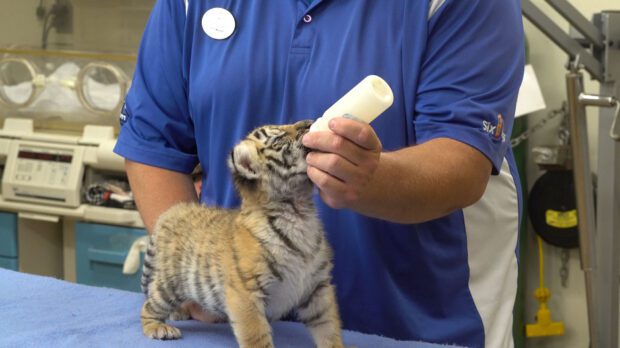 “Without human intervention, she would not have survived,” said Dr. Ken Keiffer, Six Flags veterinarian. The survival rate of Siberian tigers in the wild is only 50 percent.

Siberian tigers originate from regions such as Russia, China, and North Korea, but instead of having white coats that would blend into the snowy surroundings, they have bold orange and black coats with unique stripes.

They are the largest cat in the world at an average of 11 feet long, and their tails grow to three feet long.

“Nadya’s cubs help ensure the survival of this precious species for at least two more decades,” Dr. Keiffer added. “At Six Flags, we aim to teach our guests about conservation, and we hope it inspires them to help preserve these and other amazing animals here on Earth.” 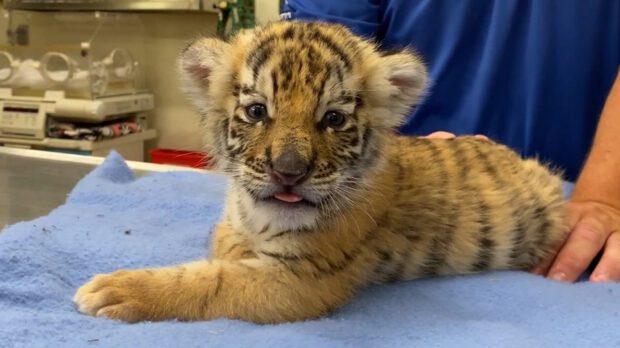 In the coming weeks, visitors to Six Flags Wild Safari Drive-Thru Adventure will be able to see Nadya and four of her cubs in the Tigris Asiana section of the park. Her smallest cub will remain under veterinary care for a few more months.