Universal Pictures and Amblin Entertainment have announced that U.S. audiences can experience “E.T. The Extra-Terrestrial” and “Jaws” in IMAX for the first time this summer.

To celebrate its 40th anniversary, “E.T. The Extra-Terrestrial” will be released exclusively on IMAX nationwide screens beginning Aug. 12, 2022. “Jaws” – considered the first summer blockbuster – will be released on IMAX screens and in RealD 3D starting Sept. 2, 2022.

“IMAX is thrilled to partner with Universal Pictures and Amblin Entertainment to offer audiences the opportunity to experience these two iconic films in IMAX for the very first time,” said IMAX Entertainment President Megan Colligan. “Steven Spielberg redefined modern cinema and ushered in a new era of bold, swing-for-the-fences filmmaking, and the IMAX Experience has expanded around the world because of the trail blazed by films like ‘E.T.’ and ‘Jaws’.” 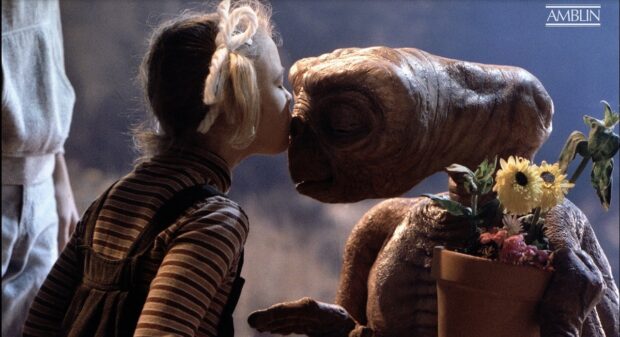 Originally released on June 11, 1982, “E.T. The Extraterrestrial” was not only the highest-grossing film of that year and a four-time Academy Award winner, but also captured the hearts of audiences worldwide. Even four decades later, it continues to “ignite the joy, wonder, discovery, magic, and heartbreak of childhood.”

Equally enduring is “Jaws” (originally released on June 20, 1975), which became the first true summer blockbuster and was the highest-grossing film of that year, winning three Academy Awards, including for John Williams’ iconic (and terrifying) music. 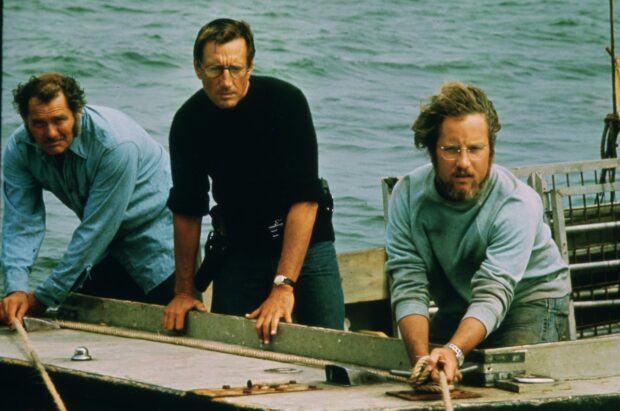 “‘Jaws’ redefined what it means to be a summer-event blockbuster, and now, for the first time ever, audiences can experience Steven Spielberg’s motion picture classic in 3D,” said RealD CEO & President, Cinema ,Travis Reid. “Everything that made ‘Jaws’ a sensation and a fan favorite for nearly 50 years will be enhanced in RealD 3D, allowing fans a completely new opportunity to immerse themselves in one of the greatest summer suspense thrillers of all time.” 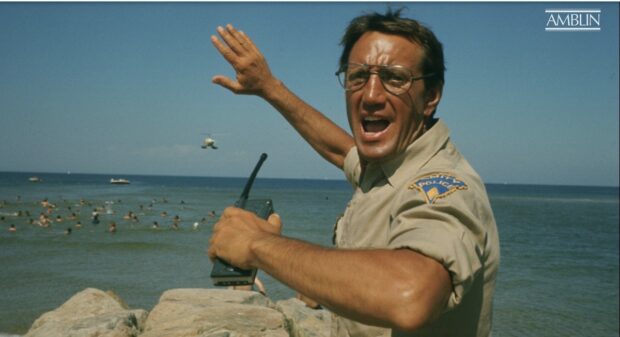 Theatergoers can see the trailer for the new IMAX release of “E.T.” when it premieres exclusively before screenings of “Jurassic World Dominion” on June 10, 2022 – just one day shy of the 40th anniversary of the movie’s original debut.

“Universal is honored to have been a part of so many extraordinary, unforgettable Steven Spielberg films over the past 47 years, including ‘Jaws’ in 1975, ‘E.T.’ in 1982 and ‘Jurassic Park’ in 1993,” said Universal Pictures President of domestic theatrical distribution, Jim Orr. “We couldn’t think of a more perfect way to celebrate the anniversary of ‘E.T.’ and the first Universal-Spielberg summer blockbuster, ‘Jaws,’ than to allow audiences to experience these films in a way they’ve never been able to before.”

Click here for details about “E.T” and “Jaws” in IMAX when they become available, and check out original “E.T.” and “Jaws” trailers below.