CLEVELAND — In time for the NBA All-Star Game, the Rock & Roll Hall of Fame opened Thursday a temporary basketball-inspired exhibit.

The exhibit, Baseline to Bassline: 75 Years of Music and the NBA, features artifacts worn or used by players and artists at NBA events and promos are on display, such as will.i.am’s outfit from the Black Eyed Peas’ 2004 NBA All-Star Game “Let’s Get It Started” promo, the Rock Hall said.

The Rock Hall said the exhibit includes casework constructed from pieces of the Cleveland Cavaliers basketball court and wooden locker room lockers used by Cavs coaches. Jerseys, shoes and other items worn by players will be included in the exhibit.

“This timely exhibition illustrates the crossover between music and basketball and how, together, they have impacted the global cultural landscape,” said Greg Harris, President and CEO, Rock & Roll Hall of Fame. “We welcome fans from around the country to Cleveland to celebrate their teams, the players, and the power of rock & roll during NBA All-Star Weekend and beyond.” 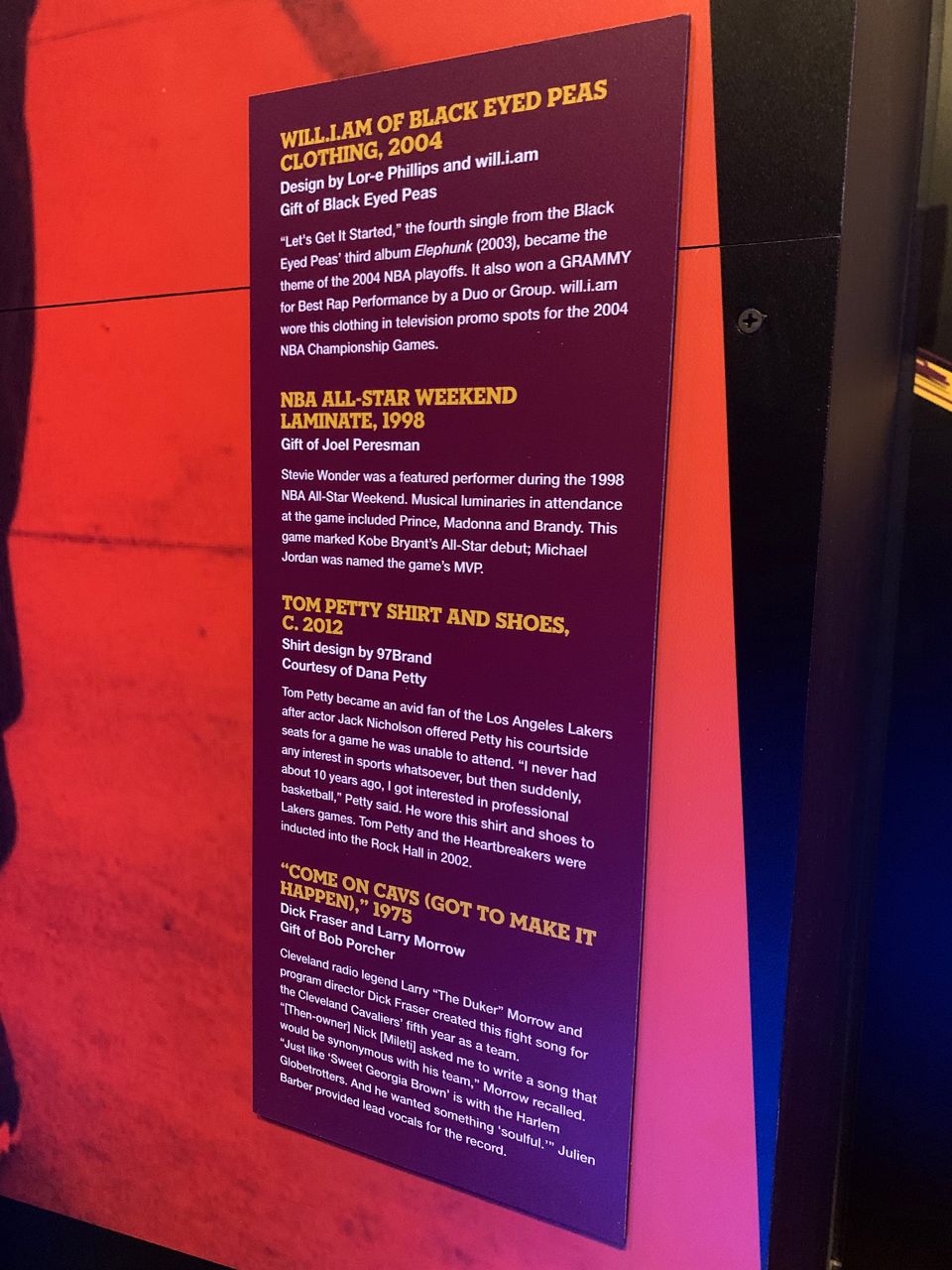 John Goehrke, director of guest experience at the Hall of Fame, said the exhibit brings together two popular forms of enertainment.

“To me, basketball and music, these are two of the most popular forms of entertainment,” he said. “That’s a record by Shaquille O’Neal, one of the best basketball players of all time, but also a platinum selling musician.”