Real Pirates Salem historical experience opens in Salem, Mass. on April 9, 2022, with the exciting story of the only fully authenticated pirate treasure in the world.

From coins to jewelry, a cannon, and other weapons, pirate artifacts in the museum were retrieved from a verified shipwreck, and last touched by the hands of pirates more than 300 years ago.

Barry Clifford, an underwater archeological explorer, discovered the treasure, which was then retrieved from the sunken ship, Whydah.

“We are thrilled to bring Real Pirates to Salem,” said Bill Golden, director of Real Pirates Salem. “This experience revolves around real pirates, real treasure, and real discovery. Salem is a magically unique destination, with so many sites of cultural significance. We are in good company in this vibrant, historic community.” 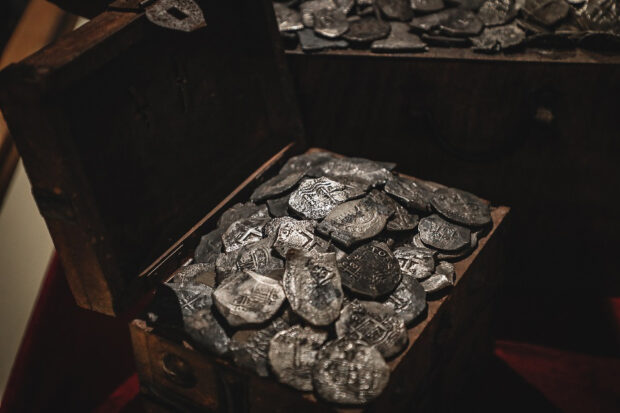 Although Salem is best known for its witch-hunt history, it also has a significant pirate themed maritime story to tell, including that of Captain “Black Sam” Bellamy, who was among the youngest, most successful pirates of all time.

In the early 1700s, Captain Samuel Bellamy and his crew captured the slave ship Whydah as it was making its way back to England after it first crossing from London to the Caribbean with more than 350 men, women, and children in its hold, destined for slavery.

The bounty reaped from the sale of those human beings was on board when Captain Bellamy’s ship overtook the Whydah and seized its ill-gotten gains. 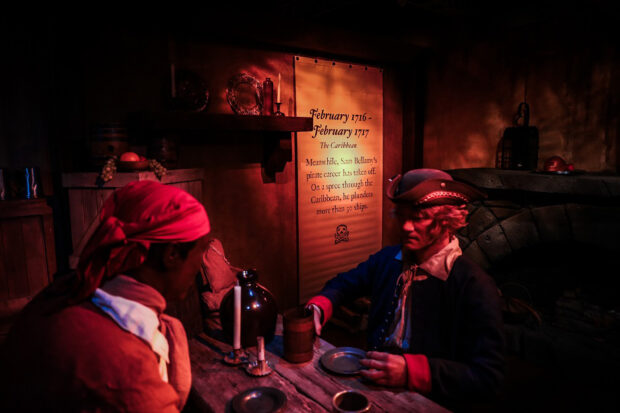 The love of Captain Bellamy’s life, Maria Hallett, known as the legendary “Witch of Wellfleet” is also part of the story, as Samuel’s intent was to rendezvous with her and continue north to Maine. Fate had other plans, and on April 26, 2017, the Whydah wrecked off the coast of Cape Cod, Mass. due to a violent nor’easter.

For nearly three centuries the Whydah was lost, until explorer Barry Clifford and his team made the discovery, starting with the ship’s bell in 1985 and a small brass placard in 2013, each inscribed with the ship’s name and maiden voyage date, which allowed the wreck to be fully authenticated as the only Golden Age pirate shipwreck ever to be discovered.

Real Pirates Salem follows that journey through exhibits such as Discovery Lab, where visitors can explore the preservation process of authentic Whydah artifacts, including pieces of the ship and its cargo, still encased in their underwater calcified “time capsules.” 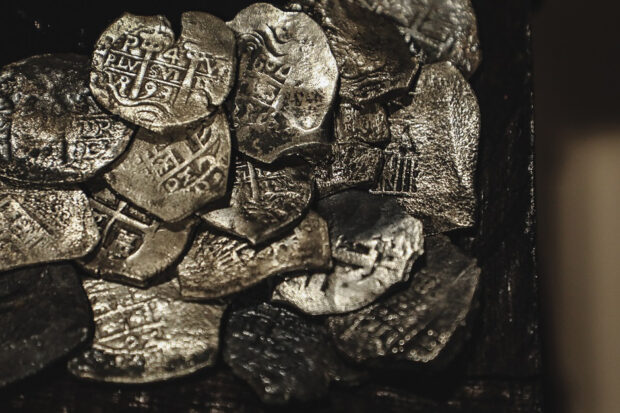 A complimentary audio tour narrated by Barry Clifford takes visitors on a journey through the past, present, and into the future of the Whydah.

“I’m excited about the addition of Real Pirates Salem to the destination,” said Kate Fox, executive director of Destination Salem. “The museum combines stories and artifacts to offer visitors a new opportunity to dive into the pirate chapter of New England’s maritime history.”

Real Pirates Salem will open to the public at noon on April 9. After that, it will be open daily from 10 a.m.-6 p.m.

Tickets are $16.50 per adult, $13 per child, and Seniors tickets are $13.50. There are no age restrictions, but the recommended ages to best enjoy the exhibit are five years and older.

Get ready to glow at first Museum of Illusions nighttime party

Hasty Pudding celebrates Coolidge as its Woman of the Year