Paramount Pictures, whose brands include Nickelodeon, MTV, and Comedy Central, has signed an agreement with Kios technology and entertainment company to build a theme park in Bali, Indonesia.

The 140-acre park will blend Paramount’s cinematic worlds with Indonesia’s culture and hospitality in a lush, tropical setting.

Along with rides and attractions, plans include two themed hotels; Paramount Grand Resort and a Nickelodeon Resort featuring the brand’s popular characters.

One of the areas within the park will be called Land of Legends, honoring Indonesia’s culture, myths, and legends.

“Paramount is a global brand that captures the imagination of everyone, from children to adults,” said Managing Director of Kios, Ade Sulistioputra. “We all have exciting memories of Paramount films, with a legacy of excellence that has lasted 110 years. We will tap into Paramount Picture’s library of over 1,000 films and use brands and characters that will appeal to people of all ages, while other attractions may draw on Nickelodeon’s characters such as SpongeBob SquarePants, Dora the Explorer, and Teenage Mutant Ninja Turtles.”

Ty Granaroli, Paramount Global’s executive vice president of Themed Entertainment and Experiences, signed the agreement with Sulistioputra in a ceremony attended by several representatives from Paramount and attended virtually by the Governor of Bali and other dignitaries on July 25, 2022 at Paramount Pictures Studio in Los Angeles, Calif. 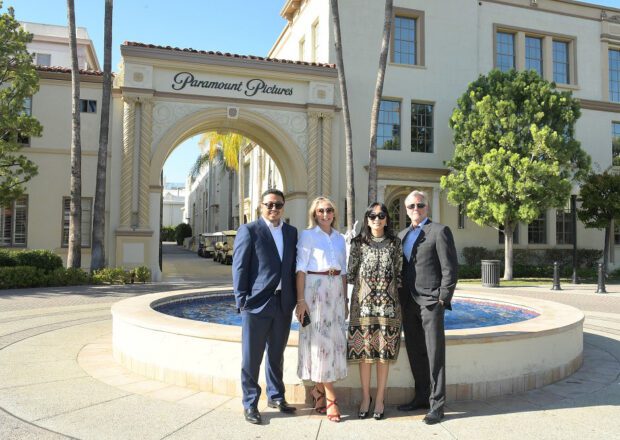 Sulistioputra indicated one of the goals of the park was to educate the global community about Indonesia’s natural landscapes through the cinematic entertainment produced by Paramount.

It is anticipated the park will attraction more than five million visitors in its first year.

“We believe that the beauty of Bali, combined with integrated resort hotels and a Paramount theme park, will create a magnificent entertainment project that all of Indonesia can be proud of,” said Paramount’s Ty Granaroli. “A park like this can have a significant, long-term impact on tourism, including domestic and international visitors.”