Yesterday during Star Wars Celebration in Anaheim, Calif., we got a sneak peek at some of the new Star Wars merchandise that’s coming to a Disney theme park near you from a galaxy far, far away, including a new Obi-Wan Kenobi legacy lightsaber.

To coincide with the premiere of  “Obi-Wan Kenobi,” now streaming Disney+, the new Obi-Wan Legacy Lightsaber Set is available for pre-order at shopDisney beginning May 31, 2022, at 7 a.m. PT and is coming soon to Dok-Ondar’s Den of Antiquities in Star Wars: Galaxy’s Edge. The legacy lightsaber set includes the lightsaber collectible based on the lightsaber used by the Jedi Master in “Obi-Wan Kenobi” and consists of the blade, hilt, belt clip, and display stand. 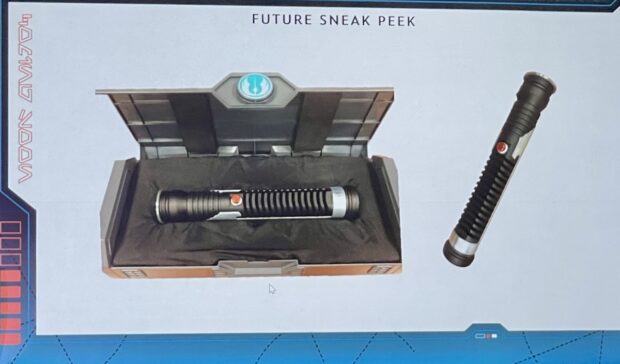 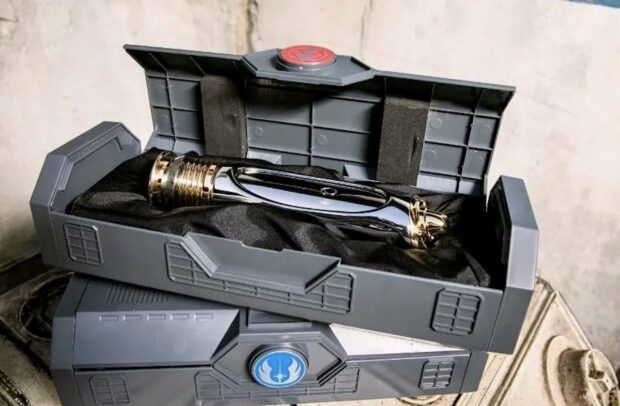 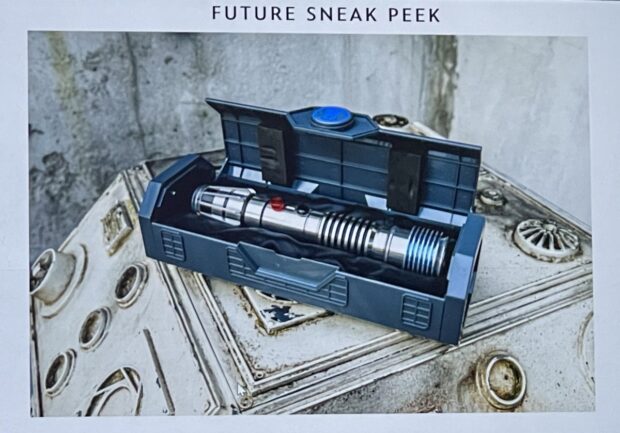 In addition, legacy Qui-Gon Jinn, Darth Sidious, and Plo Koon lightsaber collectibles are also coming to Dok-Ondar’s Den of Antiquities at both Walt Disney World and Disneyland later this summer.

In 2020, Star Wars fans voted for the Lightsaber hilt they’d like Dok-Ondar to offer at his Den of Antiquities, and earlier this year, the Cal Kestis legacy lightsaber hilt was added to the collection – and Dok-Ondar was so impressed that he’s once again asking fans to choose their favorite hilt. 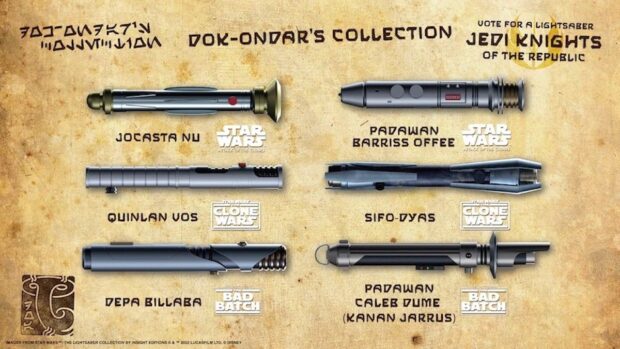 The results will be announced on the Disney Parks Blog this summer, and the winning legacy lightsaber hilt will be carried at Dok-Ondar’s Den of Antiquities in Star Wars: Galaxy’s Edge at Walt Disney World and Disneyland. Click here to vote. 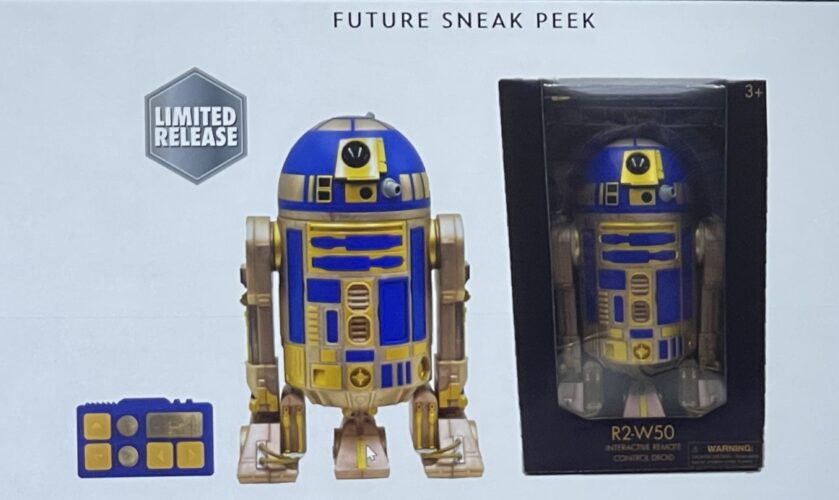 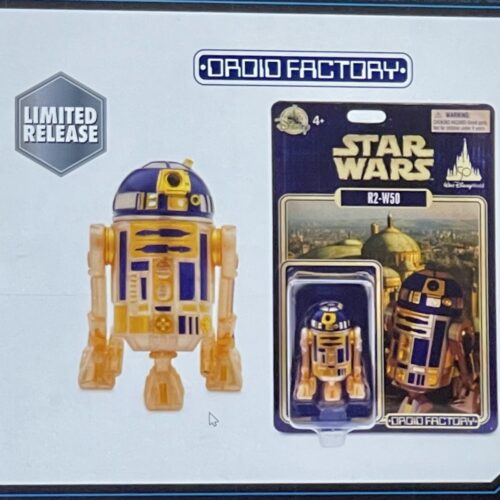 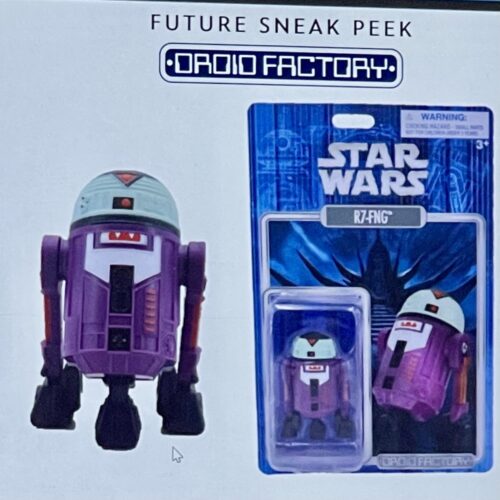 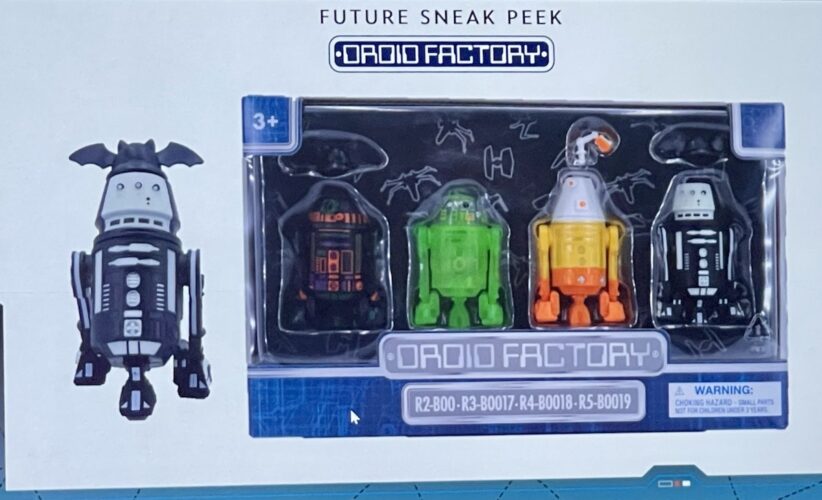 Visitors to Batuu will be able to find brand new plush, including a Therii plush available only at Star Wars: Galaxy’s Edge, a Gorg coming soon to the creature cart at Black Spire Outpost, a new Rey doll crafted by Zabaka for her Toydarian Toymaker stall and a 45th-anniversary Jawa plush. 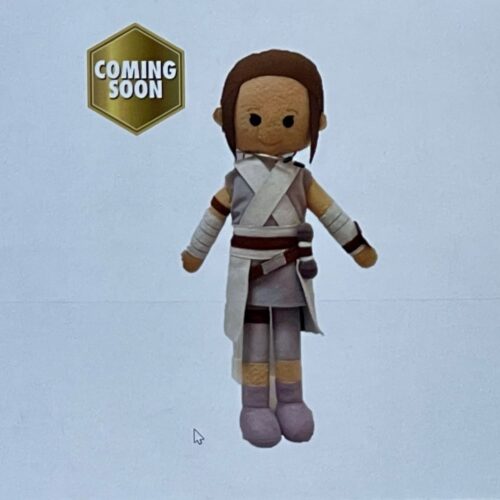 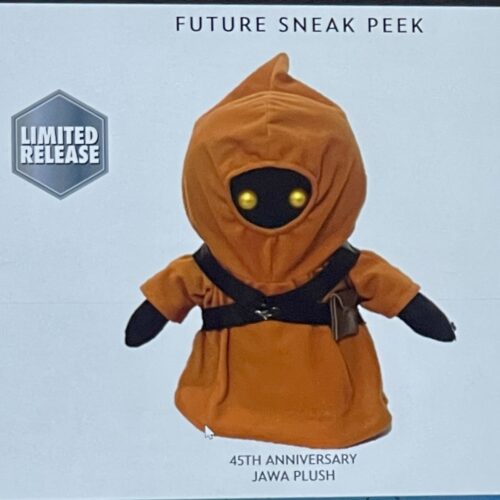 Grogu fans will also want to keep an eye out for a charming Grogu mystery plush and the new print, mini-print set, and vinyl coming to Wonderground Gallery. 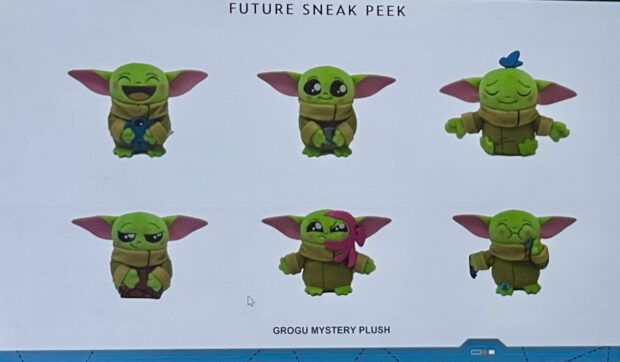 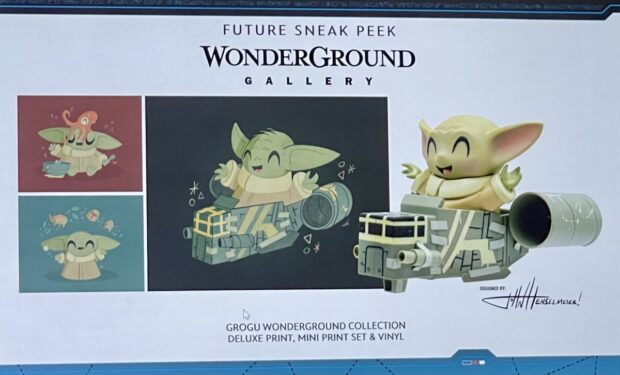 Also available in the parks – and beginning May 31, 2022, on shopdisney.com – is the new Camatono Case with a customizable lock is the perfect place to store your credits – and small enough to keep hidden from thieves (and stormtroopers).

We also got a sneak peek at the following items: 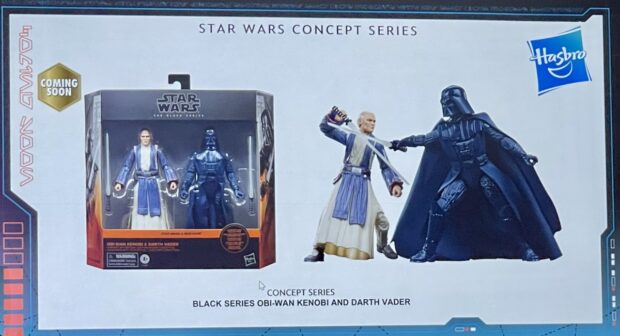 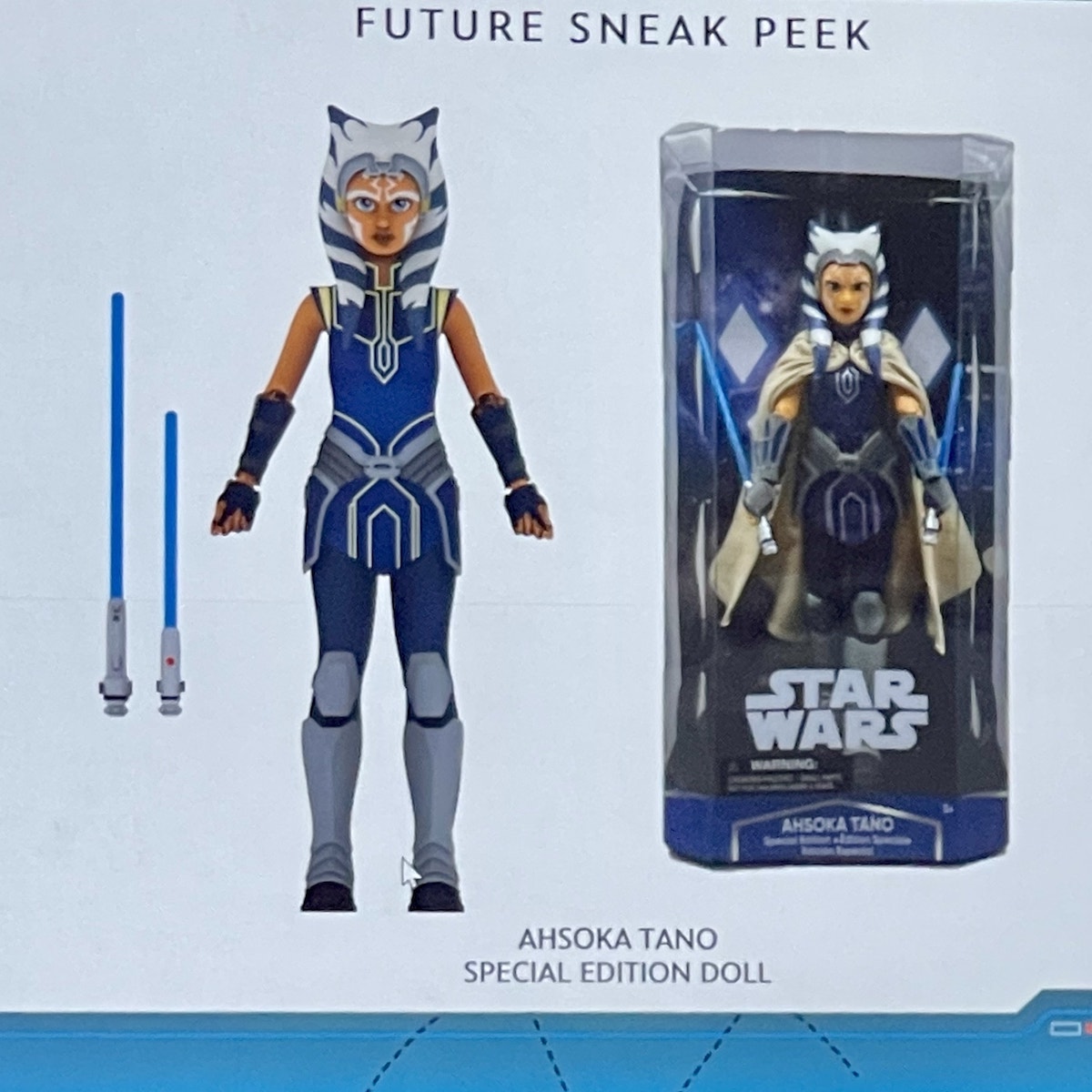 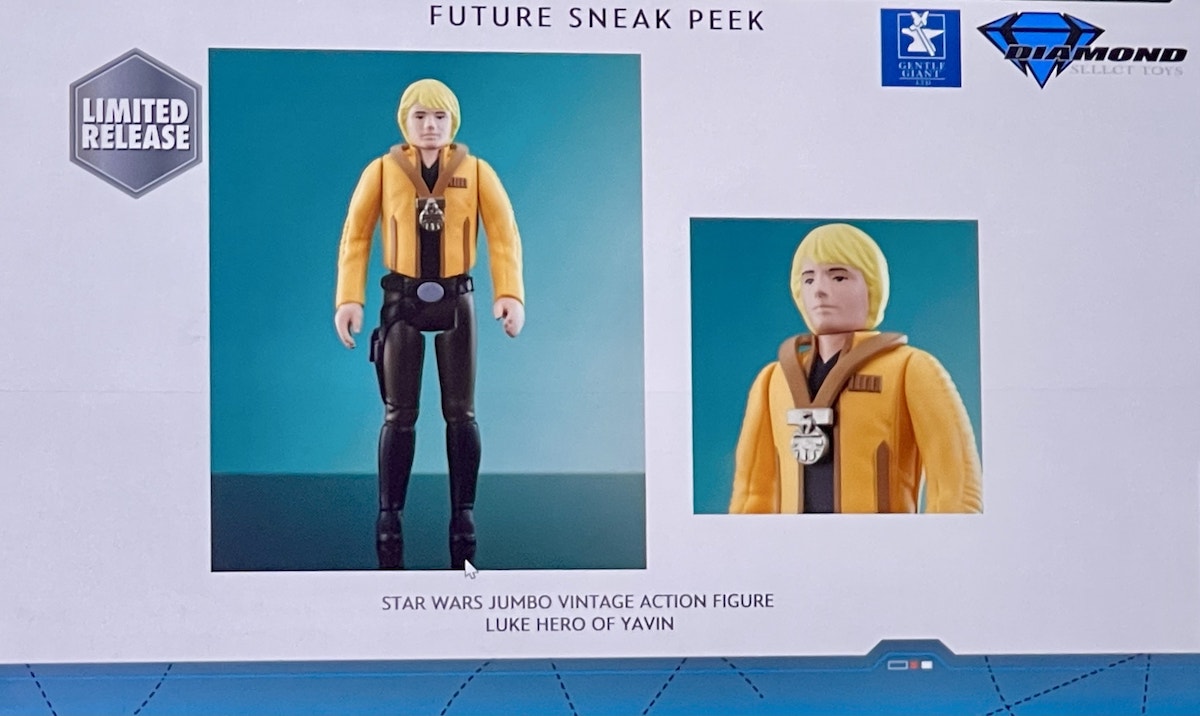 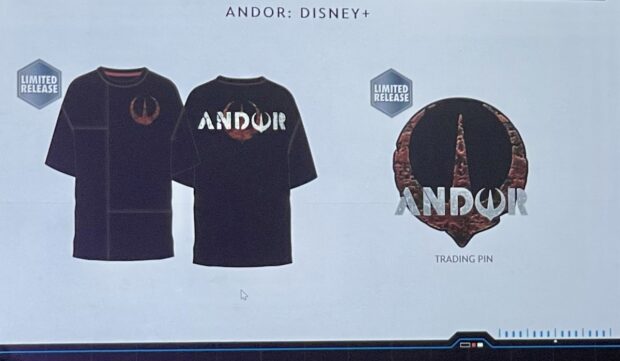 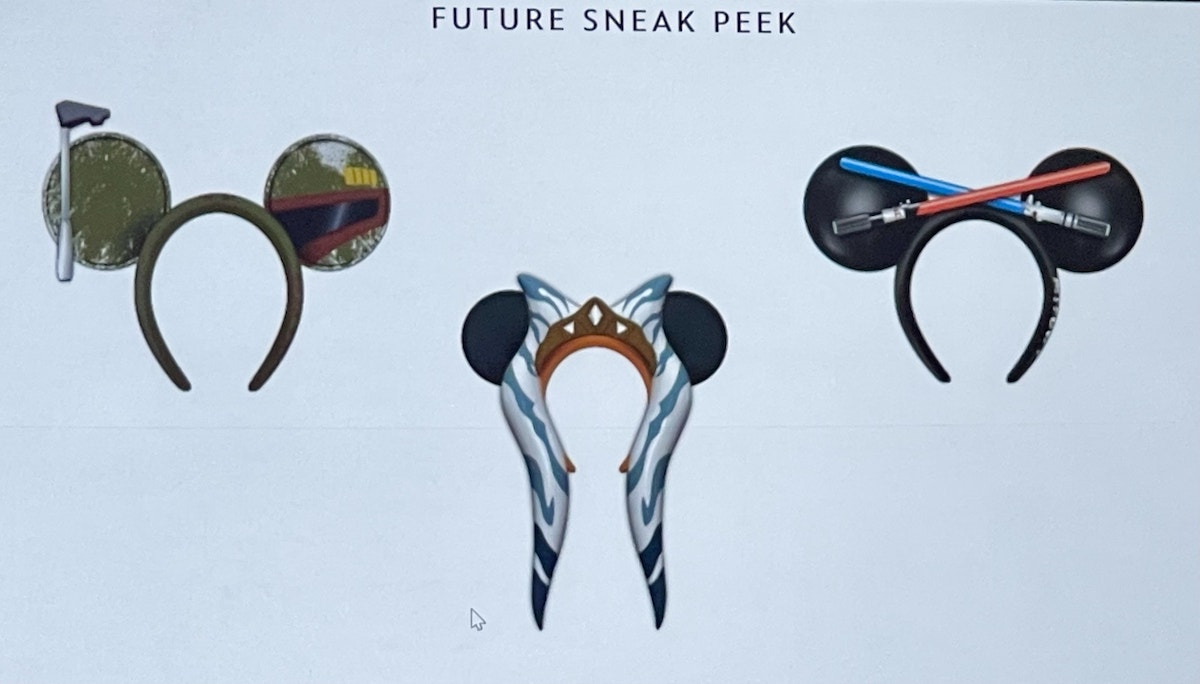 Check out our video of the Star Wars merchandise on display at Star Wars Celebration: