Spring has sprung at the Walt Disney World and Disneyland Resorts, and with it, tasty new springtime food and drinks, including the brand-new Swirls on the Water at Disney Springs and the return of breakfast to Red Rose Taverne at Disneyland. 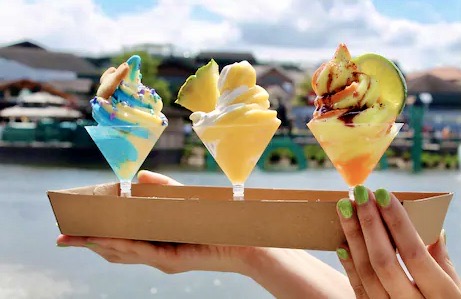 Starting March 29, 2022, Backlot Express at Disney’s Hollywood Studios will be offering an updated menu that includes a Cuban sandwich, a Smoked BBQ Pulled Pork Burger, a Teriyaki Tofu Bowl, and a Chicken Southwest Salad. Plus, the Star Wars-themed Wookiee Cookie is back! 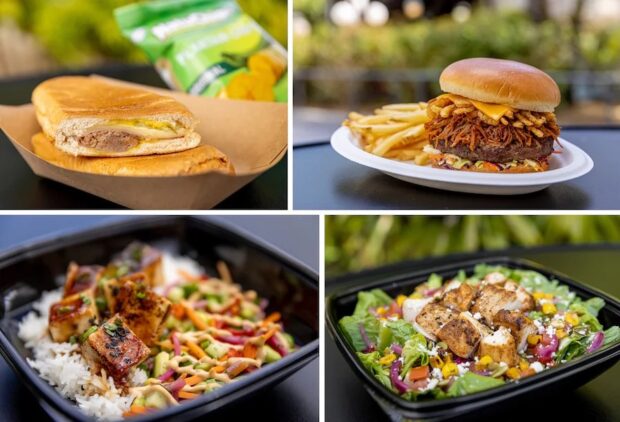 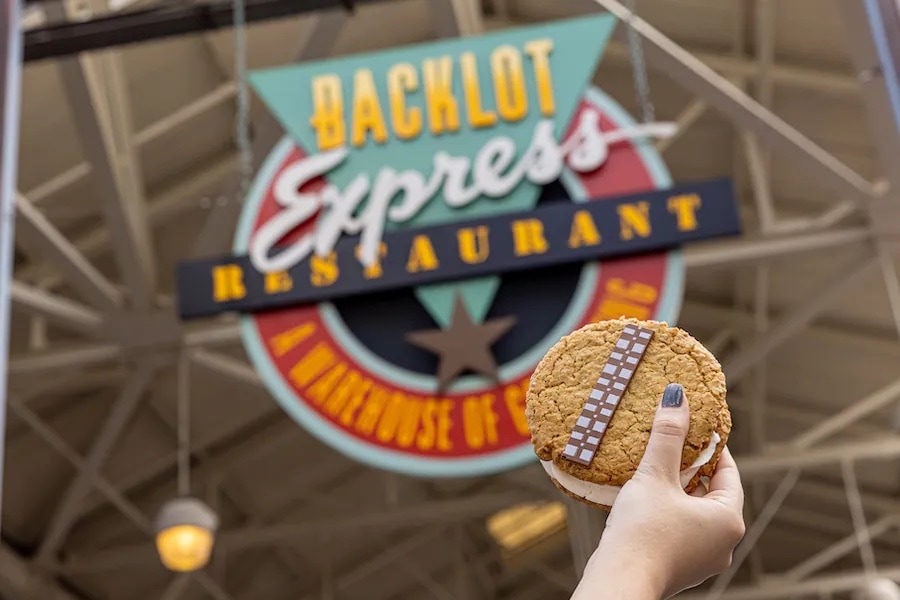 “You don’t have to look very far for a culinary adventure because there are some Wilderness Explorer Cupcakes waiting to be discovered across Disney’s Animal Kingdom Theme Park,” wrote Global Food & Beverage Digital Integration Specialist Nicole Cantore in the Disney Parks Blog. “At Pizzafari, you’ll find the Flamingo Badge Cupcake, a coconut cupcake with exotic fruit filling, coconut frosting, white chocolate pearls, and a white chocolate flamingo badge. Over at Flame Tree Barbecue, the Dragonfly Badge Cupcake is a pink lemonade flavor with a strawberry compote filling and topped with lemon frosting and a dragonfly medallion – how tasty! Lastly, the Dinosaur Badge Cupcake can be found at Restaurantosaurus and is a chocolate cake with a cookie cheesecake filling – yes, you heard that right – and finished with chocolate frosting and a white chocolate dinosaur badge.”

Disney’s Old Key West Resort is introducing a unique change to the Shrimp Fritters at both Olivia’s Cafe and Gurgling Suitcase Libations & Spirits to keep the environment in mind by supporting sustainable seafood initiatives. 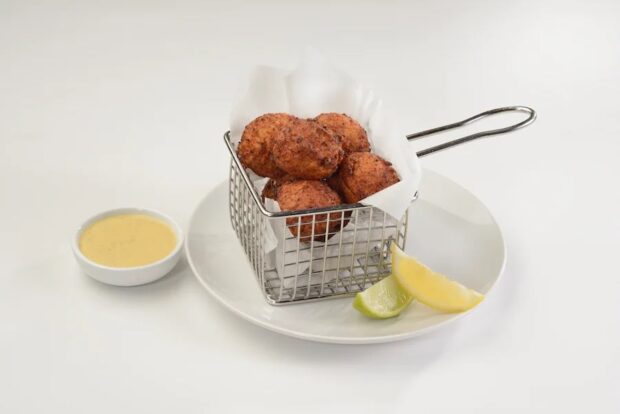 The food and drinks aren’t the only things new for spring. The Barcelona Lounge at Disney’s Coronado Springs Resort has recently begun featuring live music on Wednesdays and Thursdays – though you can Build-Your-Own Gin and Tonic as you enjoy performances by a Spanish guitarist.

“For our last resorts update, but certainly not the least. You’ve likely been wondering when Victoria & Albert’s would be opening its doors once again at Disney’s Grand Floridian Resort & Spa,” Cantore wrote. “I am very pleased to share that this beloved favorite will be coming back later this year. While we don’t have specifics right now, stay tuned for updates to come.”

The Red Rose Taverne in Fantasyland is once again serving breakfast to early parkgoers, including the hearty Beast Breakfast Burger (an Angus patty, bacon-orange marmalade, egg, and arugula on a toasted bun with a side of potato bites) and the Vegetable Quinoa Breakfast Bowl (quinoa, roasted mushrooms and cauliflower, arugula, tomato, potato bites, and spicy lime aioli).