National Rum Day and National Banana Split Day are on the menu this month, and Ole Red Orlando will be serving up some tasty fare to tantalize your tastebuds.

Photos by Simon and Susan Veness

It shouldn’t be a surprise, though. Blake Shelton has been a smart entertainment operator ever since his debut hit “Austin” reached number one on Billboard’s Country Songs chart in 2001, and in his role as the sole original coach on TV’s “The Voice” talent show since 2011.

And, when it came to his signature restaurant brand, he was smart enough to include Orlando’s towering attraction of ICON Park in his expansion plans in 2020.

Ole Red Orlando sits at the heart of International Drive’s multi-faceted entertainment offerings, in the shadow of the 400-foot The Wheel at ICON Park and adjacent to the glittering new The Carousel on The Promenade.

The two-story brick building looks as solid as Shelton’s resume, and the capacious interior makes for an imposing concert venue. You might think that the food would be something of an afterthought, given the owner’s live music profile, but that is far from the case. 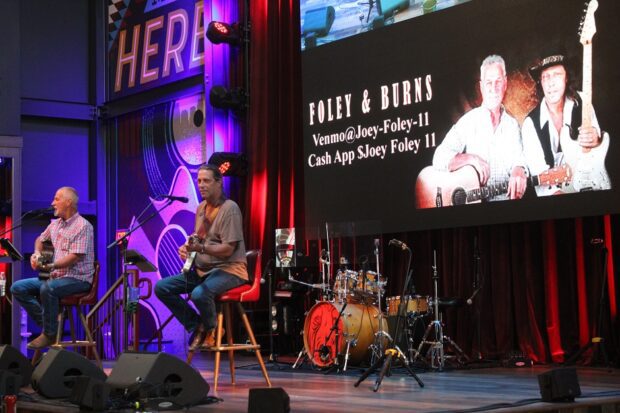 In fact, for those who like a good sandwich, barbecue, or crispy chicken, the Ole Red chefs were given free rein to create the kind of comfort food that puts the “zing” in amazing.

When we reviewed the new restaurant for Attractions Magazine for the Winter 2020 edition, we highlighted its strong Disney-experienced management connections and the heady, smoky aromas that greeted guests on arrival.

We loved the signature Nashville Hot Chicken Biscuit and positively adored the chunky house-made tater tots that were crispy on the outside but moist inside.

What we missed at the time were some of the little details Executive Chef Mark Boor had woven into the Florida-centric nature of the menu, such as the light touch of the Fish Sandwich, with its thin cornmeal crust (it’s still a two-handed sammy, but it won’t weigh you down), and the huge size and flavor of the Austin Brisket Sandwich, with its smoldering background spice from the addition of chorizo. 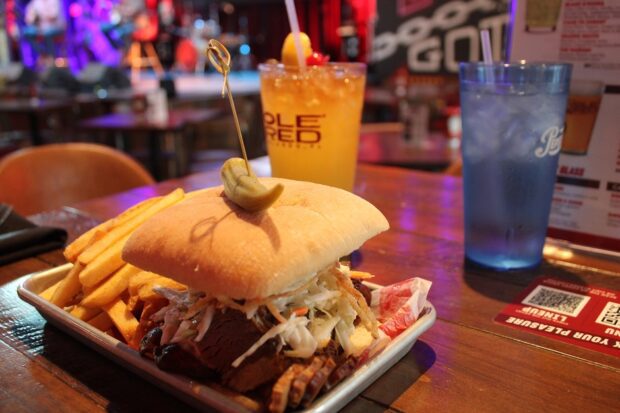 Happily, we were able to catch up with all those fine details – and more – as we returned to sample the restaurant’s headline offerings for the aforementioned National Rum and Banana Split Days (and, yes, those are both real occasions).

“Guests can enjoy Ole Red’s extensive selection of rum cocktails,” said our invitation, “including the Some Beach, String of Lights White Sangria, and the Redneck Mai Tai. And, if you’re looking for a sweeter way to cool down, look no further than the fan-favorite Chocolate Chip Cookie Banana Split. What better way to celebrate than with good food and drinks, live music, and indoor and outdoor seating!” 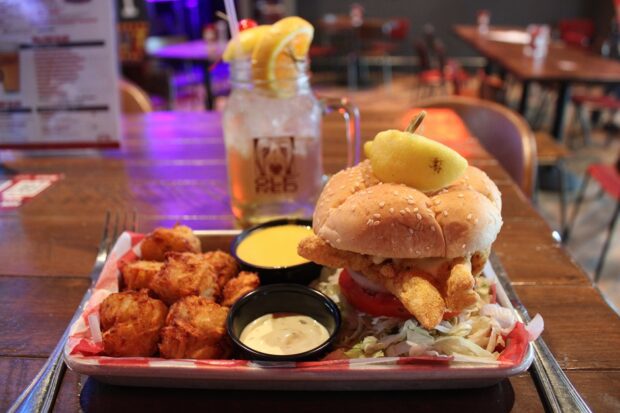 So, armed with the Sangria, Mai Tai, and the immensity that is the Chocolate Chip Cookie Banana Split, we waded into Ole Red’s Rum ’n ’Nana personality with all the fortitude at our disposal.

First off, here is a Public Service Announcement: Do not come here if you’re on a diet, looking for a light alternative, or are otherwise in calorie-counting mode. This is pure extravagant territory, and no calorific prisoners will be taken.

Second, your tastebuds will thank you for every morsel you consume, both liquid and solid, within the brick-lined confines. If you’re on vacation, it’s a fully justified splurge. If you’re not on vacation, just lie to your calorie conscience. It will probably be too busy enjoying the music anyway.

And here’s our verdict:

The String of Lights White Sangria (Sauvignon Blanc, Pineapple Rum, Apple Juice, and Fresh Fruit) is the perfect way to open your Ole Red account, with floral notes from the wine and a golden flourish from the pineapple rum. 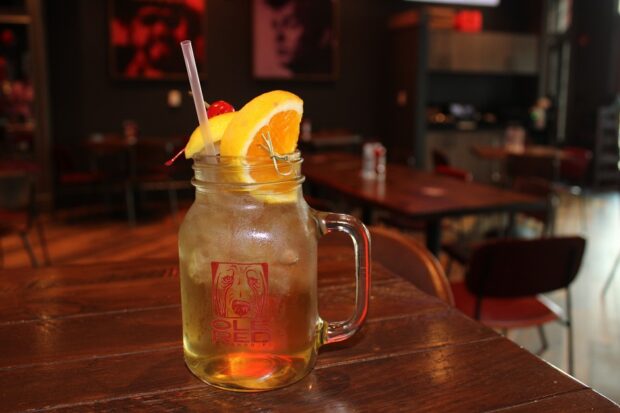 The Redneck Mai Tai (Rumhaven Coconut Rum, Myers Dark Rum, Mountain Dew, Melon Liqueur, Pineapple Juice, and Orgeat) is the drink you want with your entrée, a smooth, layered, heavy-hitting treat that doesn’t overpower your senses so much as invite them to a party in the islands. 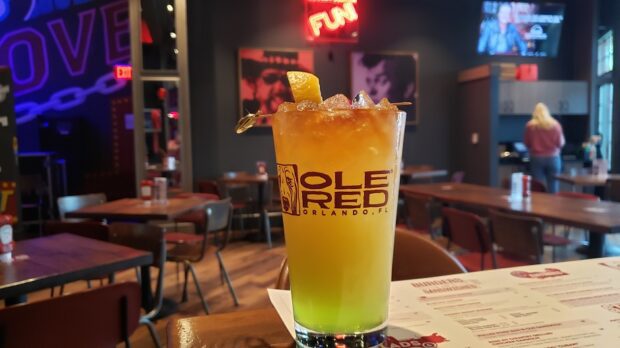 And, after those entrees (come hungry, because this is a big finish!), the Chocolate Chip Cookie Banana Split can be summed up in two words: Magnificent decadence. 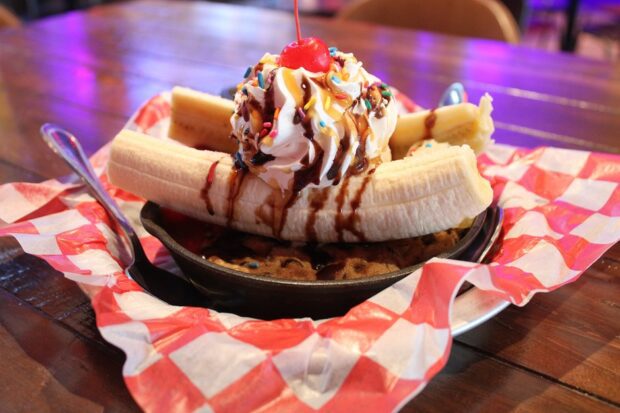 In truth, neither of us has had a banana split since we were teenagers, but this reintroduction to the classic dessert (Chocolate Chip Cookie, Vanilla Ice Cream, Crushed Pineapple, Strawberry, Chocolate and Caramel Sauces, Whipped Cream, Sprinkles, and a Cherry on top) was worthy of any kind of national day, be it rum, bananas, or any other kind of fruit.

The good news is that they will all be on the menu long after the “national days” ascribed to them have passed. So, if you’re coming to Orlando after August 25, 2022 you still know what to order.

For more details on Ole Red, and their live entertainment schedule, see OleRedOrlando.com.

Get ready to glow at first Museum of Illusions nighttime party

Hasty Pudding celebrates Coolidge as its Woman of the Year