LOS ANGELES — When Jennifer Rosenfeld began doing research for her senior thesis, she did not know she was about to stumble across a story that would redirect the course of her life.

She was in the midst of studying the novel “Dr. Zhivago” by Boris Pasternak at Stanford University and was granted access to his family archives, an extensive collection of which is housed there.

Among the documents, Rosenfeld discovered an essay written by Pasternak’s sister Josephine about the White Rose, a small resistance group in Nazi Germany led by five students and their professor.

Josephine knew some people involved and wrote the essay 10 years after their execution but could not find a publisher. A pile of rejection letters boxed up with the essay itself.

“This represents a woman’s sincere desire and wish to get the story out into the world and she was unable to in her time,” Rosenfeld said, explaining her reaction to finding the material. “I just felt like no one else is going to come upon this. So I need to do something with it.”

The idea would not let her go until, finally, she returned to her piano. Rosenfeld had studied music in her youth and “was just obsessed with musical theatre.”

She even has an old journal filled with playbills and ticket stubs from shows she saw. In a way, an archive of her own.

“And I would write these very extensive reviews,” she said, flipping through pages covered in multicolored ink and stickers.

Although she had long given up her dreams of being a professional musician, she began composing what would become “The White Rose,” a musical about the resistance group. It’s a fitting format, she says, because music was important to the members.

“I just thought, you know, you can’t tell the story without music,” Rosenfeld explained. “It’s such a huge dimension of what mattered to them.”

During the pandemic, she recorded a concept album featuring four musicians and several singers, including Randal Keith, who she had seen play Jean Valjean in her favorite musical, “Les Misérables.”

“Randal Keith signed my Playbill when I was 14,” she chuckled, showing off the cover that is taped inside her journal. “He’s so amazing.”

For Rosenfeld, this project had many full circle moments. Her family is Jewish, and she says her grandmother left Poland on the last ship of Jewish refugees from Eastern Europe that was accepted into the United States. So for her, the story of the White Rose is very personal.

“They didn’t need to do what they did,” she said, “But it was in part sort of standing up for people like me or my relatives and I have so much gratitude for that.”

The tale of resistance is also incredibly timely, she says, given what is happening in Ukraine. “You know a big theme in the musical is around courage,” Rosenfeld explained. “I think it’s a moment for everyone to really consider what matters to me, and how do I want to use my life and what do I want to say.”

Besides the album, she has also released a podcast, a companion piece that follows her writing journey. She hopes one day to do a staged version of her musical, but mostly she just wants to do justice for Josephine and the story she wanted to tell.

“I can’t control what happens next,” she said, “but I think I did my part. And I did my best to honor Josephine and her words.”

As she sings in the piece, “It’s what I was meant to do.”

To stream the music or podcast, visit here. 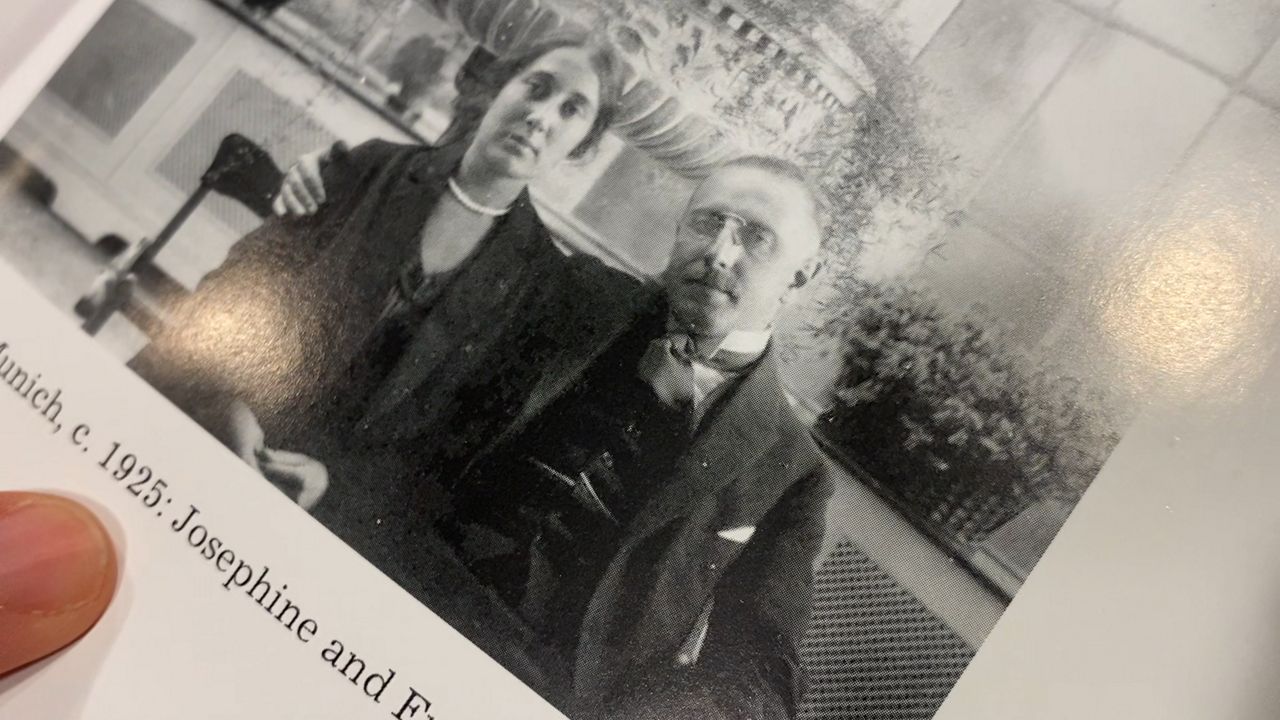