Movie Park Germany amusement park will reopen on March 25, 2022 with a new children’s area, expanded retail and dining, and the return of four favorite attractions.

The movie-themed park in Bottrop, Germany has taken advantage of its temporary down-time with a major upgrade to its infrastructure, adding 12 electric car charging points near the main entrance, 50 themed benches for on-set breaks, digital waiting time displays, and a new 250-speaker high-tech digital sound system in the Hollywood Street Set area of the park, creating a more immersive movie soundtrack experience.

“After the opening of our new main attraction, ‘Movie Park Studio Tour,’ last year, we are now increasingly focusing on a qualitative upgrade of the park and its infrastructure before and during the 2022 season,” said Managing Director Thorsten Backhaus. “In doing so, we are not only investing in new offers and the general appearance of the park, but are also specifically addressing the wishes of our guests and dedicating ourselves to topics that play an important role for their stay.” 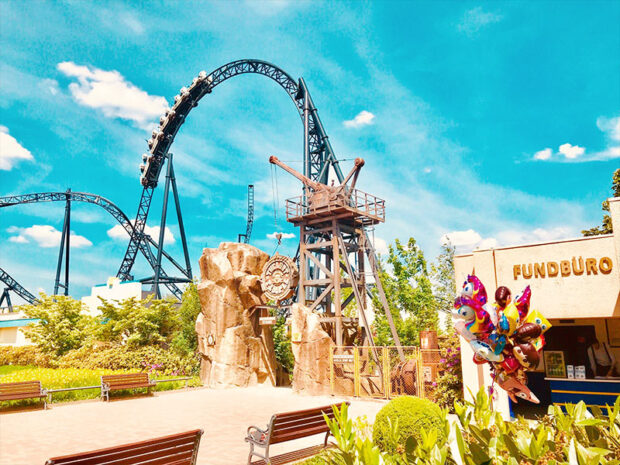 After closing for two years due to the Covid pandemic, the Roxy 4-D cinema will reopen, as will The Lost Temple roller coaster and the Time Riders simulator ride.

If current covid rules allow, the “Crazy Cops New York” live action stunt show is also scheduled for a comeback. If allowed, the Falco team from Italy – who recently set a world record for the fastest tire change on a two-wheeler – will return to perform in the thrilling show filled with squealing tires, astonishing stunts, and explosive scenes.

Movie Park’s creative team is already working on a new version of the show for 2023. 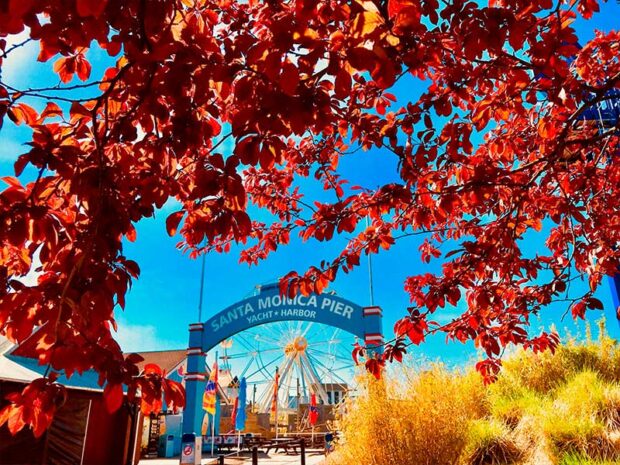 The Santa Monica Pier area will get a new children’s play area in 2022, replacing the former Little Harbor with new playground equipment including a large climbing fish, trampolines, and a Baywatch tower and slide inspired by the beaches of California, plus a kid-friendly water play area. 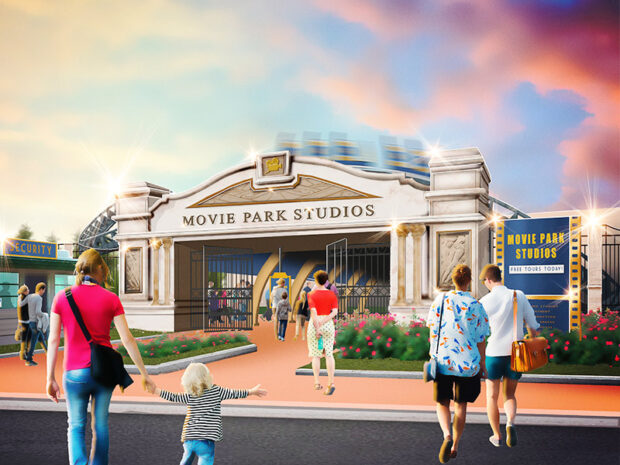 The park’s headliner roller coaster, Movie Park Studio Tour, will reopen with a new Gate 1 shop, which will be accessible from the coaster’s exit and from the exit for the Excalibur – Secrets of the Dark Forest water attractions in the Hollywood Street Set area.

The shop will carry souvenir items related to the park and the coaster, along with Dunkin’ Donuts sweet treats, which can be enjoyed at an outdoor terrace adjoining Gate 1. An official soundtrack of the Movie Park Studio Tour will also be on sale here.

Coca-Cola freestyle stations will be found throughout the park, allowing guests to create their own soft drink concoctions, or choose the Hollywood-inspired Marilyn’s Pinky Punch or Sam’s Sweet Secret drinks, created especially for Movie Park.

Along with all of these reopenings and upgrades, the park will expand the number of dates available for their Halloween Horror Festival, which will begin on September 24 and end on November 13, 2022, extending he frights to 27 event days. The Horrorwood Studios will also be open during these added dates.