When the Lucas Museum opens in 2025, it will not be a Star Wars museum. Instead, the 300,000-square-foot building will be a first-of-its-kind institution devoted to the meaning and impact of narrative art, of which the Star Wars saga is certainly an example.

“Narrative art tells the story of a society,” George Lucas explains on the museum’s website. “Most importantly, what the common beliefs are that hold it together.”

Co-founded by Lucas and his wife Mellody Hobson, the Lucas Museum of Narrative Art will be the first museum to focus exclusively on storytelling through images, with an extensive collection of artwork from across cultures, places, times, and mediums, including paintings, sculptures, murals, photography, comic art, book and magazine illustrations, and the arts of filmmaking.

“We believe that narrative art can connect us and help shape a more just society,” said Director and CEO Sandra Jackson-Dumont. “As a result, every element of this institution contributes to that idea, [including] the campus with its iconic building and […] the wonderfully evolving collection of narrative art that features multifaceted perspectives through the stories humans have told throughout history.”

Currently under construction in Los Angeles’s Exposition Park, the $1-billion museum’s 11-acre campus will also include a park and gardens. 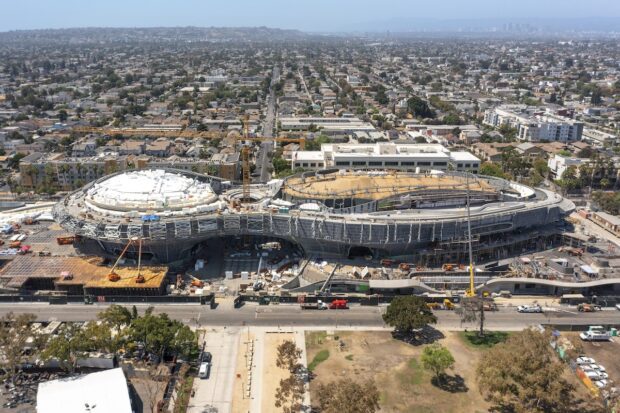 Taking inspiration from the large trees in Exposition Park that “provide places of shelter and gathering,” the museum’s innovative building will include a gathering space in the central plaza. The building surface will consist of more than 1,500 curved fiberglass-reinforced polymer (FRP) panels, each uniquely shaped and placed.

The surrounding park will offer programming for museum audiences and the local community, with an amphitheater, hanging garden, pedestrian bridge, and more than 200 trees that will change with the seasons, offering new experiences with each visit. The new park and gardens will also employ a rain-harvesting system to capture water for irrigation.

The museum’s collection presents themes and viewpoints used by narrative art to engage its audiences, from ancient Roman mosaics to Renaissance paintings to contemporary photography.

“Through narrative art, people from every age and background can find connections between their lives and the lives of others across eras, cultures, and regions of the globe,” said Chief Curator and Deputy Director of Curatorial and Collections Pilar Tompkins Rivas.

Some notable pieces in the collection are: 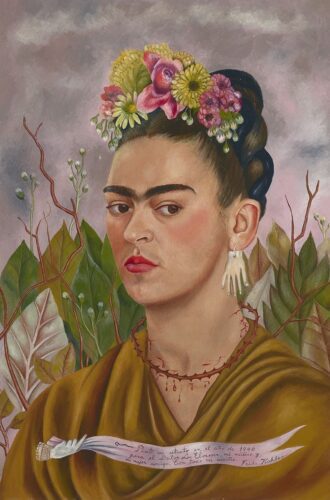 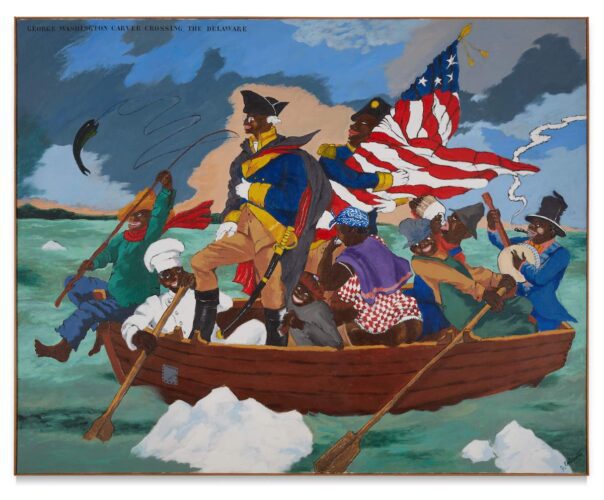 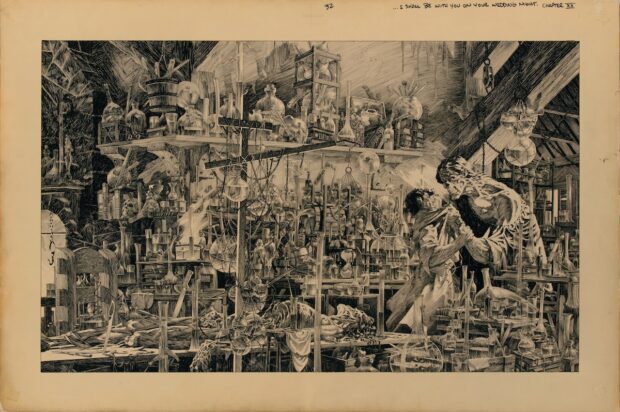 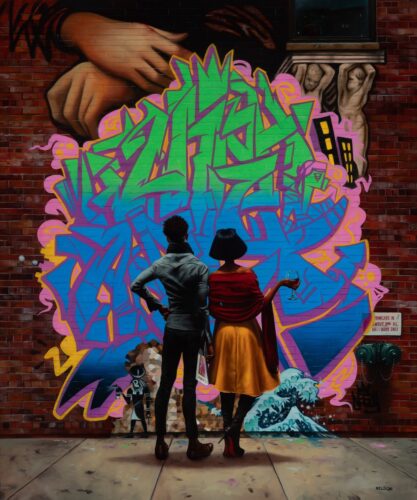 The museum’s collection of original works created for comics, books, and magazines include Alex Raymond’s Flash Gordon issue number 1, Jaime Hernandez’s 2010 alt comic Love and Rockets, and children’s book illustrations by Jerry Pinkney for “Black Cowboy, Wild Horses: A True Story” (1998) and Weshoyot Alvitre for “At the Mountain’s Base” (2019), her book about a Navajo World War II pilot. 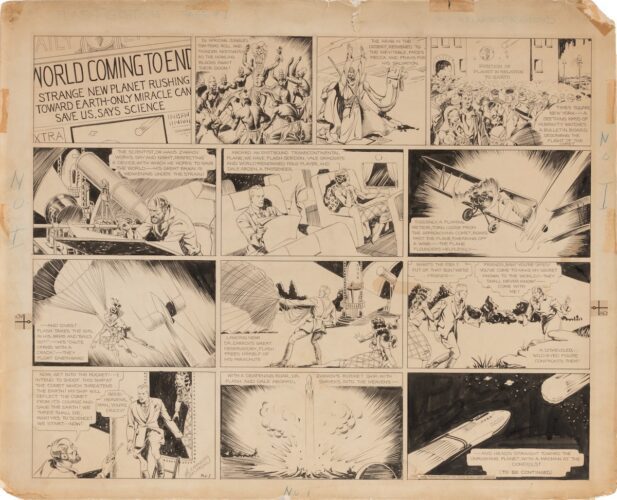