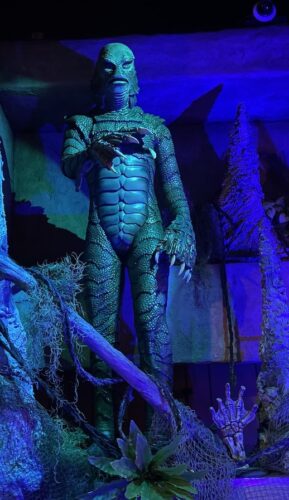 From crumbling tombs to collapsing laboratories, this new merchandise location surround guests with highly themed environments inspired by Dracula, Wolfman, Mummy, Phantom of the Opera, Frankenstein’s Monster, and The Bride of Frankenstein. Guests can shop for a variety of Universal Monsters-dedicated merchandise, pose with life-sized monsters and sets, and even have a characture of themselves made with their favorite monster.

Universal Monsters: A Tribute to the Creatures of the Night is open daily and located in the Sahara Traders store next to the Revenge of the Mummy roller coaster. No end date has been set for the store, but it has taken over the former Mummy ride exit gift shop. Revenge of the Mummy is currently closed for a long rehab until later this summer, so we expect the store will undergo another redo before the ride reopens.

If you can’t make it to the store, you can also buy some Universal Monsters merchandise at shop.universalorlando.com. 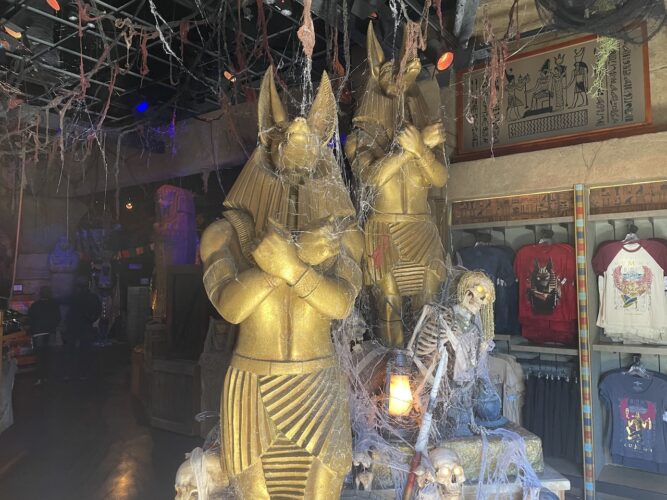 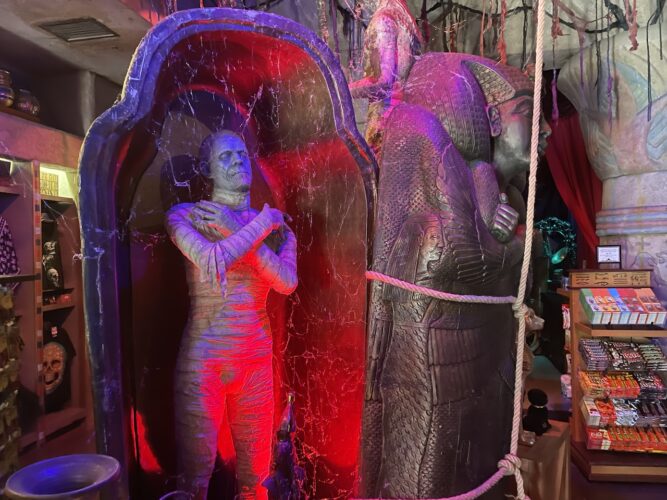 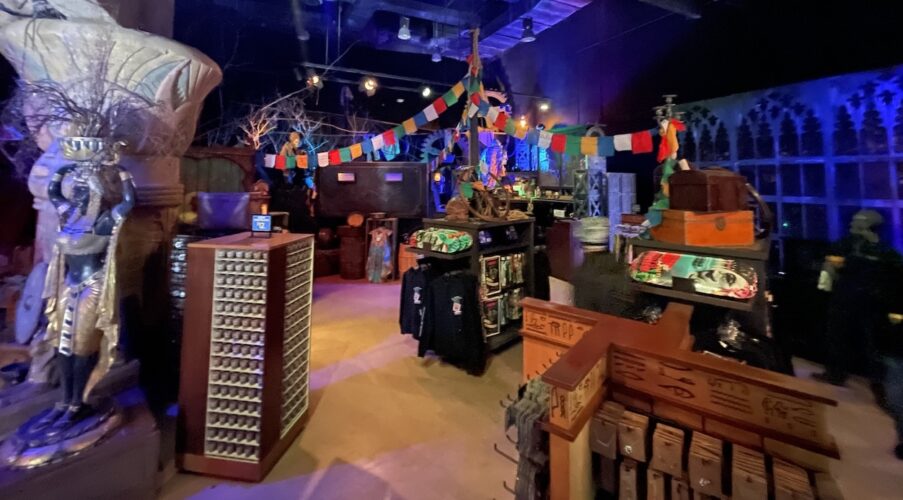 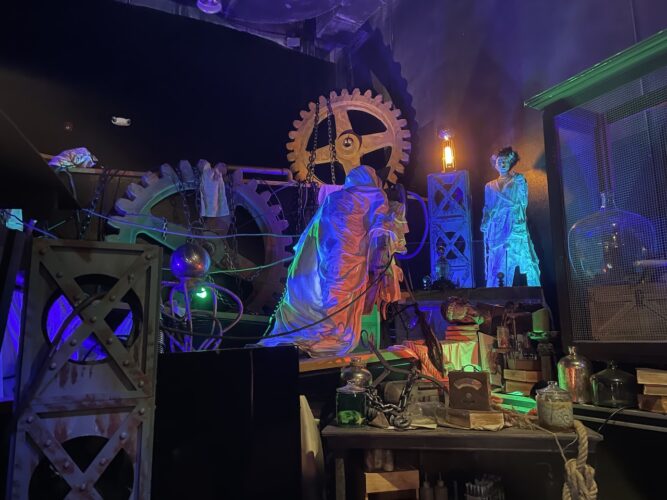 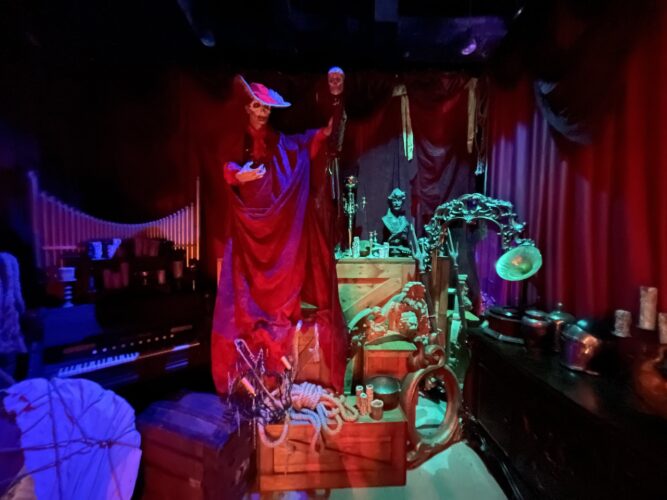