After more than 281 hours assembling 18,000 bricks, the Jubilee display will be on exhibit in Miniland for guests to enjoy, starting June 3, 2022.

Included in the park’s bricktastic exhibit are a scene depicting nine Red Arrows (similar to the Blue Angels in the U.S.) fly-over heading down The Mall toward Buckingham Palace, complete with smoke effects; a representation of the “Tree of Trees” place outside Buckingham Palace in honor of The Queen’s 70-year reign; and a street party celebrating the big event. 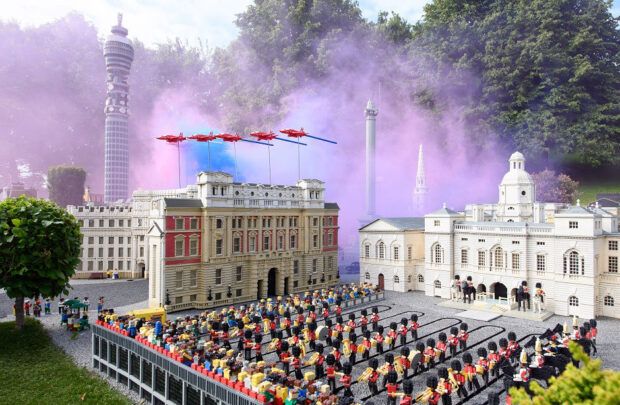 The Queen will also be seen in Lego form, standing on a miniature Buckingham Palace Balcony along with the Prince of Wales, the Duchess of Cornwall, and the Duke and Duchess of Cambridge along with their three children. 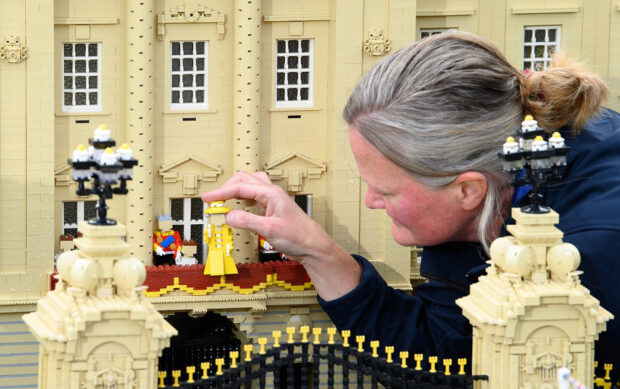 A cheering crowd standing below them surrounds the “Tree of Trees.” 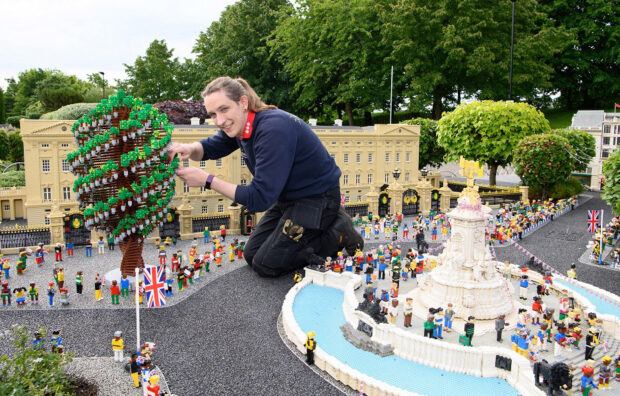 In addition to these scenes, visitors can view a second Lego build of The Queen, made from 1,350 bricks over the course of 15 hours. Here, The Queen is wearing a bright yellow dress and a hat while “traveling” to Ascot in a tiny, motorized car that approaches the Union Flag-adorned Mall. 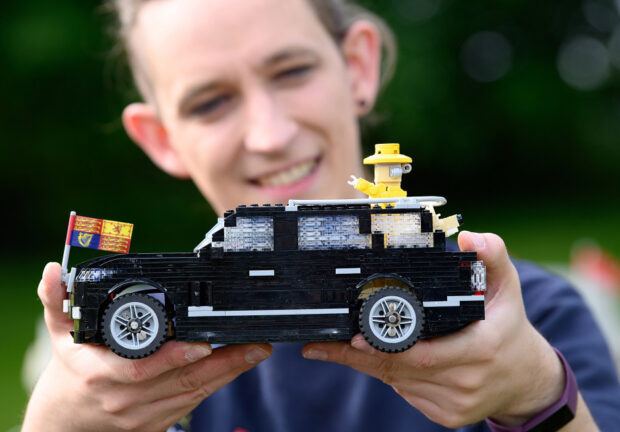 Near the Windsor Castle area of Miniland, a Lego brick representation of “The Big Lunch” picnic celebration and the “Long Walk” three-mile pathway through Windsor Great Park, leading to Windsor Castle. In honor of the Jubilee, red, white, and blue bunting, tiny flags, and gingham-clad picnic tables covered with Lego food adorn the scene. 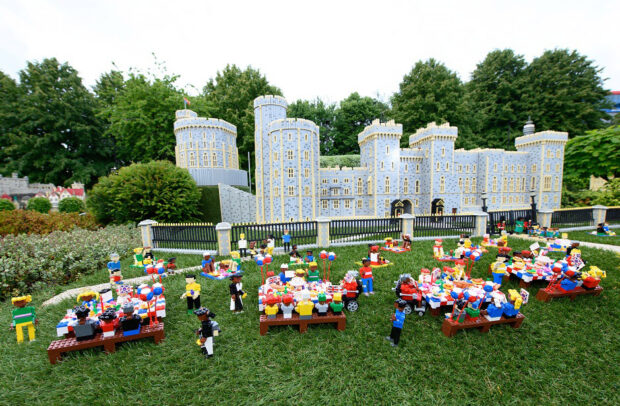 “The royal connection between Windsor and Her Majesty meant that our Model Maker team had to pull out all the stops to mark this monumental occasion here in Miniland,” said Paula Laughton, chief model maker at Legoland Windsor Resort. “It’s always a joy to be able to recreate iconic moments in British history in Lego form, and we hope guests to the resort will enjoy catching a glimpse of The Queen as they’ve never seen her and the Royal Family before, with a little miniature majesty.” 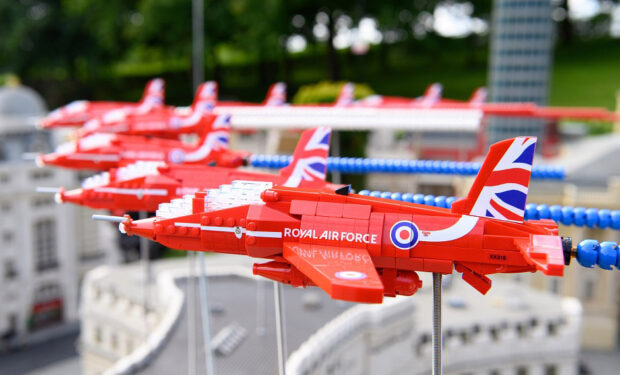 The Jubilee-inspired scenes will remain on display until the end of Legoland’s main season in November.