Legoland Korea Resort – the nation’s first global theme park and the world’s 10th Legoland – held a commemorative key ceremony to mark its completion ahead of its official opening on Children’s Day, May 5, 2022.

“As we gear up towards the official grand opening of Legoland Korea Resort, it brings me immense joy to host today’s Key Handover Ceremony and to meet in person everyone who has helped us in this endeavor, as well as share our hopes and expectations for the future,” Varney said. 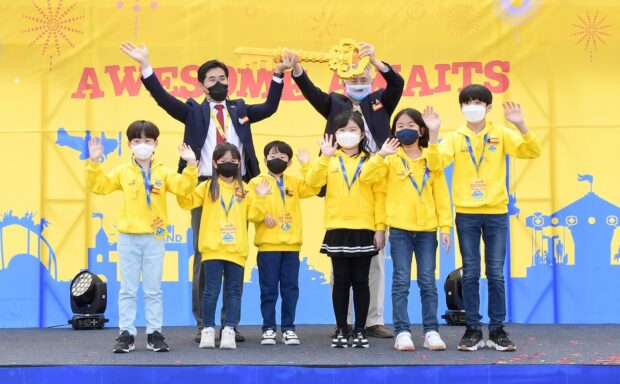 The 28,000-square-meter Legoland Korea Resort is the first Legoland to be built on an island, and includes more than 40 rides, shows, and attractions and a 154-room Legoland Hotel.