In 2011, creator Jon Braver brought to life his passion project, “Delusion.” Now, over a decade later, this totally unique and everchanging piece of interactive horror theater continues to thrill crowds this Halloween season and beyond. The 2022 production, “Delusion: Valley of Hollows,” takes us into the 1970s and the world of cults. Are you ready to play your part?

Audience members play the role of Deprogrammers. Their mission is to help rescue people from the influence of cults. The story goes that, since the disappearance of Esther Phillips over twenty years ago, a cult known as The Hollows was born. Fanatics from around the world have come to her estate, driven by rumors of a gift beyond this life, if only they would die on her grounds. But when audience members take the journey, they will soon learn the truth behind The Hollows.

“Nothing brings people together more than visceral, live experiences,” commented Braver. “Thirteenth Floor [producing partner] as a company sees beyond the simple jump scare. Delusion is far more than that. I have personally seen lives changed after a harrowing journey through our living, breathing otherworlds. We need this now more than ever.”

“Delusion: Valley of Hollows” returns to the Phillips Estate in Pomona, California where last year’s production, “Delusion: Reaper’s Remorse,” was presented. By returning to the same space, “Valley of Hollows” is able to be a sequel of sorts to “Reaper’s Remorse.” But not to worry if you weren’t able to see last year’s production. This year’s show was carefully created in order to make sure new Delusionals (as audience members are lovingly called) won’t miss out on any story beats. 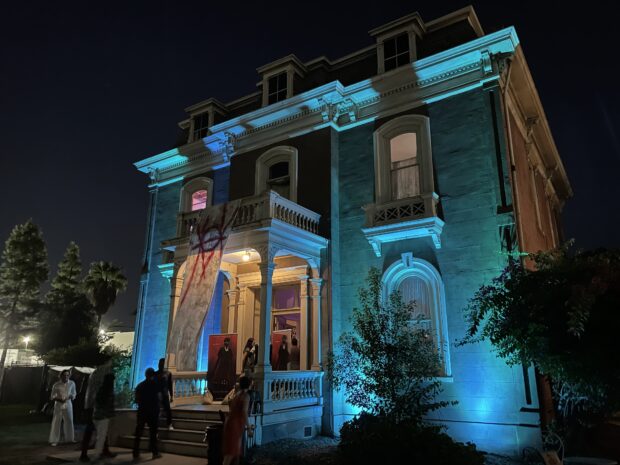 On the opposite end of the spectrum, any audience members returning after last year’s production, don’t worry about a repetitive experience. This story is brand-new, and the space is used in an entirely new way. As someone who got to experience both “Reaper’s Remorse” and “Valley of Hollows,” I was most impressed by how the change of path made the space feel familiar, yet new. The production is still full of those “wow” moments as you turn corners, even if you’ve been there before.

Another great addition to this year’s production is the inclusion of pre-show entertainment on the main grounds of the venue. While waiting for your journey to begin, characters can be found roaming around. The improv actors do a great job getting you into the world of the story and even share some background information. I encourage you to chat with them to get more out of the experience.

With the addition of the pre-show characters, plus extended food, drink, and beverage options, in addition to the approximately one-hour long show, Delusion has turned itself into a full night of entertainment whether you purchase a VIP ticket with added experiences upstairs, or a general admission ticket.

Before attending the show, you should know you will be expected to take part. There isn’t such an extreme amount of involvement where you need to be a master at improv, but you do help move the story forward. You should also be comfortable moving quickly through very dark spaces and running up and down stairs. When attending any Delusion production, dress for comfort. Especially in the footwear department. You will be surrounded by creature effects, stunts, elaborate set design, and an original score, making for a one-of-a-kind experience. So, make sure you’ll be physically comfortable enough the whole time in order to take it all in without distraction. 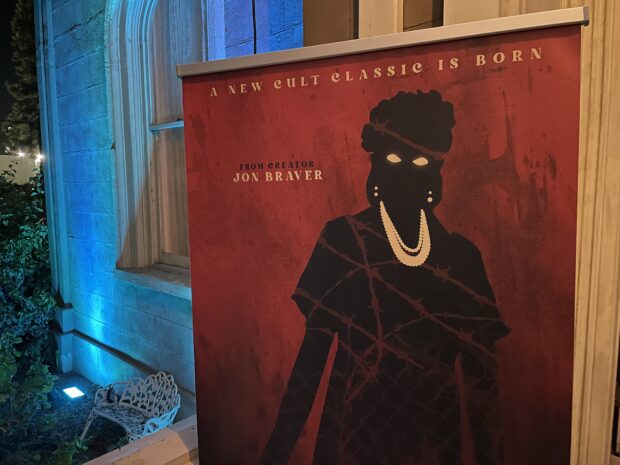 As we’re approaching the end of the Halloween season, it can often feel like a sad time for those of us who love to attend haunts and other Halloween festivities. Luckily for Southern California residents, the spooky season can extend beyond October 31st as “Delusion: Valley of Hollows” tickets are now available to book through November 20, 2022.