During the ride we noticed they appeared to be audio testing Tiana’s Bayou Adventure. While we could not hear what the riders were saying, we do know many of them to be Walt Disney Imagineers working on the Tiana’s Bayou Adventure attraction, including one noticeable figure, Charita Carter, Executive Creative Producer for Relevancy Activations at Walt Disney Imagineering, who has been leading this project. 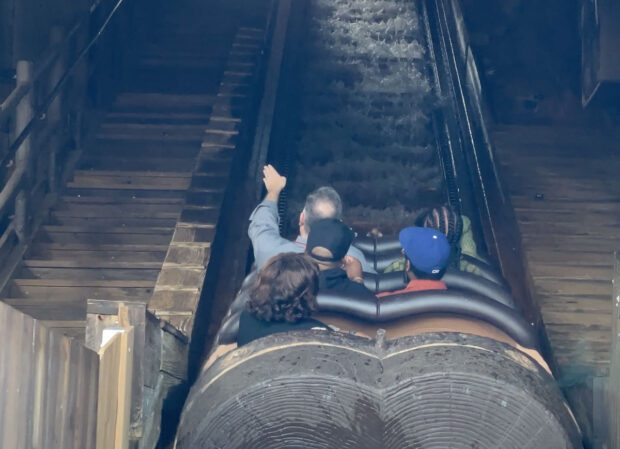 We believe this ride-through was to listen to new attraction audio as a group. Several of the riders were wearing headphones and there was a smartphone and an MP3 device they were connected to. 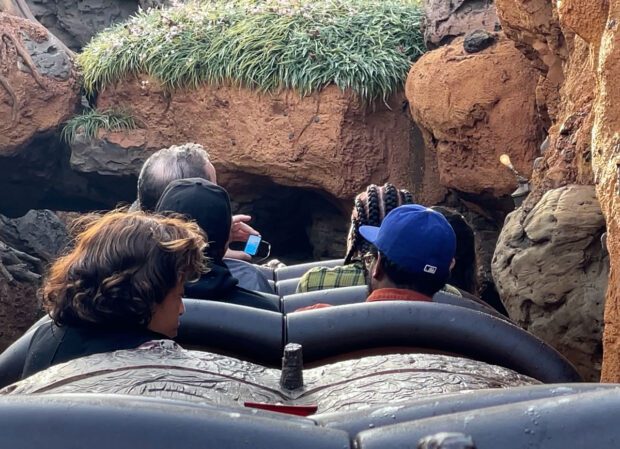 This device (seen above) was used each time the Imagineering team went into a new scene of the attraction. As we know, the upcoming Tiana’s Bayou Adventure ride will have the same ride path layout as the current Splash Mountain. So we assumed the Imagineers were listening to the upcoming attraction audio in real time. That doesn’t necessarily mean the ride audio is final and the music is ready to go though. Since we can’t hear what’s playing, this is an assumption, but one we’re pretty confident about. 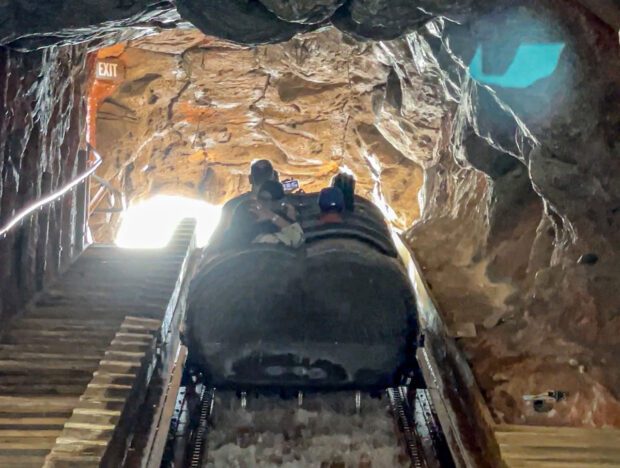 Unfortunately, we were not able to see with our eyes (or the camera) what the audio devices said. But we can confirm this group of Disney Executives and Imagineers were continually pointing at specific ride scenes, animatronics, and props. 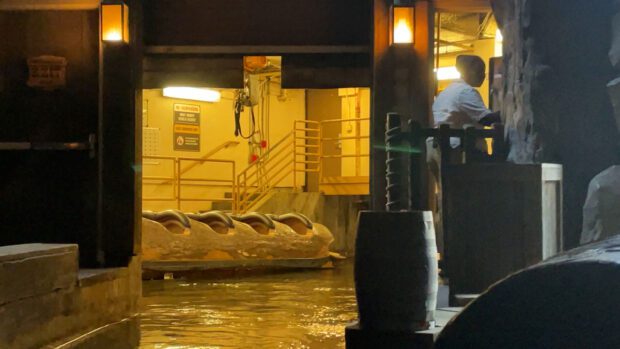 As we turned the final corner into the unload area, we were given this view of the docking zone for the Splash Mountain log flumes. The attraction had been down all morning with no water running, and we were stopped numerous times during our ride. At first we thought this could have all been due to ride issues, but we now wonder if the attraction opened late to let Walt Disney Imagineers do a walkthrough for further testing.

Learn more about this upcoming attraction, which will debut at Magic Kingdom park in Florida and Disneyland Park in California in 2024, in the link above.