Icon Park on Orlando’s International Drive has moved to distance itself from last week’s tragedy on the Orlando FreeFall ride, where a 14-year-old boy fell to his death on the towering attraction.

In a press release and message on the front page of the Icon Park website posted today, March 28, 2022, the company demanded that SlingShot Group, who own and operate the FreeFall and the adjacent Orlando SlingShot ride, suspend all operations “until the attractions are proven to be safe by the authorities.”

The move from the site’s owners comes as two major legal teams have been hired by the family of the teen, Tyre Sampson, to represent them in what is sure to be a lengthy official investigation.

The Icon Park statement continued, “As the landlord of the 20-acre entertainment destination in the center of the Orlando Entertainment District, Icon Park’s mission is to provide safe, family entertainment. We rely on our tenants to be experts at what they do. 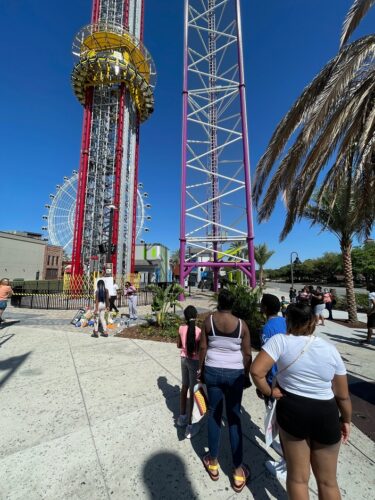 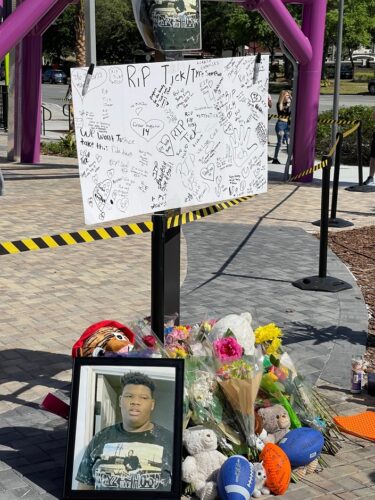 “In the interests of public safety, Icon Park demands that the SlingShot Group suspend not only the operation of Orlando FreeFall but also the operation of Orlando SlingShot, effective immediately, continuing until such time as a thorough investigation by the appropriate authorities has been completed and all parties are satisfied that the rides are safe for the public. 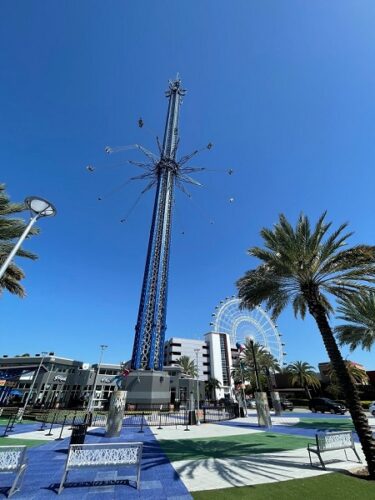 “We continue to fully cooperate with the ongoing investigations of the Orlando FreeFall. We continue to grieve the passing of Tyre Sampson and our thoughts are with his family and friends. This was the saddest day in the history of Icon Park and we’re working hard to make sure this never happens again.”

Operations of both the Free Fall and Orlando Slingshot have already been suspended by the SlingShot Group, but not their 450-foot StarFlyer swing ride, which is partly owned by Slingshot Group, but sits on land immediately next to Icon Park. The StarFlyer was listed on the Icon Park website under “Attractions” as recently as March 27, 2022, but it’s now been removed.

The FreeFall has rapidly compiled an improvised memorial for young Sampson just outside the 430-foot ride, which now stands idle. People continue to pay their respects at the site, and a vigil in the boy’s honor was due to be held there this evening (March 28).

According to the Orlando Sentinel, a preliminary report by the Florida Department of Agriculture and Consumer Services showed Sampson’s harness was still down and “in a locked position” when the ride stopped. The Sentinel also reported that the ride’s handbook shows the maximum rider weight as about 286 pounds. Sampson was said to have weighed 330 pounds.

Here’s our video report and ride on the Free Fall at the media event in early January: