During the “Disney Heroes vs. Villains” digital pin experience on Dec. 4, 2021, several new Disney pin series were unveiled for next year.

Marking holidays in 2022 will be special pins featuring Muppets characters Sam Eagle for President’s Day and Kermit the Frog, who makes it easy to be green on St. Patrick’s Day. Mickey Mouse will appear on pins for both Earth Day and Mardi Gras, while Minnie Mouse will commemorate Doctor’s Day. Additional holiday pins will feature Cinderella and Prince Charming for Valentine’s Day, Stitch for Spring Break, and Dopey for Spring.

Mystery Sets for 2022 include the “Hercules 25th Anniversary Set,” which consists of 10 pins featuring scenes from the animated movie on stylized Grecian urns and the “Disney Beauty and the Beast: Windows of Love” set that depicts characters on nine colorful stained glass windows. 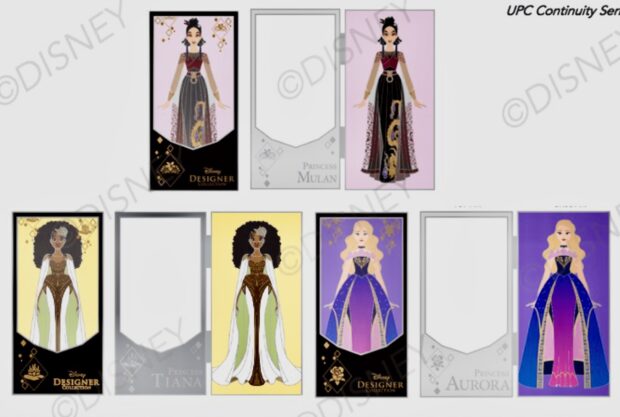 Mulan will also be featured in the “Disney Beautiful Florals” monthly pin series, along with Belle and Pocahontas. The 3-D, fully-sculpted flower (a rose for Belle, a magnolia for Mulan, and a sunflower for Pocahontas) pivots to reveal the princess beneath.

For Marvel fans, 2022 Limited Release Marvel pins feature Hawkeye and Scarlet Witch as well as a pin commemorating the upcoming 2022 release of the Marvel Studios movie “Doctor Strange in the Multiverse of Madness.”

Collectible Disney pins can be found throughout the parks and at shopDisney.com.

Disney announces new art display and store coming in May 2022