The Studio Tour — similar to the Harry Potter-themed Warner Bros. Studio Tour in London — is located at one of the HBO series’ original filming sites at Linen Mill Studios. The 110,000-square-foot exhibition is packed with props and costumes from the series, as well behind-the-scenes experiences.

The Studio Tour was originally set to open in 2020. Still, as the series celebrated its 10th anniversary in April, 2021, the opening of the Studio Tour comes at the perfect time to continue the legacy epic fantasy “Game of Thrones” helped bring to popular culture.

The exhibition is a massive, interactive museum dedicated to “Game of Thrones.” Put on by Warner Bros. Themed Entertainment and Linen Mill Studios, the Studio Tour brings “visitors closer to the Seven Kingdoms than ever before.”

Some of the most iconic sets in the tour are the Great Hall at Winterfell, where Jon Snow was deemed King of the North, and Daenerys Targaryen’s Dragonstone throne. The tour also brings to life scaled versions of King’s Landing, The Wall, and many other locations set within the world of “Game of Thrones.” 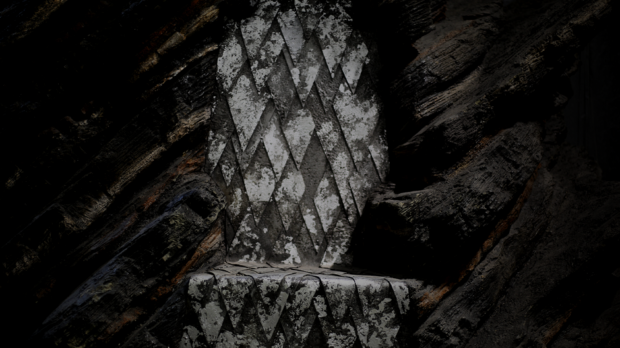 The Dragonstone throne at the Game of Thrones Studio Tour.

“Knowing you are in the very same spot where some of the series’ most memorable moments were filmed is an incredible feeling, and we know fans of the franchise will feel the same when they see the rich detail in the sets, costumes and props up close and personal,” said Peter van Roden, senior vice president of Warner Bros. Themed Entertainment.

Some of those props and costumes include Daenerys’ fur coat actor Emilia Clarke wore in season 7, as well as the leather and fur fashion worn by Winterfell northerners and the many different styles of coats and capes worn by various characters throughout the series. 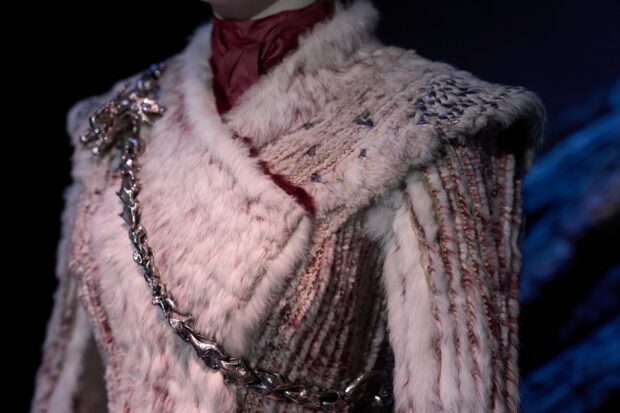 “This incredible and unique experience is set to bring the making of the show to life like never before, and we look forward with much excitement to welcoming fans and visitors from near and far as we throw open the Studio Tour doors and start a new chapter in the ‘Game of Thrones’ story here in Northern Ireland,” said Andrew Webb and David Browne, executive directors at Linen Mill Studios. “After many years as a closed and ‘off limits’ film studio, it is now time for fans from across the world to step inside the Seven Kingdoms and make their own personal journey through the world of Westeros at Linen Mill Studios.” 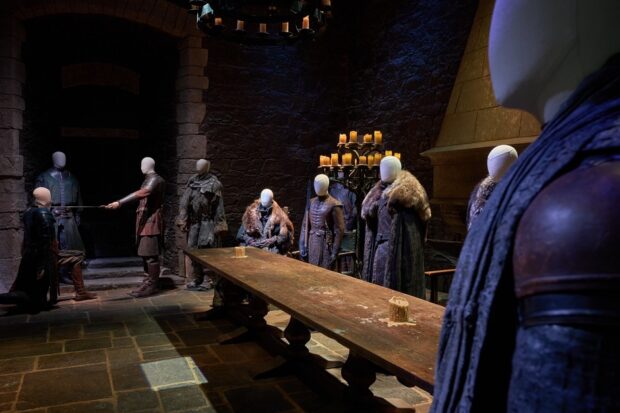 Besides the new Studio Tour, Northern Ireland is home to many of the series’ original filming locations. There are 25 sites, including spots where they shot scenes at Winterfell Castle, the Whispering Wood, the Stormlands, the King’s Road, Dragonstone and many more. Visit Belfast has a handy guide to finding all these locations.

“Over the past decade, Northern Ireland has welcomed fans from around the globe to the ‘real-world Westeros’ –home to the stunning landscapes, coastlines and mountains that have featured in some of the show’s most memorable scenes. Within easy reach of Dublin and Belfast, the new Game of Thrones Studio Tour will give fans a fantastic opportunity to go behind the scenes and be immersed in the sets, props and costumes used in the series. It will bring the Seven Kingdoms vividly to life, in the place where it all began,” said Niall Gibbons, chief executive of Tourism Ireland.

Children four and under are free, and the tour also offers family and group packs of tickets.

More information and tickets can be found at GameofThronesStudioTour.com.