Ever since Star Wars: Galaxy’s Edge opened a few years ago, it was made very clear that the ambitious theme park land fit into a specific timeline in the world of Star Wars canon. It was a level of detailed storytelling that was unprecedented in the world of theme parks. The work that was put into this by the Imagineers was admirable. But sometimes the best laid plans don’t work out how you’d like.

There’s a very fine line between giving fans what they want and giving them something they never knew they wanted, or even thought was possible. Almost immediately there were rumblings from fans that it was disappointing how we would never be able to see some iconic characters on Batuu like Darth Vader, Luke Skywalker, Yoda, and beyond. But Disney stuck to their initial intentions and insisted the timeline was important to the land. With the timeline in place, it wouldn’t make any story sense for these favorite characters to be hanging around Black Spire Outpost.

This was frustrating for fans, but I think it eventually became equally as frustrating for Disney. When “The Mandalorian” hit Disney+, Disney had a big hit on their hands. The introduction of Grogu (aka The Child/Baby Yoda) made the internet break. This undeniably adorable and lovable character stole the hearts of Star Wars fans. Naturally, Disney wanted to make Grogu merchandise to sell to the public as soon as possible. An iconic character like this doesn’t come along too often, and Disney had to strike while the iron was hot. But there was one big problem. 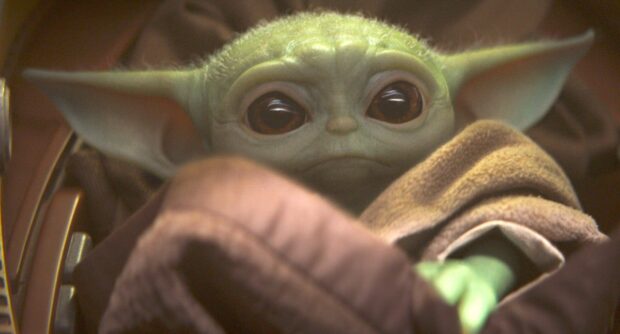 Sure, Disney could start designing and manufacturing Grogu merchandise quickly, but they couldn’t sell it in their biggest piece of Star Wars real estate because of a storyline mandate they put into place. We saw them work around this by simply setting up a makeshift merchandise stands at the entrances to Galaxy’s Ege, but this was not the ideal situation for selling more product.

But now, only a few years in, things have changed for the west coast version of the land in Disneyland. Recently, the characters Boba Fett and Fennec Shand have been spotted in Galaxy’s Edge. We also learned that the Mandalorian himself, along with Grogu, will soon be visiting Batuu. This big news and change of strategy was first announced at Star Wars Celebration and further explained on the Disney Parks Blog. Here is the official statement from Disney.

“We are committed to the long history of Batuu and the collection of amazing characters who inhabit the outpost including our legacy characters and original characters and know that we will feel the same about new and future characters from the ever-expanding galaxy of Star Wars storytelling. While we as visitors may be able to experience different stories throughout Star Wars history, the characters on Batuu can not. They will remain in their specific story and timeline and won’t intersect with other characters or stories that would not be appropriate for them.”

What this means is that characters from different timelines in the Star Wars universe can all visit Batuu, but if there are characters from different timelines, we won’t see them interacting with each other or having photo ops together. This seems like a sort of happy medium. It has hints of the Mickey rule where you won’t ever see two Mickey’s together at the same time, even though Mickey could be meeting guests at his house in Toontown while also taking photos in Town Square or performing in a parade. Yes, the character rules in Galaxy’s Edge have loosened up, but they’re still more strict than we often see with enemies like Peter Pan and Captain Hook gladly taking photos together. Under these new rules, for example, The Mandalorian and Kylo Ren will never be seen together. 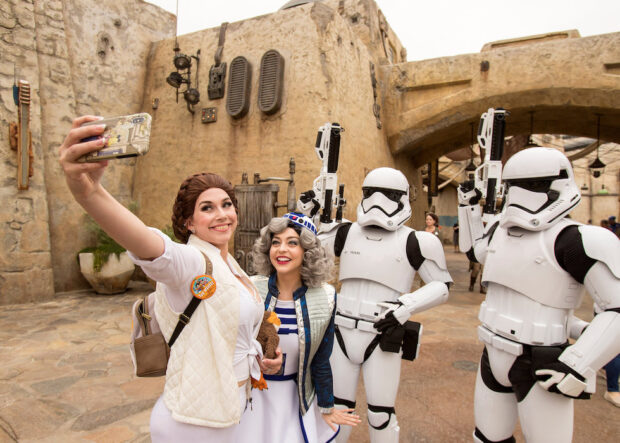 But why is all of this only happening at Disneyland? There could be a couple of reasons. First, they could simply be testing the waters to see how guests react. I am a stickler for continuity, yet I feel this change at Disneyland is a good thing. It does feel like a well-thought-out plan to loosen the reins while partially sticking to the original intention.

Perhaps some die-hard Star Wars fans will be upset by this change, but I believe the general public will love it and probably not even think too much about it. As far as the justification for the change, Disney’s official statement does feel a bit weak and confusing to me, but it’s to be expected. They have basically had to justify something that they were initially adamantly against. There’s no easy way to do that other than to say, “We were wrong,” which of course won’t happen.

Even if this little experiment were to be successful, that doesn’t necessarily mean that Walt Disney World’s Galaxy’s Edge will get the same treatment. Batuu at Disney’s Hollywood Studios has the added benefit, and now potential hindrance, of being attached to the Star Wars: Galactic Starcruiser. Considering the level of detail and story is even greater in this case, it might make it more difficult to transition to the new lack of timeline.

I’ve personally always felt that Galaxy’s Edge East and West should have been set in separate timelines to begin with. This would have created unique experiences on each coast for guests while still being able to mostly duplicate everything and therefore save money on the build. Perhaps this new change at Disneyland and the lack of change at Walt Disney World could create two different Galaxy’s Edge experiences. 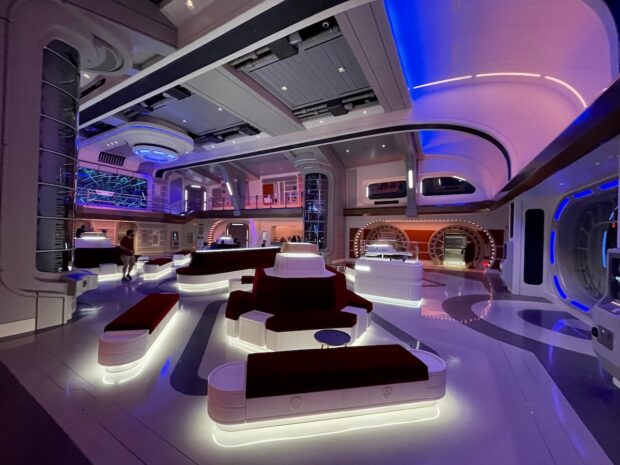 The thing that I find somewhat comical about all of this is how drastically different Disney handles Star Wars ever since they bought Lucasfilm, compared to before the purchase. At one point, we had Darth Vader dancing to Michael Jackson tunes in Disney’s Hollywood Studios during Star Wars Weekends, and now one of the most iconic characters from the franchise is not allowed to be seen in that same park, given how seriously Disney takes the timeline and storytelling. This is a topic I dove into a lot more on a recent episode of “Dizney Coast to Coast” podcast.

Overall, I truly do applaud the folks who developed a detailed and strict story for Star Wars: Galaxy’s Edge. Although guests didn’t respond to it the way Disney might have hoped, I hope it doesn’t stop them from continuing to take big risks. Big risks are just that; they’re risks. The reward is great if it works out, but that means there may be some expensive fails along the way. And even then, fail is a strong word to use. With adjustment and retooling, Star Wars: Galaxy’s Edge will continue to see its success grow.

What do you think about the new timeline changes in Disneyland? Is this a good thing or a bad thing? Would you like to see it happen on both coasts, or are you happy to have two different story versions of the land? Leave a comment and let me know.