Schitt’s Creek television sitcom became a global sensation for its over-the-top characters, and from March 30-April 3, 2023, fans of the show can live out iconic scenes at sea onboard Celebrity Summit’s “Moira’s Party Boat: Ew, Cruising.”

Moira is Ready to Party!
Photo by Darin Kamnetz

The popular Netflix show was created by Canadian Daniel Levy and his father, Eugene Levy, featuring the wealthy Rose family who lost everything due to their managers’ embezzling and were forced to live in a dank motel in small town Schitt’s Creek.

Moira Rose, hands-off mother of headstrong party girl Alexis and her hypersensitive brother David, and wife to the ever-patient Johnny, may be the quirkiest, craziest character in a cast of quirky, crazy characters, and Flip Phone Events – creators of the popular Golden Fans at Sea “Golden Girls” cruise –latched on to the outlandish former soap opera star’s eccentricities and turned them into a four-night party at sea.

The fan celebration is an homage to Moira’s sense of fashion – such as it is! – and the scenes that elevated her to near-cult status.

“Moira’s Party Boat: Ew, Cruising” sails out of Miami and visits Key West, Fla. and Nassau, Bahamas, but the real draws are the events onboard. 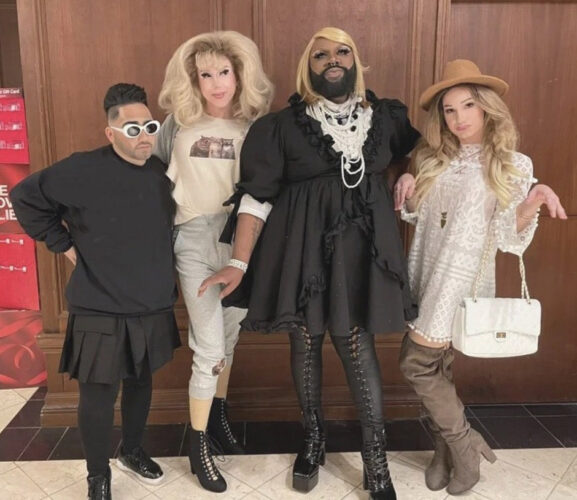 The sailing kicks off with Bébe’s Chamber Wig Sail Away Party with fruit wine; a “Fold in the Cheese” dinner; and “The Rose Gameshow.”

Guests can participate in Schitt’s Creek trivia, Alexis’s Bar Crawl, Jocelyn’s Bingo, and dance parties, and attend panel discussions and even a Jazzagal’s musical performance, all inspired by the show. The “A Little Bit of Rosé Pool Party” will be a highlight event.

Everyone is encouraged to dress as their favorite Schitt’s Creek character throughout the cruise, and all are welcome to take part in a costume contest.

The grand finale will be the “Night of 1000 Moiras” event based on Moira’s role in the movie, “The Crowening.”

All ages are welcome, but children will not be allowed to participate in some events. The cruise is recommended for ages 18 and up.

Cabins start at $999.99, based on double occupancy, and include port charges, taxes, gratuities, Classic Alcohol Package, and Wi-Fi. Suites start at $2699.99, with added perks.

For more information or to make a booking visit MoirasPartyBoat.com.