Donald’s Dine ‘n Delights has officially opened at Shanghai Disney Resort as the first Disney-themed restaurant in the Disneytown area.

The Parisian-style bistro offers “an assortment of delights from savory pizzas and steaks to over-the-top shakes,” according to a recent tweet from the Disney Parks account.

The newly released information tracks with Attractions Magazine’s report back in Dec. 2022 that the dining location will feature an in-house pizza chef. 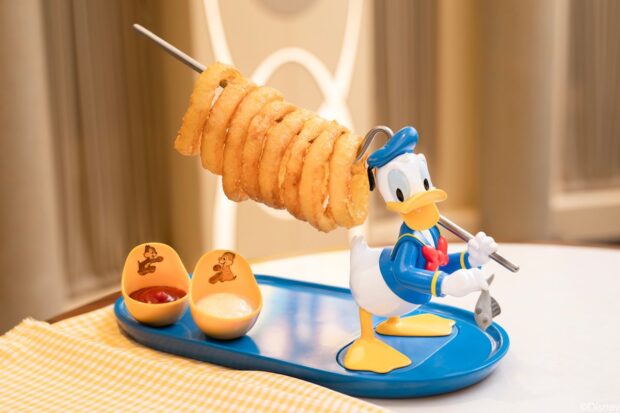 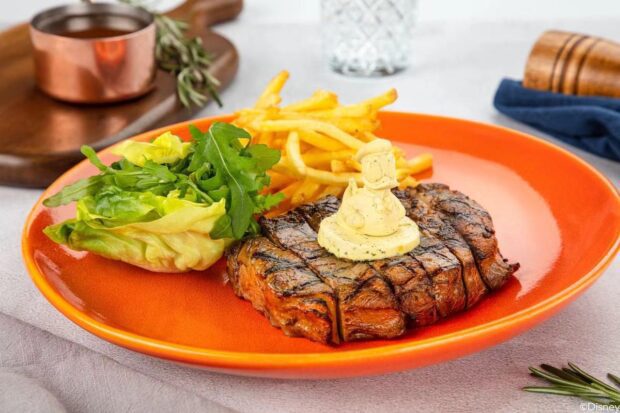 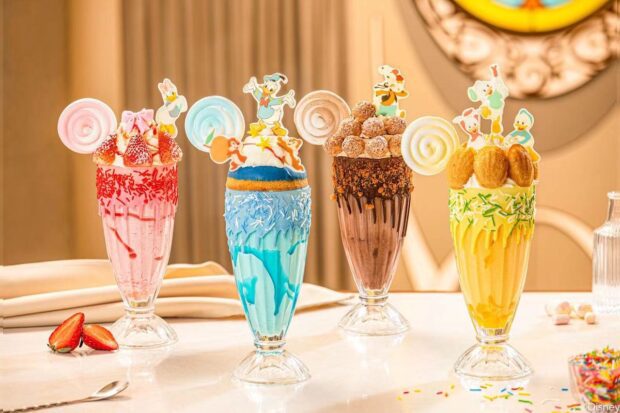 The whimsical milkshakes have toppings like strawberries, madeleines, and chocolate puff cereal

According to the description on Shanghai Disney Resort’s website, the restaurant was inspired by the stories of Donald and his friends:

It begins with the Donald Duck mural and goes all the way to the Cast Members’ French street-style romantic outfits in iconic Donald Duck colors. Every detail, from the ceiling to the furnishings, will warm your heart with everything you love about Donald and his friends, creating a joyous and immersive experience. On the inside walls, the retro-style stained glass artwork depicts Donald, his friends Mickey, Minnie, Goofy, Pluto, Daisy, and Chip ‘n’ Dale, and his nephews Huey, Dewey, and Louie. 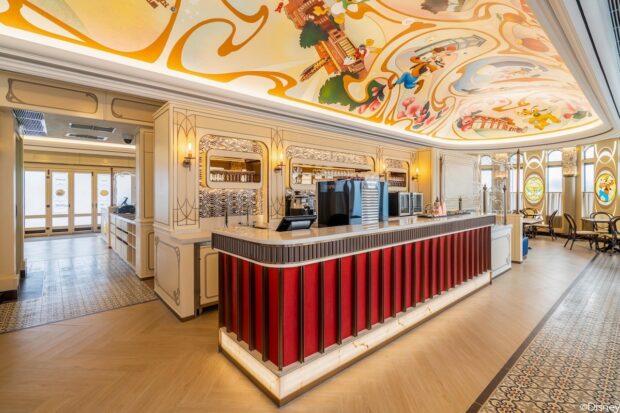