DVC members can begin purchasing the new Grand Floridian villas on March 3, and on March 31 sales will open to the public.

Exceptional dining and entertainment are also hallmarks of the Grand Floridian resort, as are breathtaking views of the Magic Kingdom’s “Disney Enchantment” fireworks. 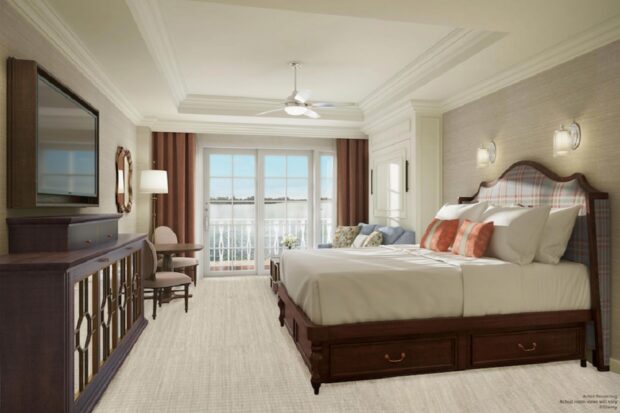 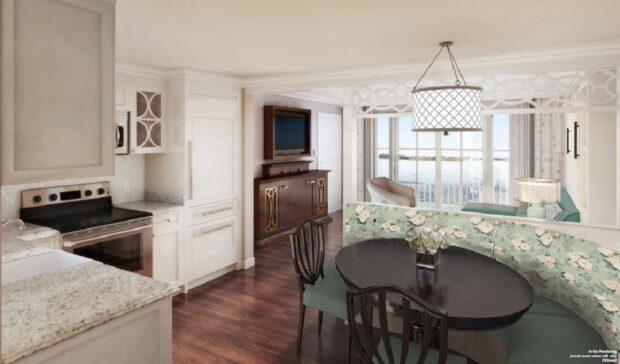 Guests will delight at The Villas’ whimsical touches, such as Mickey Mouse and Minnie Mouse Victorian-themed silhouettes, and artwork featuring Mary Poppins and Dumbo. Most villas include a porch or balcony for the ultimate in relaxation.

“Disney Vacation Club is pleased to offer a diverse inventory of accommodations at The Villas at Disney’s Grand Floridian Resort & Spa – a spectacular location cherished by our members and their families,” said Bill Diercksen, senior vice president and general manager, Disney Vacation Club and Aulani, A Disney Resort & Spa in Hawaii. “To add to the magic, this enhancement comes at a very special time, during the 50th anniversary celebration at Walt Disney World.”