ANAHEIM, Calif. — In some ways, Martellus Bennett felt like he was getting drafted — again.

The 6’6″ Bennett put it on, making sure it fits well. With his 8-year-old daughter A.J. in tow, Bennett took the big stage in front of a cheering crowd.

Disney Junior — Disney’s children’s network for 2- to 7-year-olds — is turning Bennett’s “Hey A.J.” children’s book series about his daughter into an animated series.

Disney got its first-round draft pick.

“You know how during the [NFL draft], after a player is chosen, they give him the team’s hat, and he takes pictures [with the commissioner of the NFL]? It really did feel like that when [the person from] Disney gave me the Mickey hat. I felt like I got drafted again,” said Bennett to Spectrum News after the announcement.

The Dallas Cowboys drafted Bennett in the second round of the 2008 NFL Draft. More than a dozen years later, a different team drafted him.

“Disney drafted me,” he said.

During the one-day event held on April 29 at the theme park, several Disney Junior officials and cast members announced new animated series such as “Kindergarten: the Musical,” “Super Kitties” and “RoboGobo,” plus the return of “Alice’s Wonderland Bakery” and “Marvel’s Spidey and his Amazing Friends,” which will star John Stamos.

“As with Disney Junior’s current slate, each of these projects is unique, inspiring and encompasses all of the brand values that have come to represent Disney Junior over the last decade — storytelling with heart that resonates with both kids and parents,” said Ayo Davis, president of Disney Branded Television.

After being selected in the second round of the 2008 NFL draft, Bennett played for five teams, including the Cowboys, New York Giants, Chicago Bears, Green Bay Packers and New England Patriots, during a 10-year-career.

Bennett — whose older brother Michael also played in the NFL — was a Pro Bowl player and won a Super Bowl with the Patriots. He now lives in Houston, having retired in 2018.

Though he was a highly accomplished professional football player, Bennett never thought of himself as only a football player. Football never defined him, he explained during a sit-down at a nearby Disney restaurant with Spectrum News. He has always been an artist at heart.

“I was never a football player. I just played football,” he said.

When he had his daughter, Austyn Jett Rose or A.J. for short, Bennett began writing more seriously. He formed a company, The Imagination Agency, specializing in children’s literature, entertainment and education.

“When I had my daughter, I thought, what would she like to be when she grows up? And then I started thinking about all of the things I wanted to be,” he said. “During this process of reading children’s books to my kid, I realized there aren’t many children’s book characters that look like ourselves.”

So Bennett started to write about his daughter, a young African American girl with a vivid imagination. His first book, “Hey A.J. It’s Saturday!” released in 2017. He wrote a follow-up called “Hey A.J., It’s Bedtime.” Both books have an accompanying mobile app.

Bennett has branched out and written other books such as “Dear Black Boy” and “Towel Boy.” He has since become an advocate for children’s literature and diversity in the genre.

While he was playing in the NFL, Bennett wasn’t afraid to share his artwork or writing to the rest of the guys on the team. He said he used to sell his artwork to Cowboys owner Jerry Jones and teammates like DeMarcus Ware.

“I think a lot of guys rooted for me,” he said. “They wanted me to be successful.”

When Bennett’s books were published, his team’s store carried and sold the titles. He said he had been working on getting his “Hey, A.J.” series into an animation for the past six years. About two years ago, before the coronavirus pandemic, Disney approached him.

“We pitched them,” he said. “They loved it. We did the animation. It was great.”

Disney describes the new series as “a high-energy adventure comedy about a curious and extremely imaginative 7-year-old girl, A.J. Whether imagining a long car drive is an exciting rocket ride or turning a grocery store line into a dance party, A.J. uses her big imagination to make any situation more fun and exciting.”

Jeff “Swampy” Marsh, one of the executives behind “Phineas and Ferb,” is listed as an executive producer, along with Bennett.

“We’re in the early stages of development and world building,” said Bennett. “I don’t have an exact date of when it [comes out], but once I do, I’ll tell you.”

For Bennett, this process isn’t just about him. It’s also for his daughter. 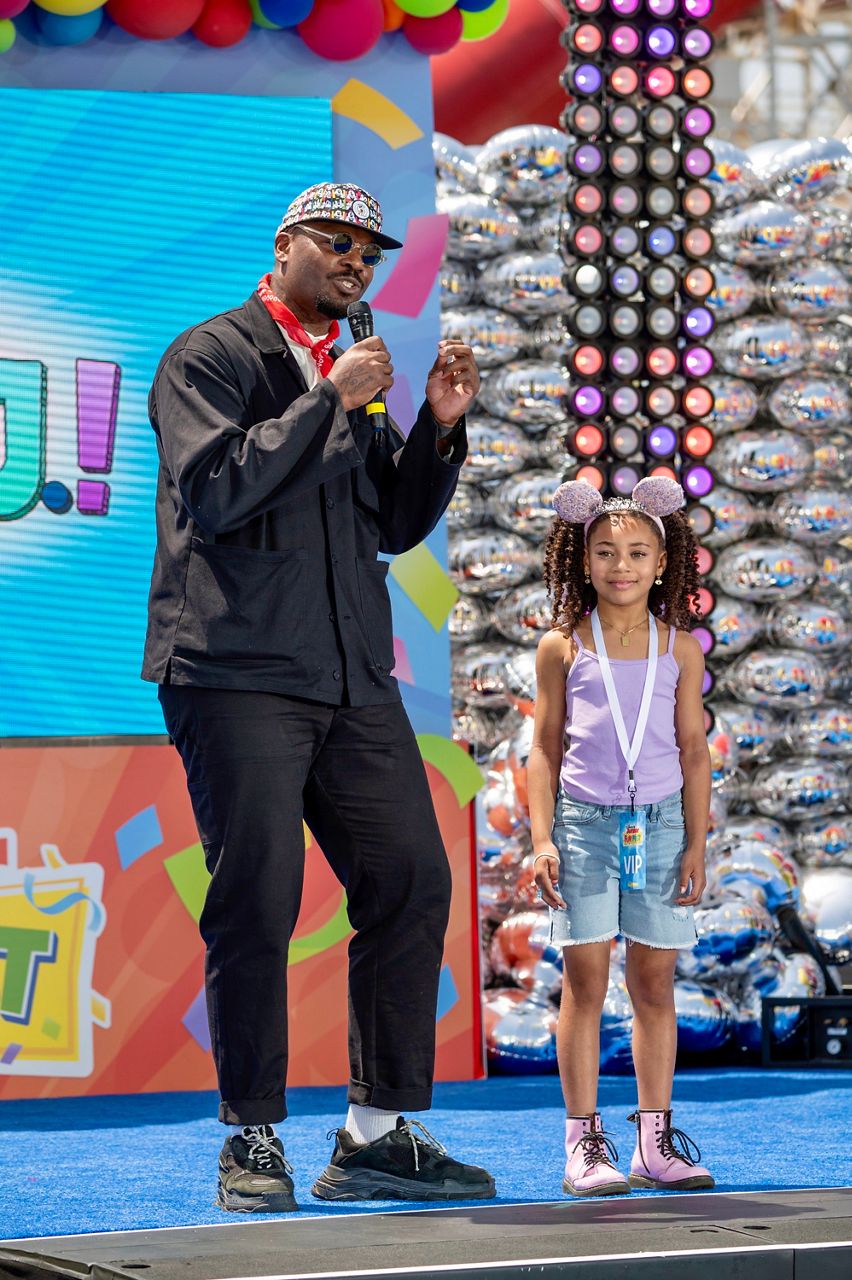 Writing the books and creating an animated series is a form of bonding with young A.J.

“She’s very creative. She’s also a writer. I have a creative pow-wow with her whenever I’m working on something. I tell her, ‘What do you think?’ I tell her my stories all of the time,” said Bennett. “Kids know everything. We’re making stuff for kids, so why not ask the kids?”