As we count down to Earth Day on April 22, 2022, it’s the perfect time to highlight Disney Planet Possible programs at Disney Parks that ensure unserved food doesn’t go to waste.

Everyone loves Disney theme park food, but have you ever wondered what happens to the food that isn’t eaten? The answer is simple. Since March 2020, Disney Parks has donated more than $14.6 million worth of food worldwide – the equivalent of more than 2.1 million meals – to address food insecurities and reduce food waste in landfills. These food waste diversion efforts are part of the newly-launched Disney Planet Possible program to “build and inspire a brighter, more sustainable future.”

“Across Disney Parks, we are committed to reducing food waste with a goal of zero waste to landfill,” explained Walt Disney World Resort Chef Michael Gonsalves. “To aid in this effort, we try to maximize food waste diversion. Pushing the bar on food quality and innovation is one thing, but most important is the consideration of our carbon footprint and its impacts on our world. The vision and dedication to drive to sustainable zero-waste models should be the goal for everyone on this planet if we plan to see it thrive for generations to come.”

At Walt Disney World, the full-circle food cycle begins with menu planning that predicts how many meals will be served in the parks each day, which helps prevent food waste before it even begins. Then, after making a menu plan, the culinary team harvests fresh produce and collects honey daily, all produced right on-site. 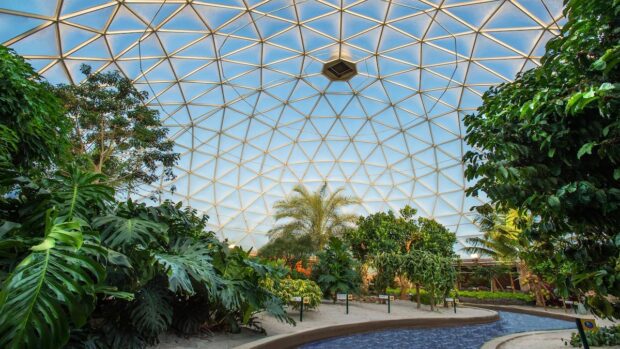 Fun Fact: If you’ve ever eaten at The Land pavilion in Epcot, you’ve probably tasted some of the fruits and vegetables grown inside the attraction.

Food waste is used in many ways across Disney Parks:

Food for Plants and Animals – Any scraps left behind by guests are collected in designated food waste bins. At Walt Disney World Resort, food waste is sent to a commercial composting facility where it’s recycled into a nutrient-rich soil product, often used for gardening, farming, landscaping, and more. In fact, compost soil made from Walt Disney World’s food waste fertilizes plants at Restaurantosaurus and in the Pollinator Garden at Rafiki’s Planet Watch at Disney’s Animal Kingdom. 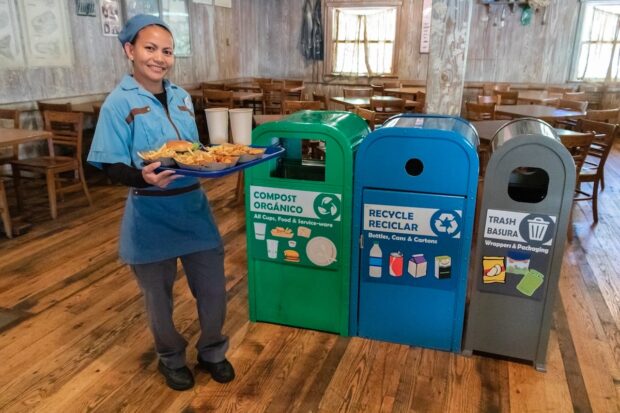 In 2021, Walt Disney World Resort composted 15 million pounds of unusable food scraps. At Disneyland Resort in California, scraps from food prep in resort kitchens and uneaten food from guests are diverted from landfills and converted (if eligible) into an amendment that helps feed farm animals.

Energy – When you take the Grand Circle Tour at Disneyland Resort, have you ever noticed the smell of French fries? That’s because all five of the park’s famous Disneyland Railroad steam trains – and the Mark Twain Riverboat – run on biodiesel made from used cooking oil from restaurants throughout the resort, which eliminates approximately 200,000 gallons of petroleum diesel per year. For these food waste reduction efforts and many more, Disneyland Resort was recently awarded the “Food Recovery Challenge Award” from the U.S. Environmental Protection Agency and the “SEAL Business Sustainability Award” for managing food waste in the environmental initiative category. 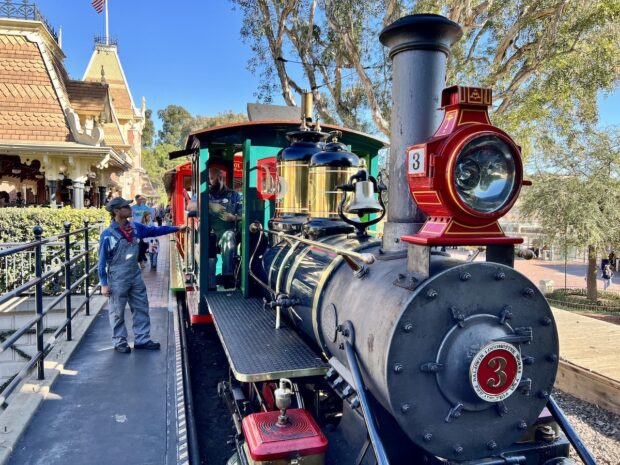 Hong Kong Disneyland also converts food scraps into energy (and therefore diverts food waste from landfills) by sending 360 tons of food waste to the government’s anaerobic digestion facility in 2021 alone. And Disneyland Paris recovers up to 93% of its food waste and transforms it into energy through biomethanization. In 2019, 2,061 tons of processed food waste produced 745 MWh of energy, the equivalent of the annual consumption of 229 families.

Food Banks – Meals that are prepared but not served are donated to local food banks. In 2021 alone, Walt Disney World Resort donated more than 550,000 pounds of excess prepared food to Second Harvest Food Bank of Central Florida, with Disney VoluntEARS spending nearly 3,000 hours sorting and packing food to be delivered across the region. The resort also donated $500,000 to support the organization’s mission. 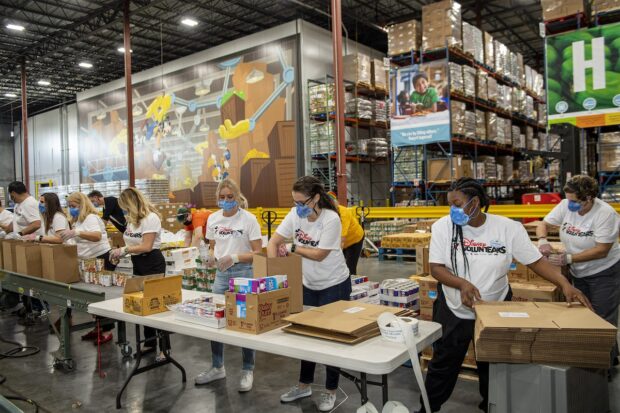 “We’re incredibly thankful for the support Walt Disney World Resort and its cast members have shown us over the years,” said Greg Higgerson, Chief Development Officer at Second Harvest Food Bank of Central Florida. “It’s because of this support that we’re one step closer to closing the gap of unmet needs in Central Florida.”

Similarly, In 2021, Disneyland Resort provided more than 90,000 meals to the Orange County community in Southern California, and in 2019, Disneyland’s efforts prevented more than 8 million pounds of food from going into landfills. 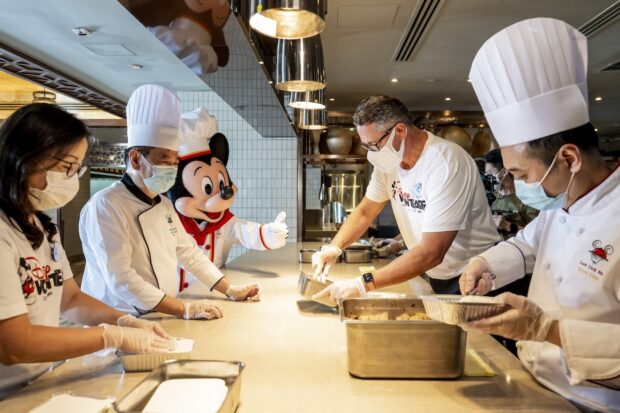 Since June 2021, Hong Kong Disneyland joined with Foodlink Foundation to launch Disney Meal Box Express, a program that’s provided around 12,500 healthy, freshly cooked meal boxes prepared by more than 200 Disney VoluntEARS and the Food & Beverage team to those most impacted by the pandemic across four Hong Kong districts.