Disney+ is ringing in the holiday season with the Happy Holidays Collection featuring new originals like “The Santa Clauses,” “The Guardians of the Galaxy Holiday Special,” and “Mickey Saves Christmas” plus beloved holiday classics, like “Home Alone” and “The Muppet Christmas Carol.”

Muppets fans also won’t want to miss the full-length version of “The Muppet Christmas Carol,” including the song “When Love Is Gone,” which will be added to the extras page of the film on Dec. 9, 2022, in celebration of its 30th anniversary.

“The Santa Clauses” (Streaming Nov. 16, 2022) – After being Santa Claus for nearly thirty years, Scott Calvin (Tim Allen) is as jolly as ever, but as Christmas declines in popularity, so does his Santa magic. When he discovers there’s a way to retire, Scott considers stepping down as Santa so he can spend more time with his family. 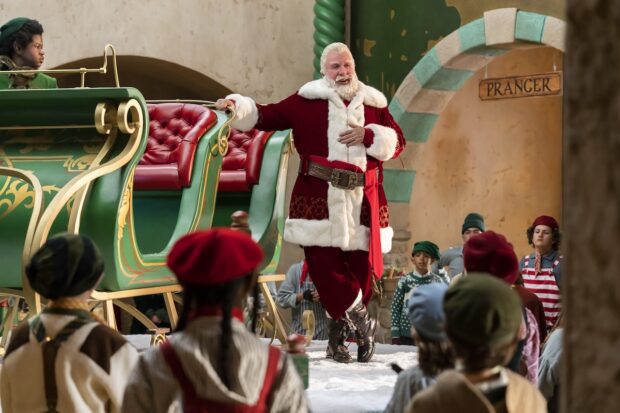 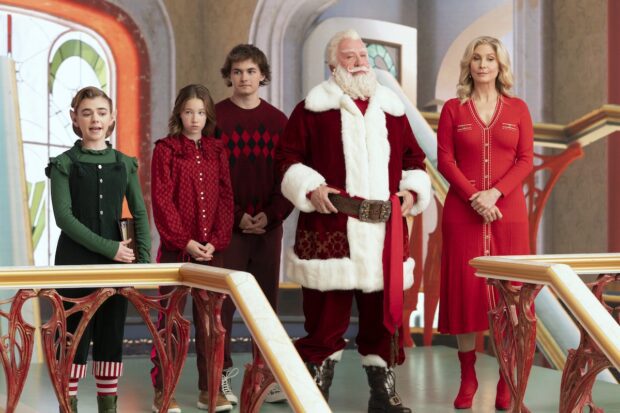 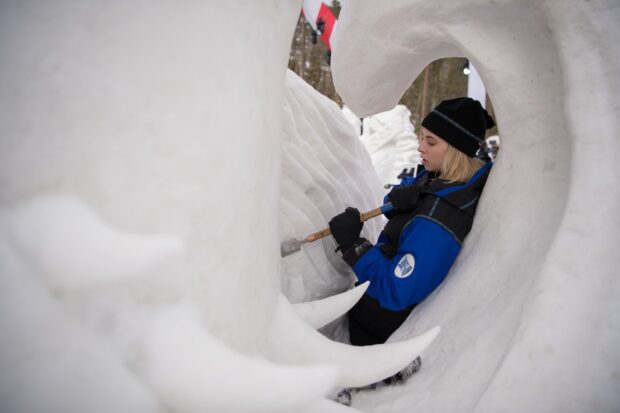 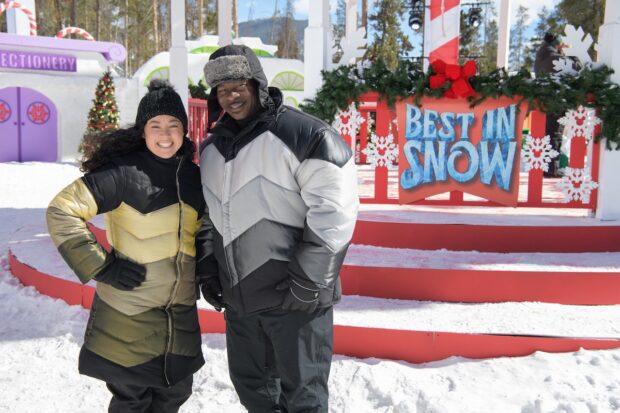 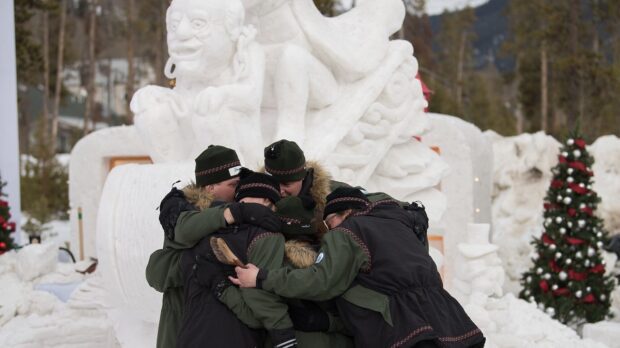 Photos by Photo by Todd Wawrychuk

“The Guardians of the Galaxy Holiday Special” (Streaming Nov. 25, 2022) –  On a mission to make Christmas unforgettable for Quill, the Guardians head to Earth in search of the perfect present.

“The Hip Hop Nutcracker” (Streaming Nov. 25, 2022) – RUN DMC’s Rev Run brings us along for a hip-hop reimagining of The Nutcracker ballet set in New York City on the night of the annual New Year’s Eve Block Party. 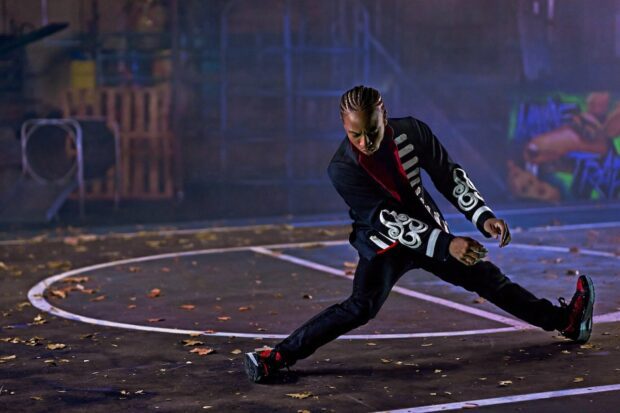 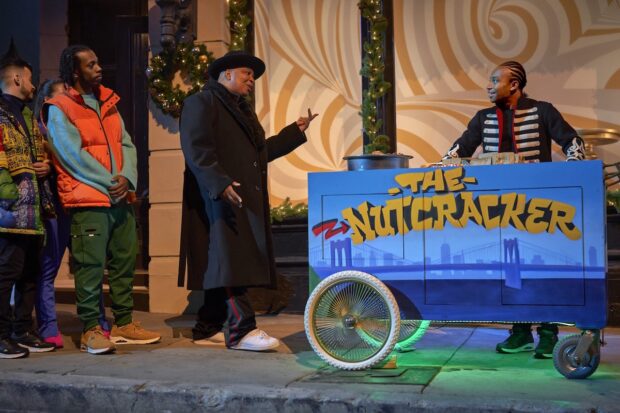 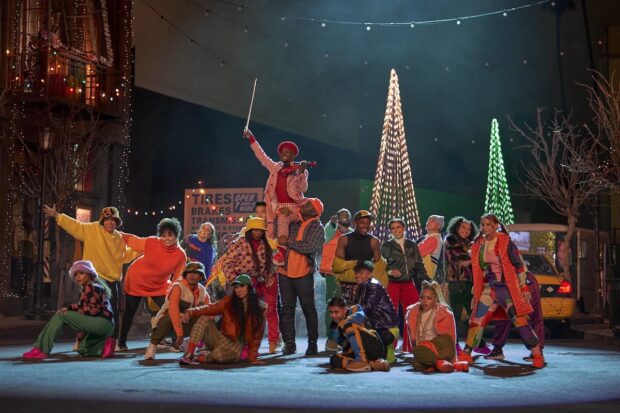 “Pentatonix: Around the World for the Holidays” (Streaming Dec. 2, 2022) – Looking for inspiration for their annual holiday album, Superstar a cappella group Pentatonix receives a little Disney magic that sends them on tour around the world to discover holiday traditions and inspiration from Pentatonix fans across the globe. 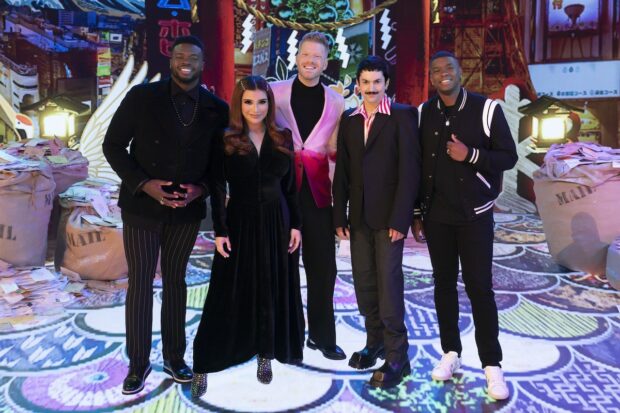 In addition to seasonal-themed titles in the Happy Holidays Collection, Disney+ will also offer new exclusive content, including the crowning of the new Mirror Ball trophy winner in the season finale of “Dancing with the Stars” on Nov. 21, 2022, the exciting season 1 finale of “Andor” on Nov. 23, 2022, and more.

“Save Our Squad with David Beckham” (Streaming Nov. 9, 2022) –  Over the course of a season, Beckham joins East London club, Westward Boys, a team playing in the league where it all began for him as a boy – the Echo Premier League. 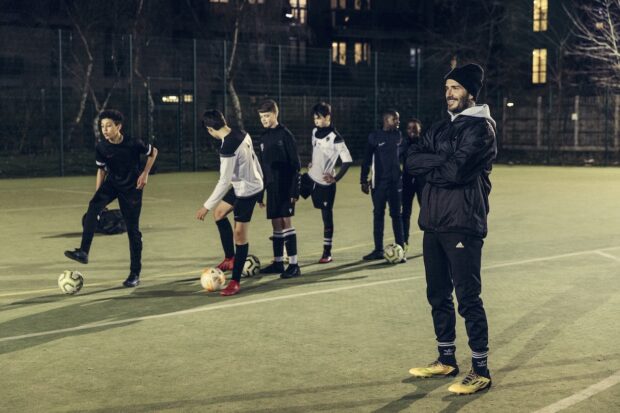 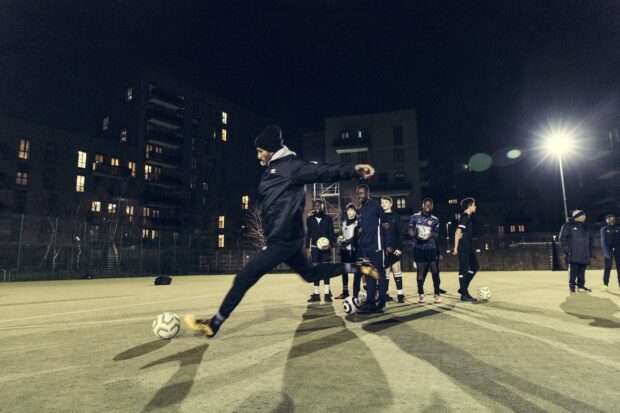 Zootopia+ Shorts (Streaming Nov. 9, 2022) – “Zootopia+” takes viewers back to the mammal metropolis of Zootopia in a short-form series that features some of the Oscar-winning feature film’s most intriguing residents, including the fashion-forward arctic shrew Fru Fru, the sweet-toothed cheetah (and ZPD dispatcher) Clawhauser, and Flash, the sloth who’s full of surprises.

“Limitless with Chris Hemsworth” (Streaming Nov. 16, 2022) – With the help of world-class experts, family and friends, Hemsworth embarks on a series of challenges to push himself to new limits. 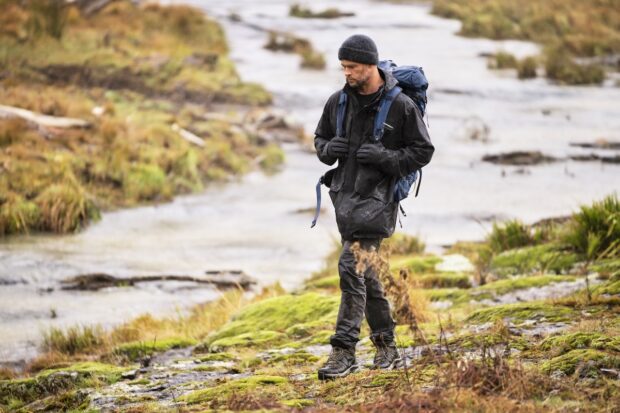 “Disenchanted” (Streaming Nov. 18, 2022) – The live-action musical comedy sequel to Disney’s box office hit “Enchanted” features the original cast in a story of the hopelessly romantic Giselle (Amy Adams) who has grown disillusioned with life in the city and moves to the suburbs in search of a more fairytale life. 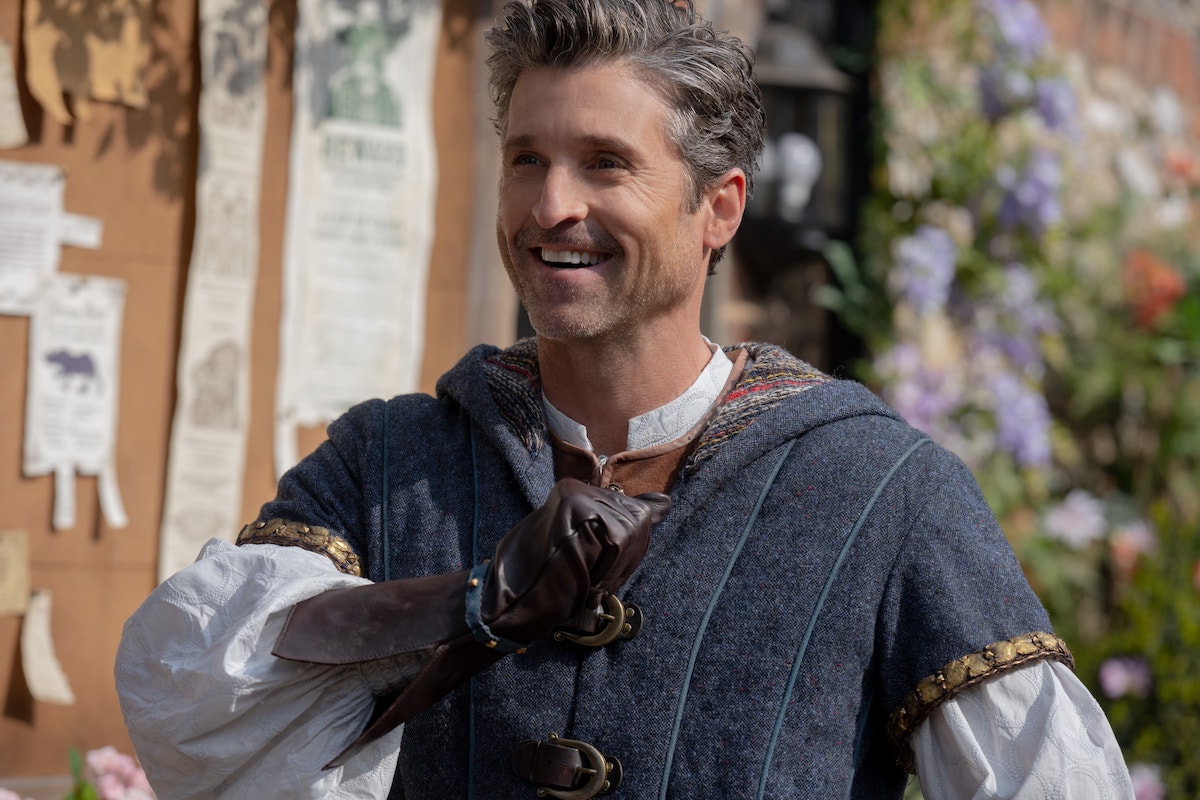 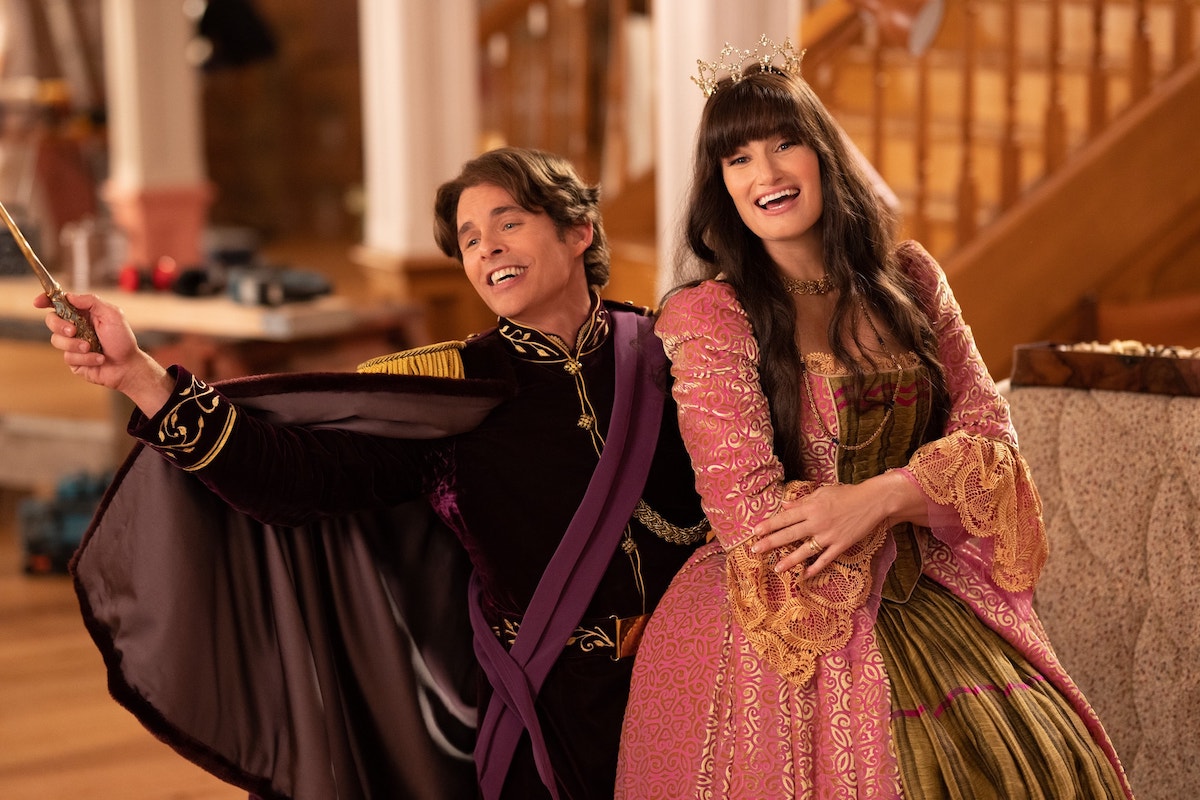 “Mickey: The Story of a Mouse” (Streaming Nov. 18, 2022) – This special traces the history of Mickey Mouse from his start in the first sync-sound animated short, “Steamboat Willie” to his position as a worldwide symbol of joy. 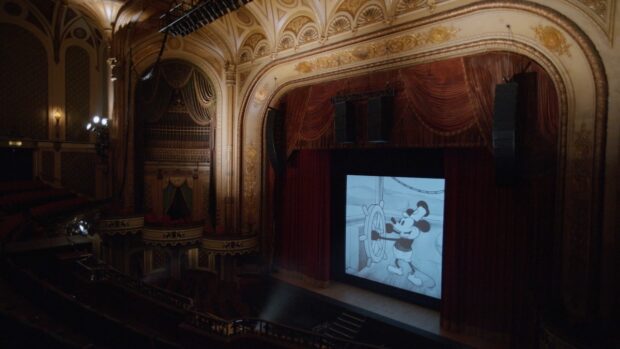 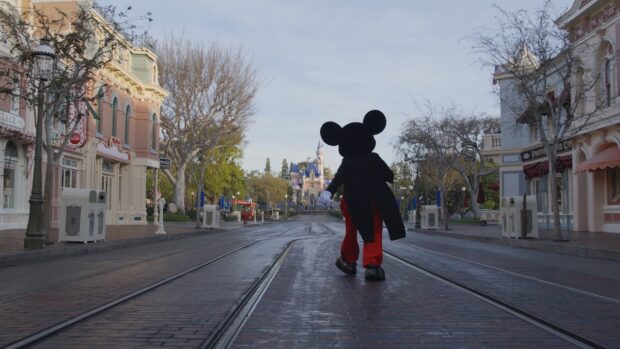 “Willow” (Streaming Nov. 30, 2022) – The all-new action-adventure series based on George Lucas’ fantasy-adventure film about an aspiring sorcerer (Warwick Davis) who embarks on a journey to protect an infant empress Elora Danan and vanquish the evil Queen Bavmorda from their world of Andowyne. Willow’s story continues with Davis reprising his role as he leads an unlikely crew of heroes on a quest to protect Andowyne from an even larger foe.

“Diary of a Wimpy Kid 2: Rodrick Rules” (Streaming Dec. 2, 2022) – The misadventures of middle school student Greg Heffley continue, this time focusing on his complicated relationship with his older brother Rodrick.

“Idina Menzel: Which Way to the Stage?” (Streaming Dec. 9, 2022) – Join Tony Award-winner Idina Menzel on her journey to headline Madison Square Garden in this intimate and inspirational documentary.

“Night at the Museum: Kahmunrah Rises Again” (Streaming Dec. 9, 2022) –  Nick Daley follows in his father’s footsteps as night watchman at the American Museum of Natural History, so he knows what happens when the sun goes down; however, when the maniacal Kahmunrah escapes, it’s up to Nick to save the museum once and for all. 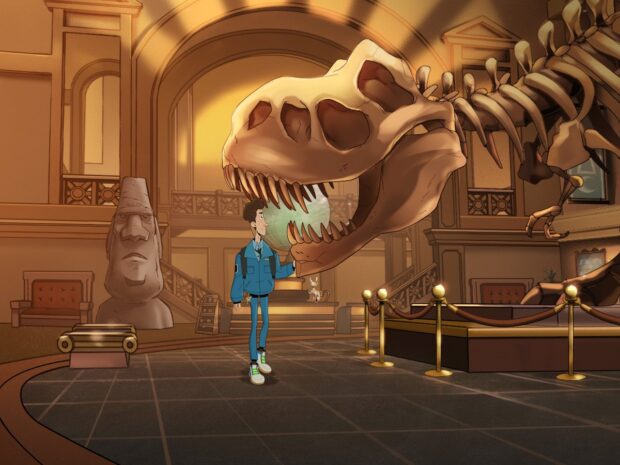 “National Treasure: Edge of History” (Streaming Dec. 14, 2022) – Jess Valenzuela’s life is turned upside down when a stranger gives her a clue to a centuries-old treasure that might be connected to her long-dead father. As Jess and her friends follow clues hidden in American artifacts and landmarks, they get caught up in a race to find history’s greatest lost treasure and the truth about her family’s past. 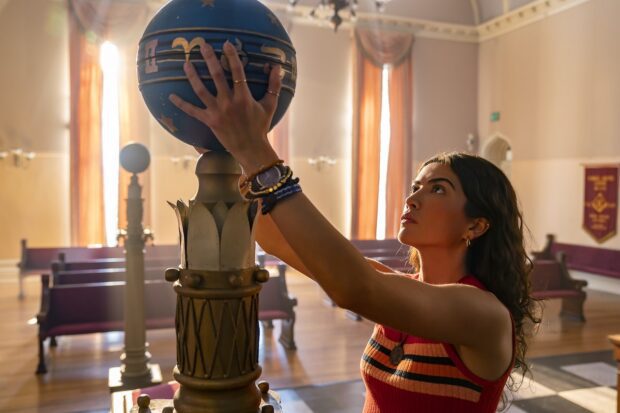 “Le Pupille” (Streaming Dec. 16, 2022) – A tale of innocence, greed, and fantasy from writer and director, Alice Rohrwacher, and Academy Award-winning producer, Alfonso Cuarón, this live action short is about the anarchy that blossoms in the minds of girls within the confines of a strict religious boarding school at Christmas.

Even more highly-anticipated exclusive originals are coming in 2023, making a Disney+ subscription the perfect holiday gift. Click here for details.

For 75 years, Disney has supported Toys for Tots to bring toys to millions of children during the holiday season. Disney+ viewers can join the Disney Ultimate Toy Drive by donating a toy online from now through Dec. 24, 2022, or donating a new, unwrapped toy at drop-off locations now through Dec. 12, 2022.