Get ready to talk (and sing) about Bruno because new sing-along versions of some of your favorite Disney musicals are coming to Disney+ starting with an “Encanto” sing-along debuting this Friday, March 18, 2022.

Disney+ reports that subscribers have watched “Encanto” an average of five times, racking up over 180 million re-watches globally since its debut. The “Encanto” sing-along will introduce new viewers to this popular musical film while allowing loyal fans to follow Lin-Manuel Miranda’s lyrics onscreen as they belt out “Family Madrigal,” “Surface Pressure,” “Dos Oruguitas,” and the #1 Billboard Hot 100 song, “We Don’t Talk About Bruno.” 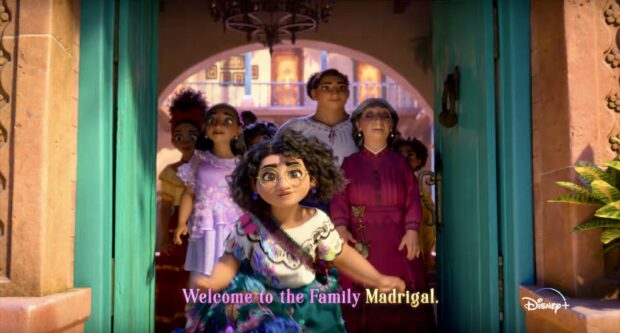 Check out this sneak peek of the ‘Encanto” Sing-Along: