Guardians of the Galaxy: Cosmic Rewind opens at Epcot in Walt Disney World today, May 27, 2022, taking guests on a thrilling chase through time and space, all set to a stellar mixtape.

The new family-thrill roller coaster, which was first announced at D23 in November 2020, blasts off from the Wonders of Xandar “other-world” showcase pavilion today, as new recruits join Star-Lord (a.k.a. Peter Quill), Gamora, Rocket, Groot, and Drax on a mission to save Earth from a dark nemesis, the Celestial named Eson.

Within the attractions’ story, Xandarians created the Wonders of Xandar pavilion to help the people of Earth (which they call Terra) to understand their culture and learn about their technologies through three distinct areas within the pavilion. 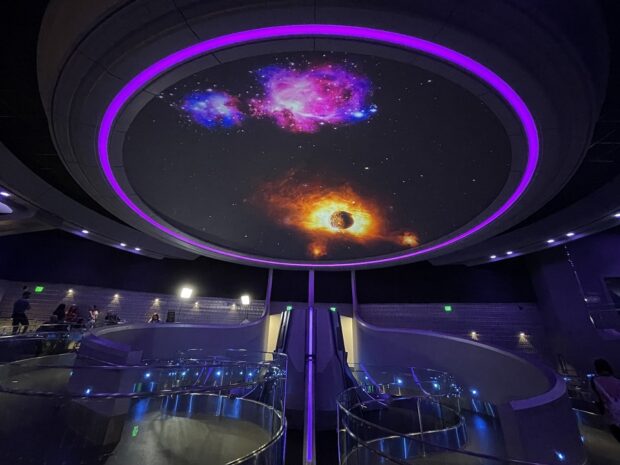 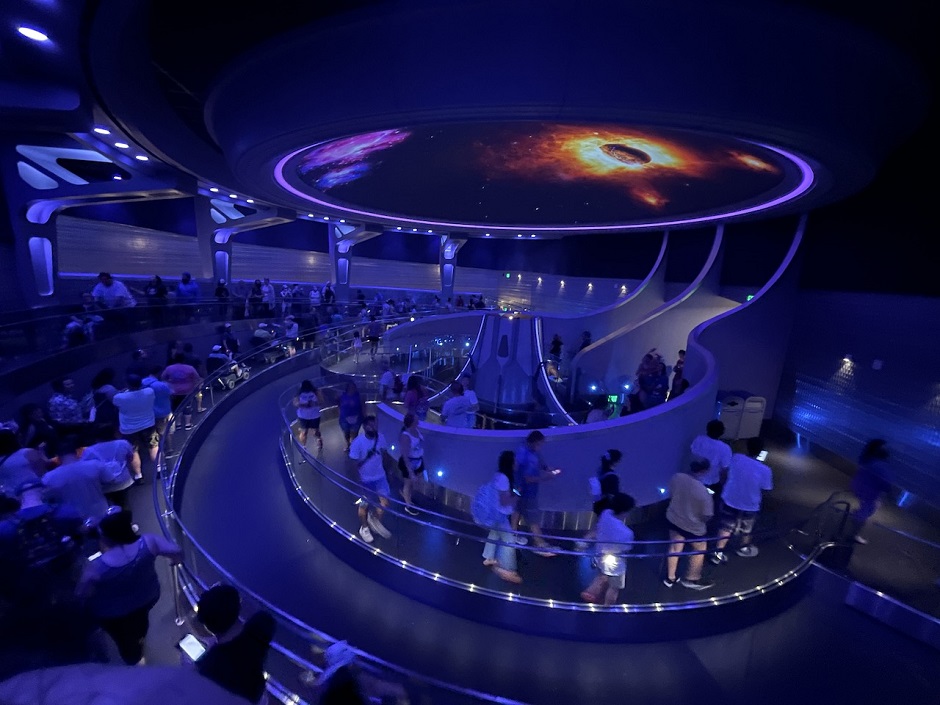 The Galaxarium is a planetarium-style space featuring intergalactic wonders that connect Xandar and Terra, and it is here that the supercomputer, Worldmind, provides context for the visuals through its narrations.

Xandar Gallery highlights the Xandarian people’s culture, history, and heroes through displays, including “Good Morning Xandar” excerpts from interviews with the Guardians of the Galaxy. 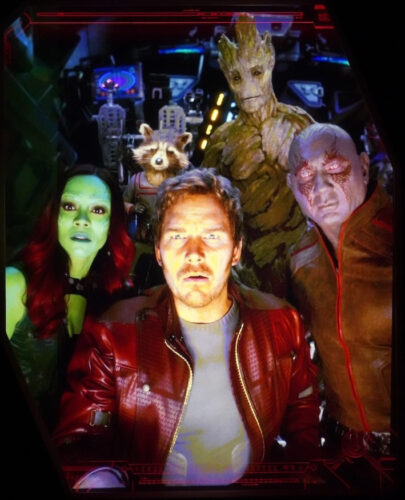 In the Phase Chamber, visitors to the pavilion learn about the Cosmic Generator technology that creates jump points in space, and instantly teleport from Epcot to a circling Nova Corps Starcharter spaceship. 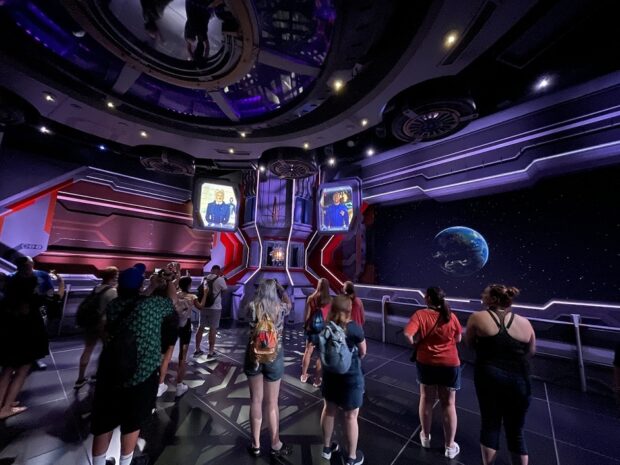 But Eson has other plans. He has been watching Terra for eons, and is ready to put his plan into action using the Cosmic Generator, jumping back in time to change the course of humanity.

On the command of Nova Prime Irani Rael, top officer Centurion Tal Marik calls on the Guardians of the Galaxy to come to their aid.

Using reprogrammed Starjumpers compliments of the Guardians, it is your mission to track down Eson through jump points and save the day!

During their blast through space, each Starjumper makes controlled rotations that keep adventurers’ focus on the action. The coaster’s cars are uniquely engineered so that they can pivot without riders being fully aware. The end result is a ride that goes backwards and forwards, and at times the cars even face sideways. 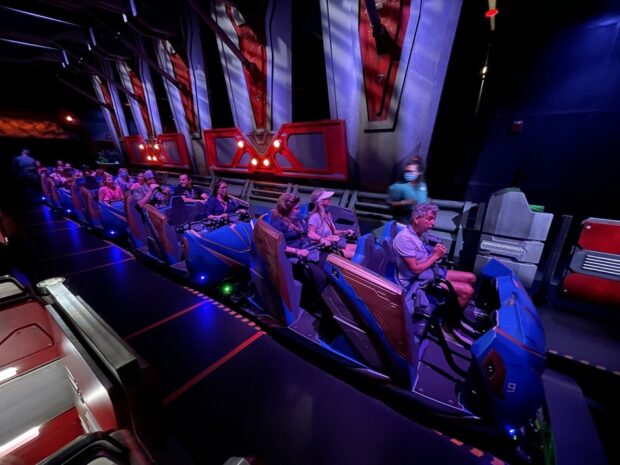 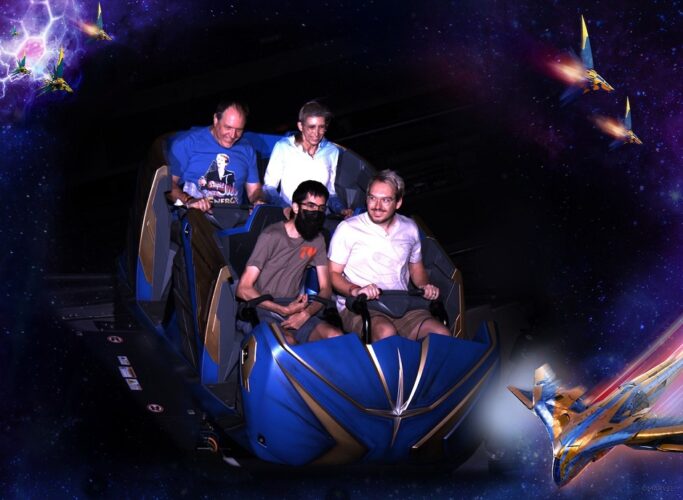 Six “awesome mix” soundtracks add to the thrill, and to the repeatability of the ride. Listen for “September,” “Disco Inferno,” “Conga,” “Everybody Wants to Rule the World,” and “I Ran” one of which will play, at random, each time you ride.

Guardians of the Galaxy: Cosmic Rewind also has a cool on-ride PhotoPass photo.

Treasures of Xandar is the place to find Guardians of the Galaxy merchandise, including: