Connections Café & Eatery will officially open in Epcot at Walt Disney World on April 27, 2022, but guests can already get a taste of the quick-service restaurant’s cuisines from around the world.

The café, which is located in the park’s World Celebration neighborhood, features foods from across the globe, but it also has interesting nods to Walt Disney’s original plans for Epcot.

In the eatery section, guests will find the “Global Gathering” mural spanning one wall, which depicts people from around the world gathering together around food in a setting that seamlessly blends sunrise and sunset. The mural is among the largest ever created by Walt Disney Imagineering. 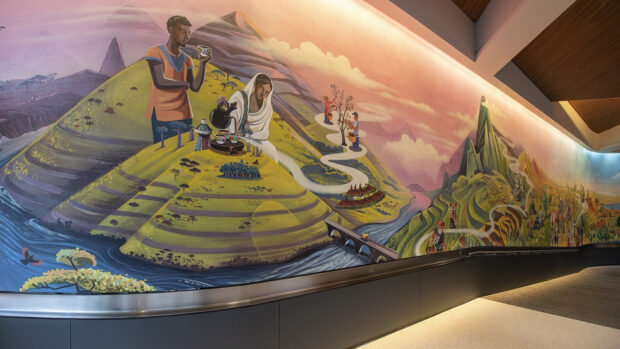 A large display showcases the ways in which various cultures enjoy favorite drinks, and highlights the types of tea pots and coffee pots those cultures use. 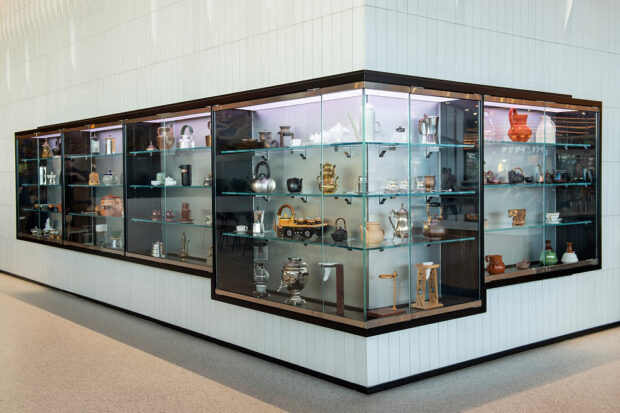 Even the floor gets into the act, with its three inlays inspired by Walt’s 1966 “Florida Project” site plans. The plans show Epcot in its intended location as the literal and conceptual center of Walt Disney World. 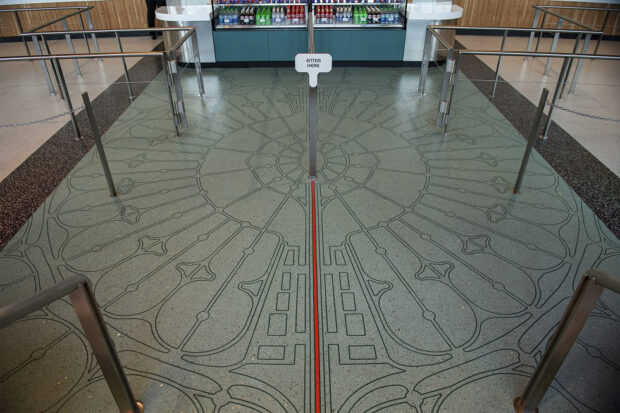 Disney Parks Blog indicated the dining outlet’s décor serves as a reminder of the ways Epcot “honors our past while moving us forward into the future.”

Disney Parks Blog also stated, “With the opening of Connections Café & Eatery, that vision continues to become reality as we celebrate one another, what makes us unique, and the commonalities that tie us all together.”