CINCINNATI – For some in the United States, Cinco de Mayo is a chance every spring to sit back and enjoy a margarita and some delicious Mexican food.

But it also presents an opportunity to showcase the history and unique cultures represented by Cincinnati’s small but mighty Latino population.

Cinco de Mayo is a yearly celebration held on May 5, which is what “Cinco de Mayo” means in Spanish.

Alfonso Cornejo, executive director of the Hispanic Chamber of Cincinnati USA, said many think it commemorates Mexican Independence Day, but that’s not correct. It’s actually a remembrance of Mexico’s victory over the French Empire at the Battle of Puebla in 1862.

In Mexico, Cinco de Mayo isn’t an official holiday, and it won’t get you a day off work or school. Still, natives celebrate it and kids typically take part in small parades, Cornejo said.

Stateside, Cinco de Mayo started in the western United States, primarily in California, but over the years, other “Mexican rich communities” with considerable numbers of Latino residents helped spread its observance across the nation, Cornejo said.

In Ohio, Latinos are 4.4% of the population, which is actually slightly higher than the metropolitan area of Cincinnati (4.2%). Only about half of them, 2.2%, are of Mexican ancestry.

“Cincinnati doesn’t have a Mexican neighborhood or anything like a Chinatown,” Cornejo said.

Most of the local Hispanic population lives in four main areas – Hamilton, Norwood, Lower Price Hill and Fairfield, which is the fastest-growing population, Cornejo said. 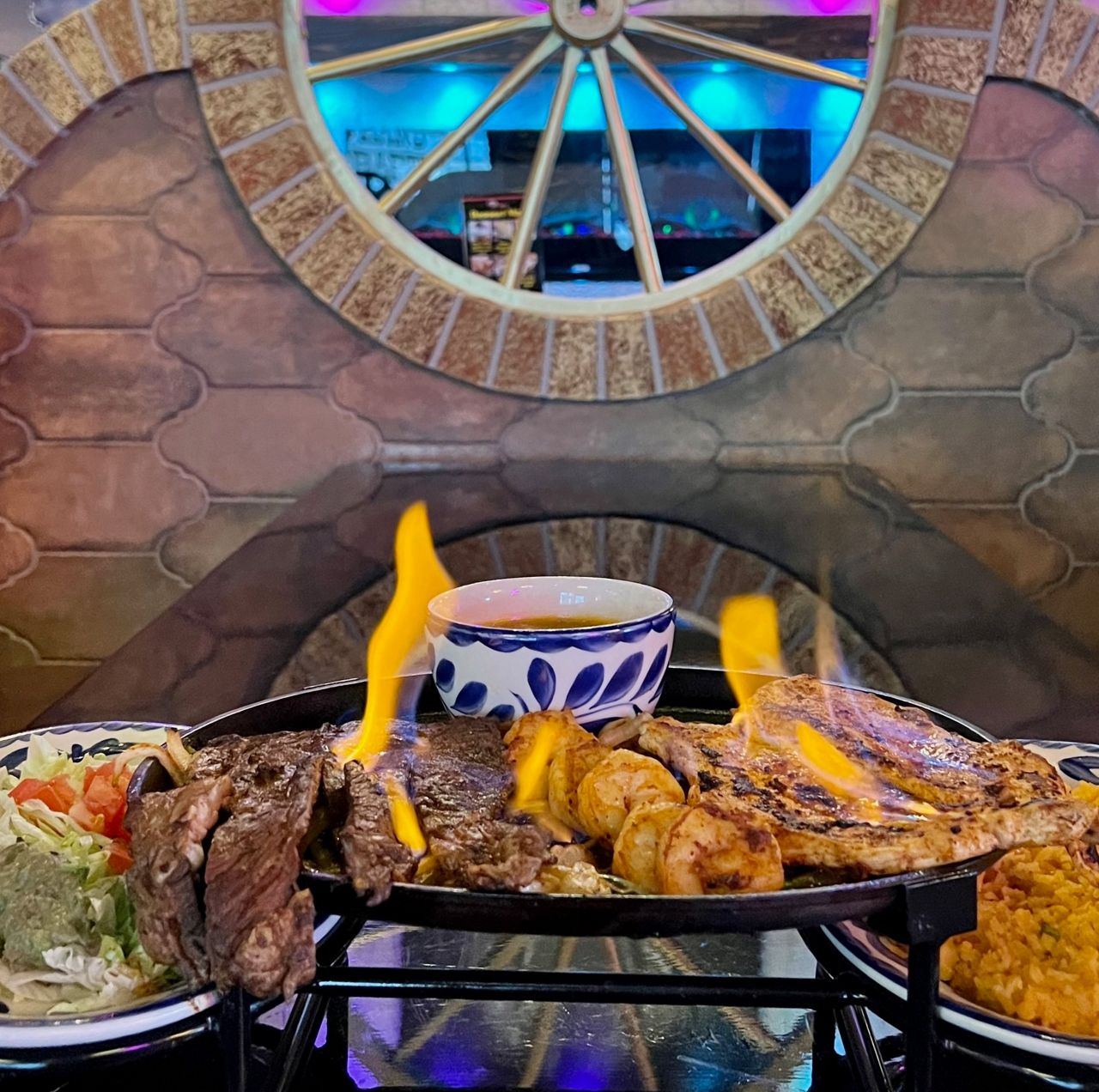 One of the dishes served at Mi Cozumel, a Mexican restaurant in Cincinnati. (Photo courtesy of Mi Cozumel)

The population was even smaller a few years ago. Diana Jaime recalled visiting her sister, Lilliana, about 15 years ago and feeling like things were “a bit behind.”

“There used to be just one Mexican store where everyone used to go and one street where you would find most of the Mexican heritage areas,” said Jaime, who moved to Cincinnati about seven years ago. She works as the marketing director for her sister’s restaurants, including Mi Cozumel.

Jaime and her family are from Guanajuato, an area of central Mexico known for silver mining. Like other parts of Mexico, Guanajuato has its own rich culture, traditions and regional cuisine.

Today, most of Jamie’s family lives in the Cincinnati area, including her parents, three sisters and her brother-in-law’s family. They all help run the family’s stable of restaurants – two Dos Amigos sites, three Mi Cozumel sites and Las Piramides in Huber Heights. They’ll soon open a fourth Mi Cozumel in Lebanon.

“We all have lived the struggle felt by many in small towns of Mexico,” Jaime said. “We know what it’s like to create everything from zero, so we want to support our people back in Mexico by supporting our artisans and sharing their work and our traditions with the people in Cincinnati.”

Through the family’s restaurants, they hope to help showcase that culture. The eateries are known for their made-to-order guacamole, sizzling fajitas that are torched table side and classic margaritas. But it’s not only about the food — they pay meticulous detail to the decorations and overall aesthetic of each eatery.

Each location features decorations from Mexico, including custom furniture made from tequila barrels. The plates and dishes used at Mi Cozumel are hand-painted pieces purchased in Puebla.

Besides adding ambience, it’s also a way to support artisans from back home.

“People have an idea of a Mexican restaurant, Mexican food and culture. But we want to use our restaurants as a way to show you how we see Mexico, how we feel Mexico as when we are in Mexico,” Jaime said. “When our guests enter the door, we want them to feel that they’re in the real, modern, fun, creative Mexico.”

Cornejo described food as “one of the best ways to introduce a person to a culture.”

The Cincinnati metropolitan area is home to 175 Latino restaurants that represent eight different cuisines, including Argentinian, Colombian, Peruvian and, of course, Mexican. 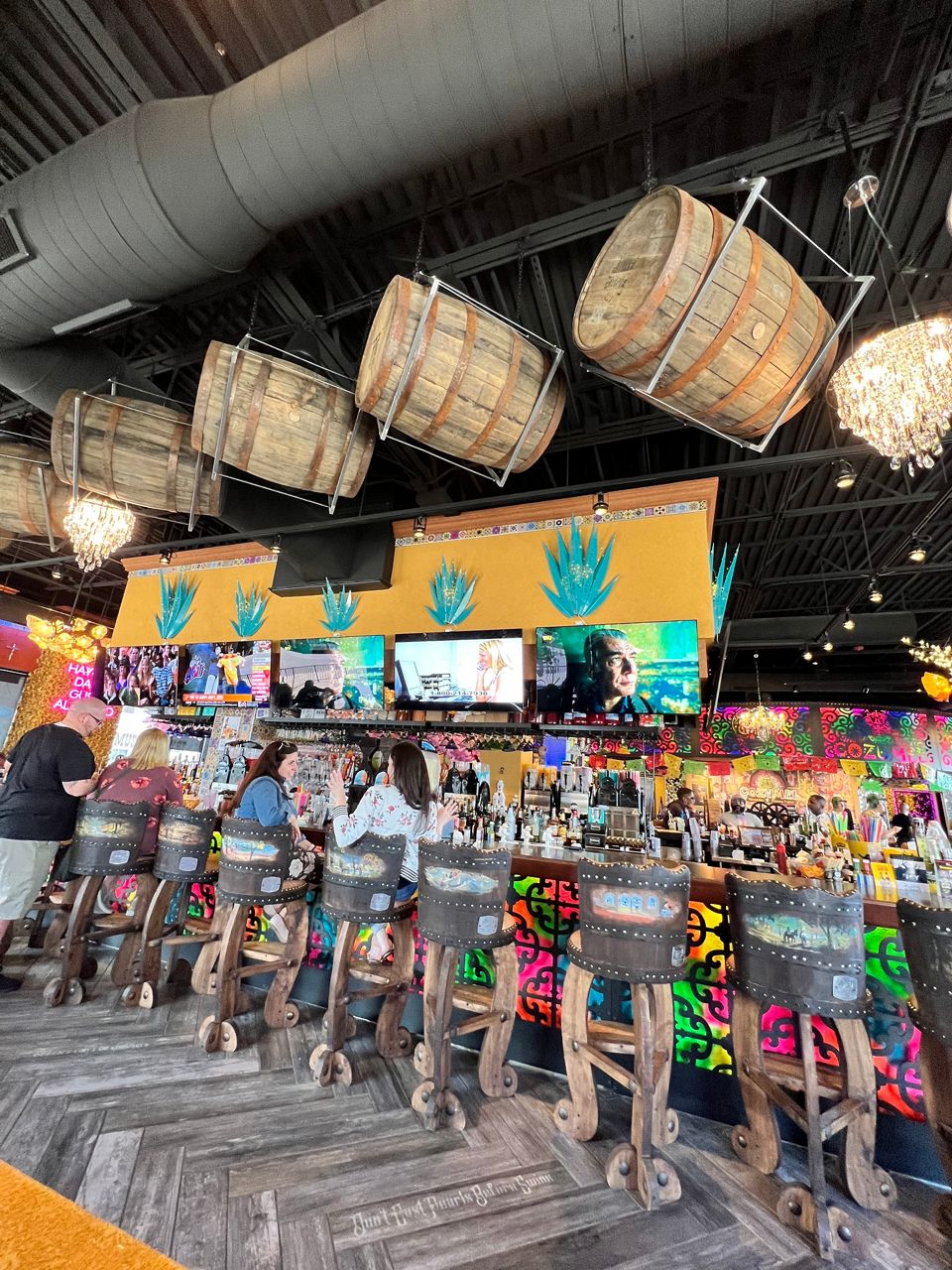 While the local Latino population is small, their impact on those communities is much greater. They’re key contributors to the Cincinnati region’s growing economy and drivers of the region’s recent population growth, according to Bryan Wright, executive director of Cincinnati Compass.

For example, in Cincinnati, Hispanic-owned hotels and restaurants, like Mi Cozumel, generate more than $63.2 million in sales each year. And 98% of the region’s population growth between 2014-2017 was due to immigrant and refugee communities moving to the region.

“It is vital for the continued growth of the economy and population that the Cincinnati region continues to enhance its efforts to welcome immigrants and refugees,” Wright said.

Jaime expects to have a “very good” day at all their locations on Cinco de Mayo. But in Cincinnati, the holiday is bigger than just one day.

Every year, the greater Cincinnati area has played host to Cincy-Cinco Latino Festival. Now in its 18th year, the event will take place Saturday and Sunday at Fountain Square in downtown Cincinnati.

While the event coincides with Cinco de Mayo, it’s not just a celebration of Mexican culture. It marks the traditional Mexican holiday while also celebrating the cultures and traditions of various Latino nations represented in the region – from Mexico all the way to Brazil.

As with most U.S. states, Mexicans are the largest Latino group in greater Cincinnati (52%) followed by Guatemalans (10%), but people from numerous countries in Central and South America and the Caribbean live here as well.

“The diversity within our group is what makes us strong and that’s why we don’t want to discriminate against any Hispanics – Black, brown, white, Asian, whatever,” Cornejo said. “We want to be inclusive of everybody.”

Cornejo was born in Mexico and spent the majority of his young life – from school to early career – in Mexico City. He’s lived in greater Cincinnati for the past 34 years.

The theme of this year’s festival is “Porkopolis to Tacópolis,” and will feature colorful and delicious flavors of authentic street tacos from Argentina, Colombia, Mexico and Venezuela.

Mi Cozumel won’t be present this year due to staffing challenges, Jaime said. But various other restaurants, food trucks and vendors plan to take part. 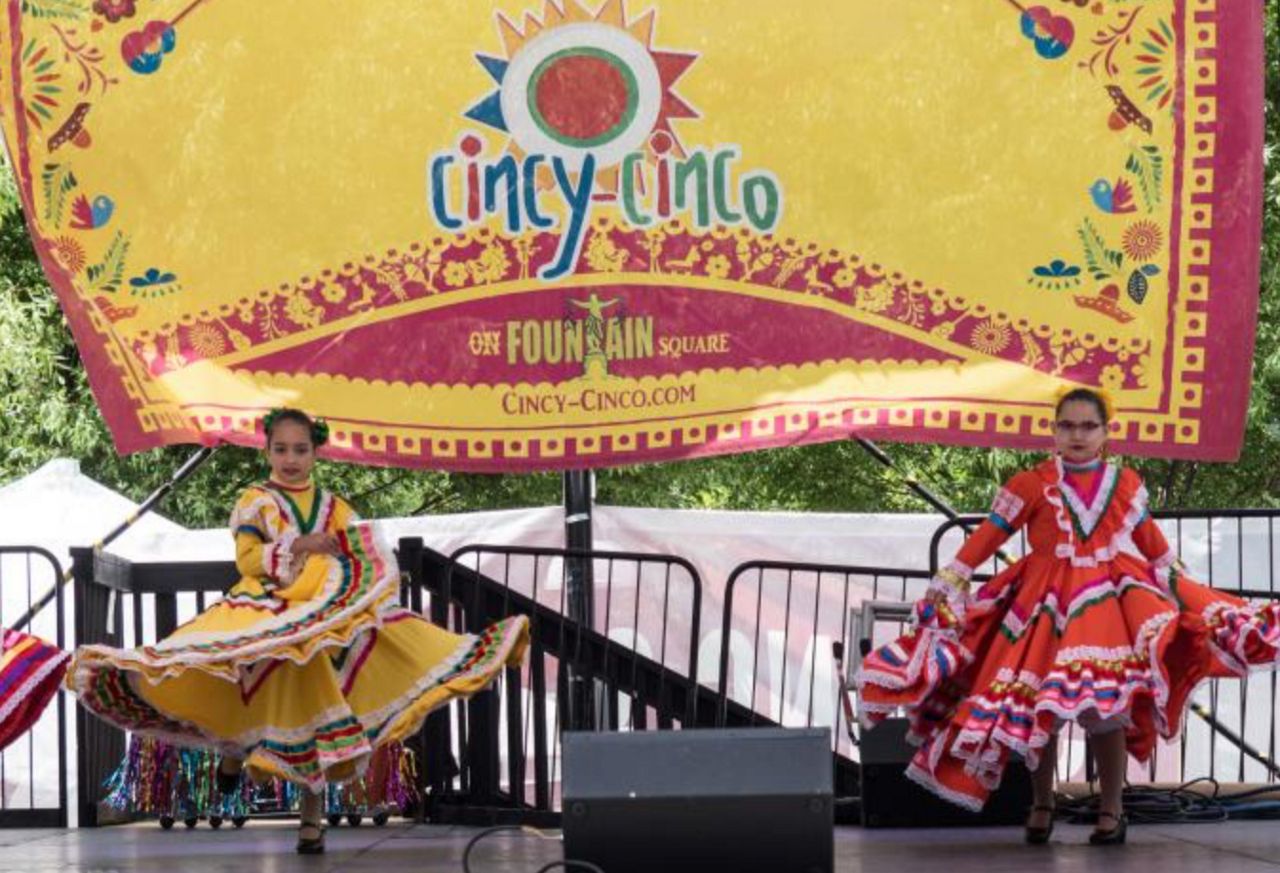 Entertainment, music and dancing from two dozen of the most notable performers in the Midwest will fill downtown Cincinnati with performances and evenings full of salsa dancing.

Some of the other attractions include activities to celebrate Mother’s Day. In the children’s area, the kids can decorate flower pots for their moms. Saturday afternoon will be dedicated to younger kids with games, raffles, piñatas and a small parade.

“What we try to do is feature dancing groups, performers and food from as many different countries as we can to make it a true Latin American party and not only Mexican,” Cornejo said.

Organizers will donate profits from the festival back into the community – schools, hospitals and other organizations that provide support to Hispanic initiatives within the Cincinnati area.

In the previous 17 years, the proceeds distributed have exceeded $525,000.

“The local Latino community is still pretty small today, but it’s vibrant, culturally rich and festive,” Jaime said. “We look forward to being part of it as it continues to grow.”