During the lively conversation moderated by D23 Inside Disney podcast co-host Tony Morrison, Forte (who’s produced every Ice Age film) also revealed why this storyline was the obvious choice as the first spin-off of the hugely successful franchise.

“Everybody responded so amazingly to the Lost World, so we knew that was a world that everyone would want to see again,” she said. “And with Buck living there for far too long with no real relationships, there was so much to explore.”

Forte shared that the concept of the Lost World was actually developed years before it appeared onscreen in “Ice Age: Dawn of the Dinosaurs” (2009). While researching “Ice Age” (2002), filmmakers were explicitly told by the Museum of Natural History not to put dinosaurs and mammoths together because they lived millions of years apart, so “as a wink and a nod,” to that advice, they created a sequence they called “The Ice Museum,” where Sid (John Leguizamo) sees a T-Rex frozen in ice. That way, she joked, we found a way to put mammoths and dinosaurs together. 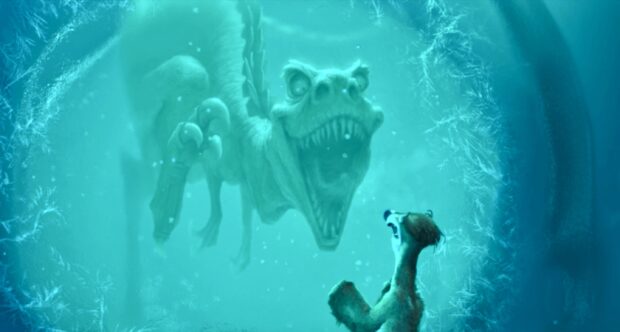 From that original ice cavern sequence, Forte explained, they came up with the mythology that “maybe all dinosaurs didn’t go extinct when the asteroid hit, and maybe some went underground and survived in a whole world under our feet.” 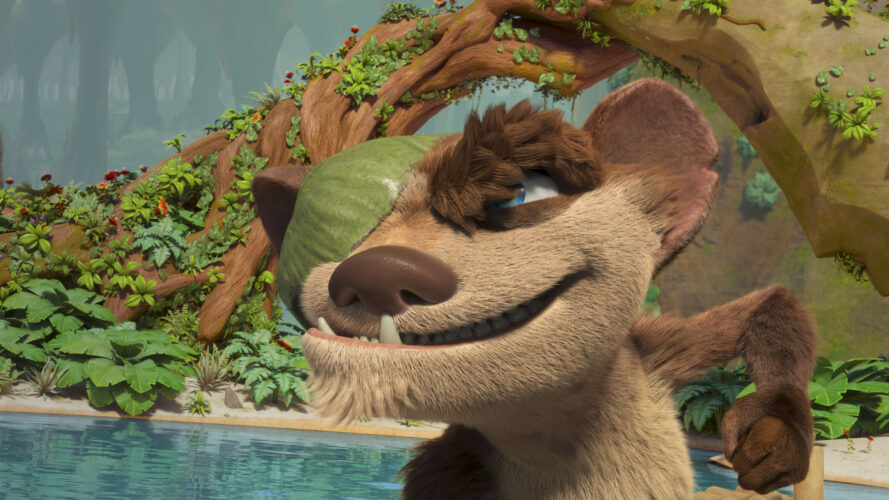 Returning to the Lost World for “The Ice Age Adventures of Buck Wild” also meant bringing back Pegg’s character, which was welcome news to the actor who admits he’s been “dropping hints” that the swashbuckling weasel deserved his own movie for the last 12 years.

“This is the era of the cinematic universe, and I don’t think there’s another [animated franchise] that’s more suited to expansion like this,” Pegg said. “There are so many wonderful characters, and in a movie, you can only spend so much time with each one, so this is a lovely way to give some time to not only Buck and Crash and Eddie, but […] new characters who are a welcome addition to this fabulous group.”

“We came up with Buck for ‘Dawn of the Dinosaurs’ [and] then we brought him back in ‘Collision Course’ because Simon kept saying, ‘when are you going to bring me back?’” she said. “He’s such a loveable, eccentric, wacky, joyful, and adventurous character — and Simon brought all of that to life — so when we were looking to tell a new story in the Ice Age world, it felt so natural to go back to […] Buck because it’s a character everybody loves.” 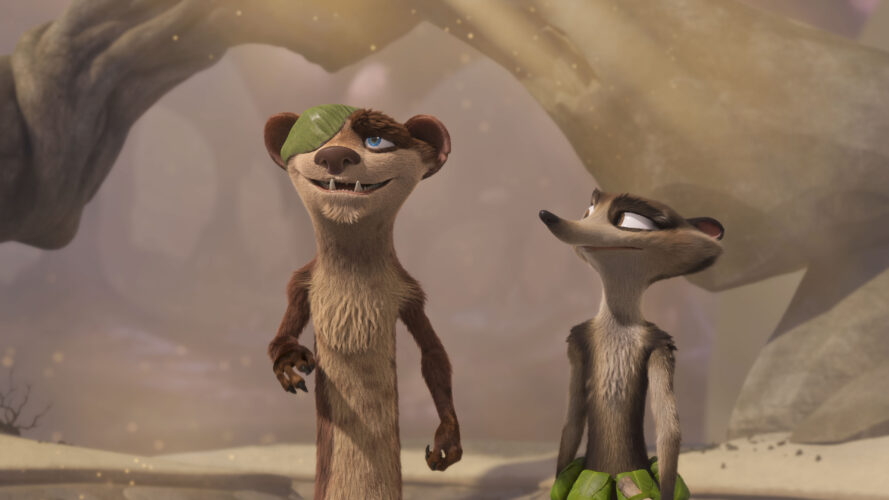 A hot topic of discussion was obviously Machado’s character Zee, a “badass” zorilla (a striped polecat that resembles a skunk) who’s new to the franchise. According to Donkin, Zee is important because she allows the audience to learn more about Buck’s backstory, but also because she’s calm, cool, and collected, which obviously contrasts Buck’s “fly by the seat of his pants” philosophy.

“[She’s] a social warrior,” Machado said. “It was a lot of fun voicing someone so strong […] who’s so rational and has it so together. It was an honor to be part of this franchise.”

Donkin noted that creating a new character from scratch allowed him to work with Machado and the animators to develop her voice and movements together. Plus, Forte says, the more the filmmakers got to know Machado, the more they incorporated her traits into Zee, so she said, “Zee is very much Justina.”

Pegg recalled seeing an early drawing of Zee and thinking, “it’s another Buck.”

“I know she’s a zorilla, but she’s totally his equal and a counterpart to him in so many brilliant ways,” he said. “He’s got a partner, and it felt like all the possibilities that have now come to fruition felt very possible.”

The introduction of Zee also gives the audience a glimpse into Buck’s past, and through his complicated history with Zee, reveals another facet of the character.

“The character is so iconic,” Forte says. “He’s clever, he’s an adventurer, he’s a swashbuckler, he’s the protector and guardian of the Lost World […], but at the same time, he’s a loner, so it felt like the perfect time to show Buck in his world protecting it, but bringing in new characters that sort of shakes up his solitude a little bit.”

Another essential part of the story, Pegg says, is the opportunity for Buck to learn to ask for help.

“Buck is so used to doing everything by himself that the idea of relying on his friends or trusting someone is a little bit uncomfortable for him,” he says. “In this movie, Buck goes on a real journey to understand that it’s okay to lean on people and trust your herd.” 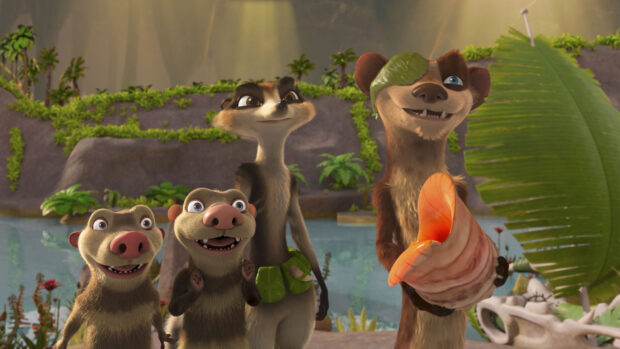 The importance of one’s herd — or family — is a focus of the entire Ice Age franchise; however, what’s different with “The Ice Age Adventures of Buck Wild” is that it was made during the pandemic, which, Donkin says, makes the idea of family connection even more meaningful.

“Family has been a central theme all the way back to the first Ice Age movie, so it is in the DNA of the whole franchise,” he said. “We love the idea that once you’re in a herd and you have that connection, it’s okay if there’s some physical separation because there’s always going to be shared love and support, but that’s resonant right now because so many of us are separated from family members due to the global situation.”

“It’s a universal theme for any time,” Forte added, “but it seems strikingly apparent now that the message about a family staying together even if you’re not together [means more] because COVID happened.”

“The Ice Age Adventures of Buck Wild” is currently streaming on Disney+ along with the entire collection of Ice Age films.

You can check out our spoiler-free review here and watch the trailer below: