Described by Walt Disney Imagineering’s Global Marvel Portfolio Creative Executive Scot Drake as “the next step in Tony Stark’s vision for training more heroes for the future,” Disney’s second Avengers Campus shares many architectural and design elements with its California cousin – and the family-friendly Web Slingers: A Spider-Man Adventure ride has made its way from California to France as Spider-Man W.E.B. Adventure. But Avengers Campus at Disneyland Paris also features the new Avengers Assemble: Flight Force indoor coaster and a new “freeze-frame” meet-and-greet experience. 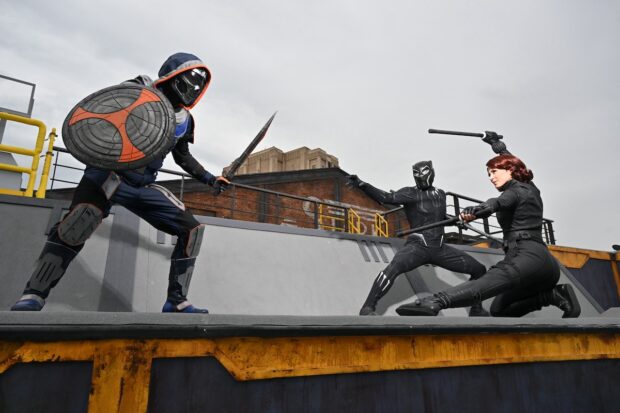 Accessible through Disneyland Paris Resort’s official mobile app and website, the five-page comic book written by Kevin Shinick and drawn by Ramon F. Bachs was created in partnership with the Disneyland Paris teams and is exclusive to the Parisian campus.

Click here for information about visiting Avengers Campus at Disneyland Paris Resort, and be sure to check out more of our videos from the new land below: