WILMINGTON, N.C. — Twelve high school girls are getting the chance of a lifetime in Wilmington to make their own movie with the assistance of the women who are already making waves in the film industry and are now focused on opening the door for the next generation of filmmakers.

Honey Head Films is the first female production company in North Carolina’s film capitol. Now those groundbreakers are hosting their first summer camp, and it’s specifically for girls with an interest in film and production.

“When they got to stand up, shake the hand of an adult stranger, introduce themselves as the director, sit in a chair like this, and have a table read with professional actors and to hear the words on the page come to life for the first time and see their smiles … it’s like their vision is becoming reality,” said Kristi Ray, one of the instructors for the camp.

The first-of-its-kind summer camp has been more than a year in the making and stems from their desire to build up the next generation of female filmmakers in a way they never had themselves.

“Instead of focusing on the toxicity and the things that are going wrong in the industry, you have to focus on being the change and that’s the only way the gates are going to open, and we’re going to lift while we climb and help the next generation succeed in a way we feel we never had as young women,” Ray said.

The curriculum for the camp was put together by Sam McLeod, a former Wake County teacher who has joined forces with Honey Head Films and is now a member of their creative team.

“It’s like it’s a rare opportunity, learning from people who actually do this,” Karina Patel, one of the high school girls participating in the camp said. “It’s just surreal because I watched their short films and stuff like that, and so it’s like ‘Oh my gosh, you’re in person!’ and it’s really cool because they give really good feedback because they’ve been doing this awhile.” 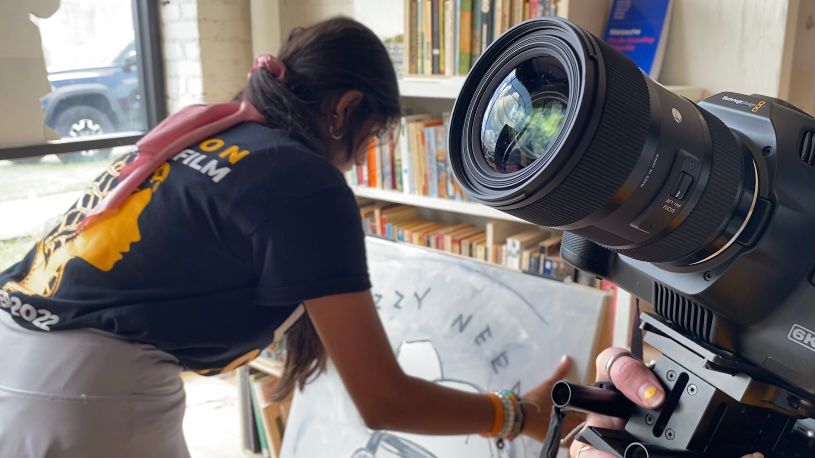 Karina Patel works behind the scenes as a prop master. ‘Shoot Like a Girl’ instructors talk on set before filming. (Photo: Rachel Boyd)

The girls come from all different knowledge backgrounds and walks of life but will leave with an understanding of the ins and outs of film production from conception all the way to realization.

“I only knew from an actor’s side like a little, little bit,” Patel said. “My favorite thing to learn is directing with actors, it’s a lot more difficult than I thought it would [be], but it’s really cool to learn about the lighting and sound, production design, stuff that you never even thought about.”

Ray and the rest of the Honey Head team simply hope that these girls find their passion and a way to leave their unique fingerprint on film.

“There’s a delicate balance between advising on your expertise and then letting the girls really figure it out for themselves and make mistakes and make creative decisions that maybe you wouldn’t have made yourself,” Ray said.

At the end of the two-week camp the girls are looking forward to their watch party, where they’ll all dress up and get together with friends, family and the community to view the films they’ve created this summer.

“It’s really cool working with other people my age because I don’t really know other people who have the same interests,” Patel said.

Ray said they’ve gotten feedback from women and girls across the country expressing interest and support for the program. Honey Head is already looking at franchising “Shoot Like a Girl,” which would allow it to expand across the state and nation with the help of female filmmakers across the country.

“I think franchising is a long-term goal that’s coming sooner than we expected,” Ray said. “We’re ready to bring this to other places because this doesn’t just need to stay in Wilmington. The movement is strong, and we’re excited for what’s next.” 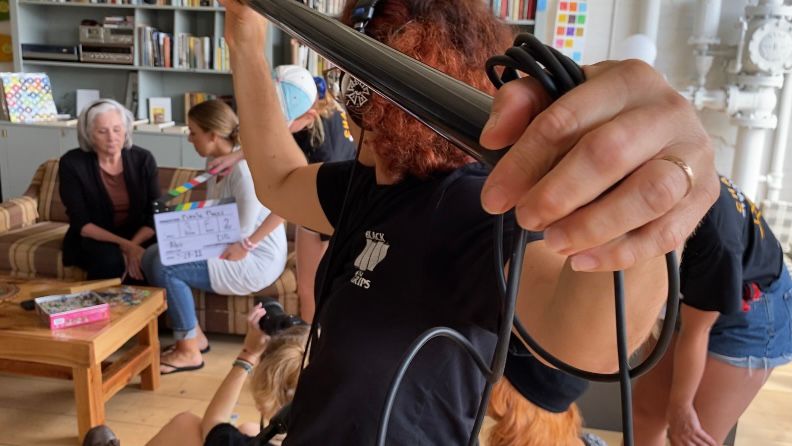 Behind the scenes of filming ‘Puzzle Pieces’ — one of the short films created during the camp. ‘Shoot Like a Girl’ instructors talk on set before filming. (Photo: Rachel Boyd)

Pirates in Tampa for Gasparilla 2023