Planning a trip to the Big Apple and not sure where to start? New York City’s official destination marketing organization – NYC & Co. – has you covered with their list of 22 reasons to visit New York City in 2022, including hotels, attractions, arts and culture, dining, Broadway, and more.

“Summer is one of the best times to visit NYC, when all five boroughs buzz with a special energy and excitement, inviting you to get out and explore our neighborhoods, beaches, parks, and waterfront,” said NYC & Co. President and CEO Fred Dixon. “From outdoor cultural programming and spectacular new art exhibitions to new culinary offerings, a packed Broadway season, and luxury hotel brands making their debut, we are reminding the world that more than ever, ‘It’s Time for New York City.’” 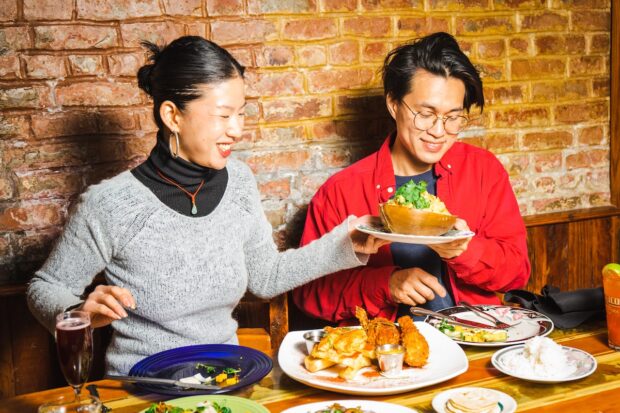 The biannual event that began in 1992 as a weeklong, lunch-only promotional event has grown to a four-week program across all five boroughs at a variety of restaurants, from neighborhood eateries to high-end dining.

NYC may be called the city that never sleeps, but that doesn’t mean visitors shouldn’t book a room at these newly-opened (or soon-to-be-open) hotels. 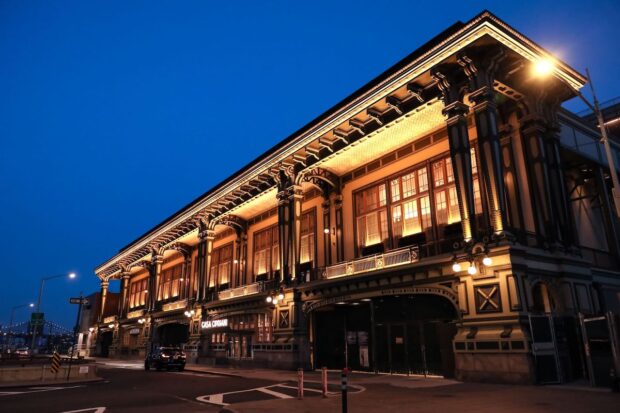 Click here for information about these hotels and more.

NYC is home to many historical locations ready to welcome visitors in 2022 (and beyond), some so iconic they could be one of the 22 reasons to visit New York City all on their own. 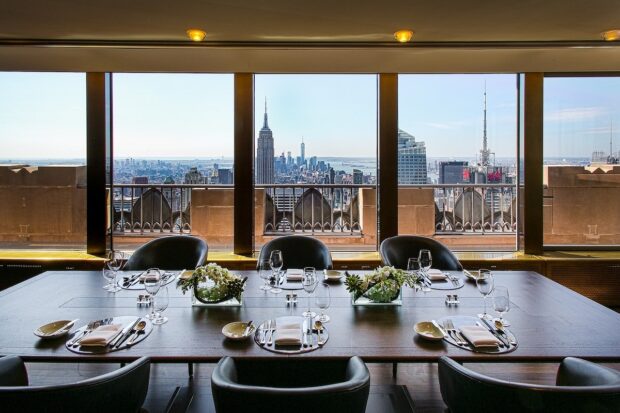 Photo courtesy of The Rainbow Room

New York provides several opportunities for visitors to see the city from above, including Top of the Rock in Rockefeller Plaza (70 stories), One World Observatory (94 stories), and the Empire State Building (102 stories). 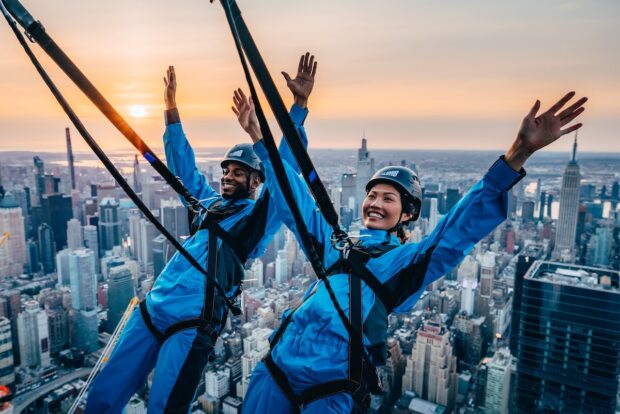 Photo courtesy of The Edge

In 2020, the city welcomed Edge at Hudson Yards, which recently debuted City Climb, the ultimate skyscraper adventure for thrill-seekers looking to take in the view of the city from 1,200 feet above the ground, and last fall, the immersive Summit One Vanderbilt opened Ascent, the city’s only all-glass exterior elevators. 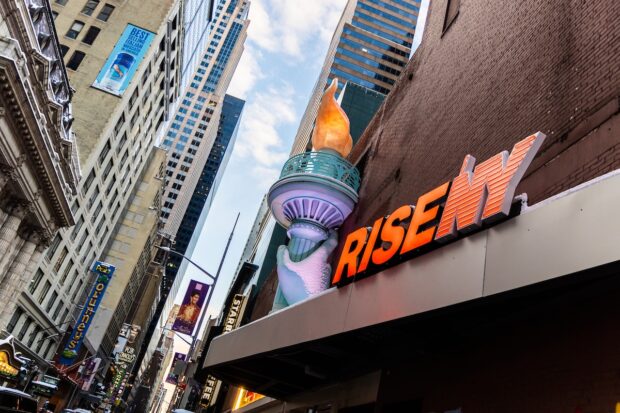 Finally, for those who prefer to stay a bit closer to the ground, RiseNY is a new virtual attraction that debuted earlier this year and offers visitors a virtual bird’s-eye view of the skyline while suspended “only” 30 feet in the air.

NYC is known as one of the most culturally rich and diverse cities in the world. 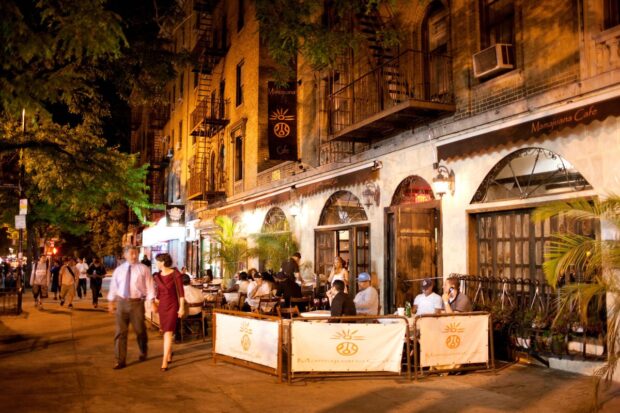 Visitors can experience many of its international cultures by exploring neighborhoods throughout the boroughs, from Little Caribbean in Flatbush, Brooklyn, and Little Sri Lanka in Tompkinsville, Staten Island to Manhattan’s Chinatown and Washington Heights. 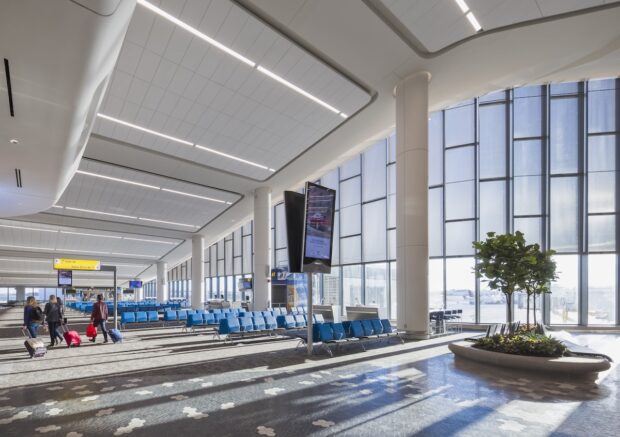 Later this year, EWR will debut an updated Terminal A with 33 new gates, and will break ground on a new 2.5-mile elevated guideway train system, which will reduce greenhouse gas emissions and ease traffic congestion. In addition, JFK will debut Terminal 8 in December and begin construction this year on the New Terminal One, expected to open in 2026.

As part of its efforts to be more sustainable, the city recently renovated and expanded the Javits Convention Center, featuring a state-of-the-art seven-acre green roof that has become a sanctuary for area wildlife, including 29 bird species, five bat species, and thousands of honeybees. 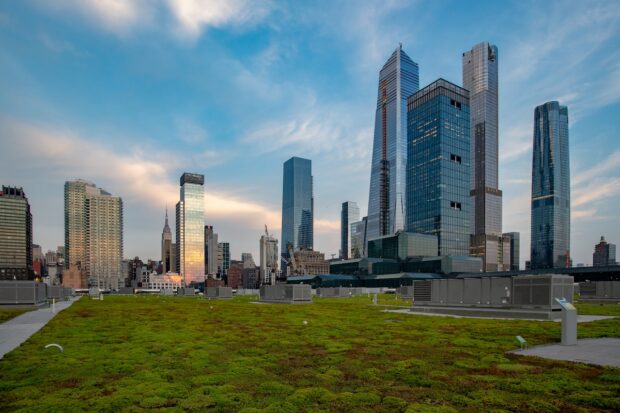 Little Island (NYC’s new public park near the Meatpacking District) provides green spaces, venues for live cultural performances and events, and views of the river. Central Park – one of the world’s most iconic green spaces – has created a Central Park Climate Lab in partnership with the Yale School of the Environment and the Natural Areas Conservancy to develop new research and tools to help urban parks manage the severe impacts of climate change.

Visitors to New York in 2022 can look forward to new restaurants opening across the city and the return of NYC favorites. 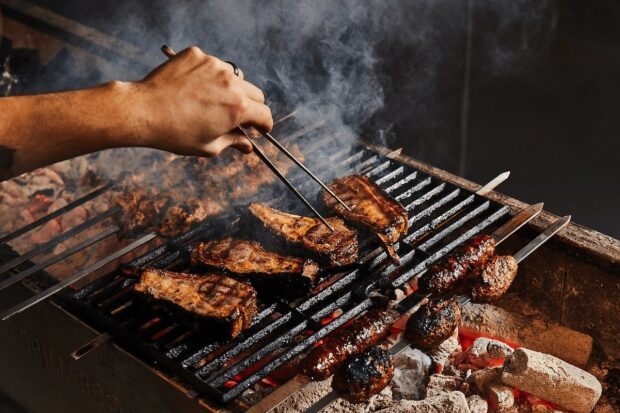 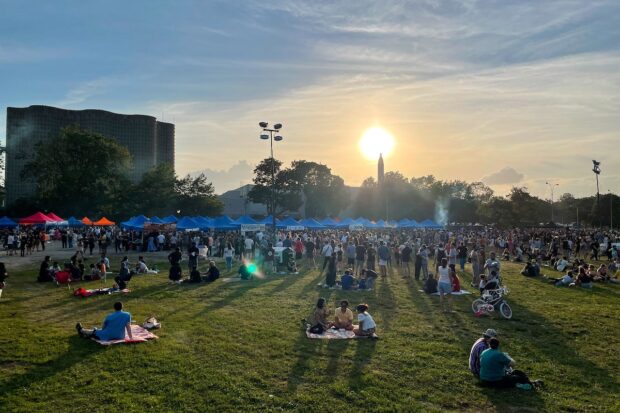 New York’s open-air food markets are back just in time for the summer, including Queens Night Market, Smorgasburg in Brooklyn, and Bronx Night Market, all featuring local restaurants and vendors serving a variety of cuisines. 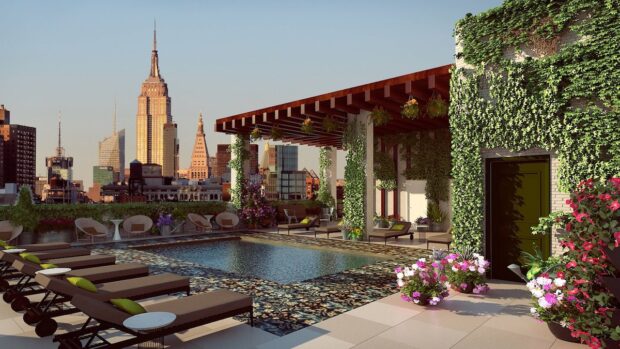 The city’s nightlife is also bouncing back in 2022 with new nightclubs like Eavesdrop in Greenpoint, Brooklyn; Somewhere Nowhere NYC Lounge and Rooftop Pool in Chelsea; The Q (an LGBTQ+ multi-level nightclub) in Hell’s Kitchen; and Musica Club, the biggest nightclub in NYC by Cipriani.

There are dozens of museums in New York, not to mention many more galleries and exhibit spaces, so it’s no surprise that NYC & Co. includes exhibits as one of the 22 reasons to visit New York City in 2022. 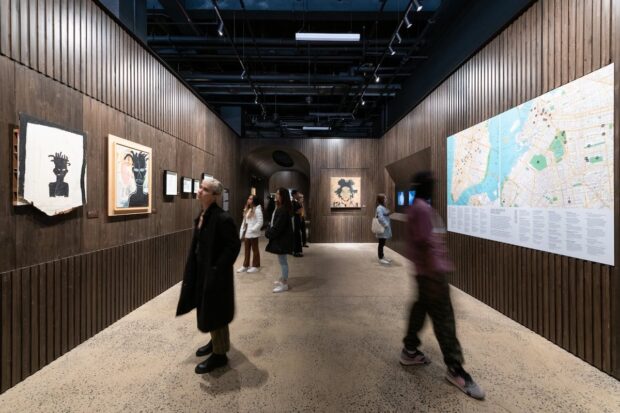 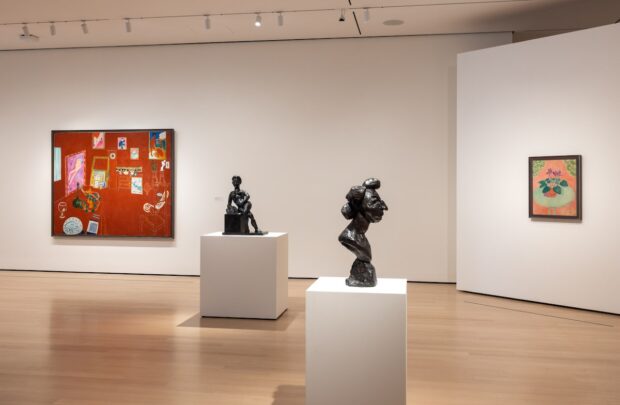 Click here for information about these exhibits and others.

10. Beloved Stars and Stories on Broadway

After nearly two years of empty Broadway stages, theatergoers are thrilled to return to New York theaters – and so are the stars, including Hugh Jackman in “The Music Man” and Golden Globe-nominee Beanie Feldstein in “Funny Girl.” 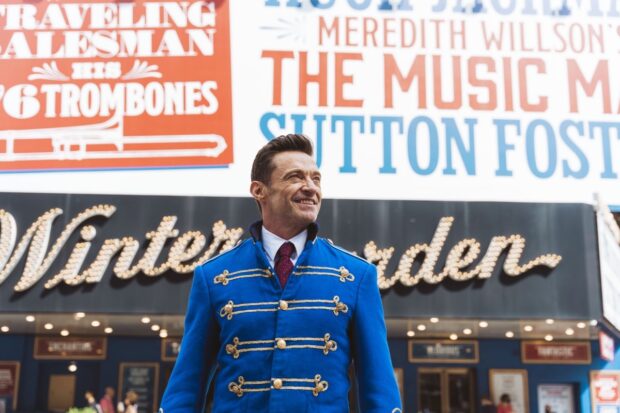 Also performing on the Great White Way this summer is Daniel Craig in “Macbeth” and Darren Criss, Sam Rockwell, and Laurence Fishburne in the revival of “American Buffalo” (all through July 10, 2022).

Click here for more information about how to see your favorite stars on Broadway.

New York has starred in countless television series over the years, and fans can expect to see the Big Apple in the new “Gossip Girl” and season two of the “Sex and the City” sequel series, “And Just Like That.” 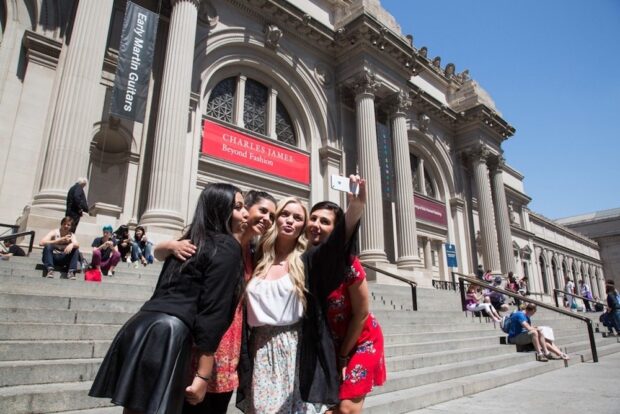 Photo courtesy of On Location Tours

Fans of those shows can walk in the footsteps of Serena van der Woodsen and Carrie Bradshaw with On Location Tours that will take them to see many of the sites where these popular series (and others) were filmed.

No vacation is complete without at least a little shopping, but when you visit New York City you will want to do a lot of it. 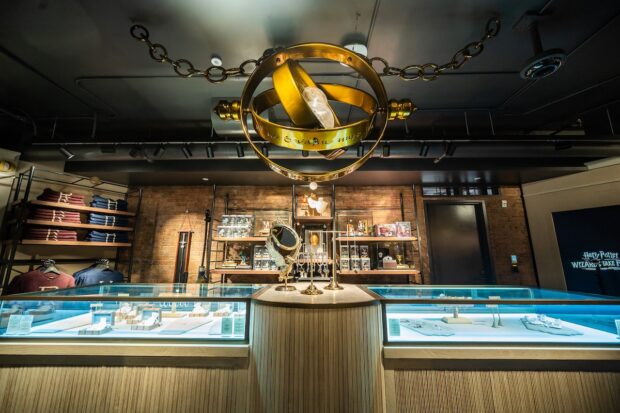 There’s always a reason to shop at NYC’s famous Macy’s Herald Square, Bloomingdale’s, Bergdorf Goodman, and Saks Fifth Avenue department stores, but wizards, witches, and muggles of all ages won’t want to miss the chance to step into the Wizarding World for a magical multi-level shopping experience at the Harry Potter New York Flagship Store. 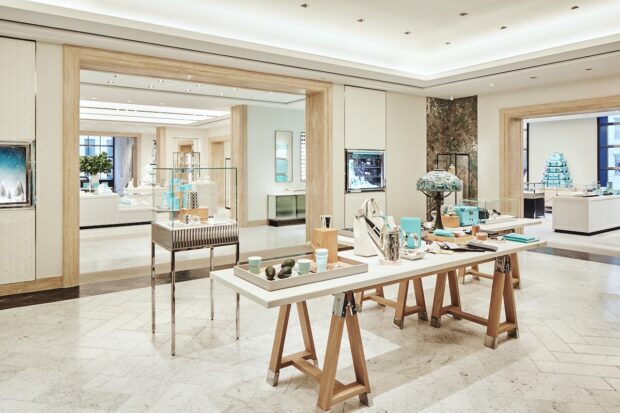 In addition, the New York shopping institution Tiffany & Co. will open its new flagship store on Fifth Avenue in the fall, including the reopening of The Blue Box Café, where customers can enjoy (what else?) breakfast at Tiffany’s.

This fall, the Museum of Broadway – the first permanent museum dedicated to Broadway – will open in Times Square to celebrate Broadway’s history and offer a behind-the-scenes look at the process of creating Broadway productions. In the winter, the Gilder Center at the American Museum of Natural History will reopen with a new exhibition, learning spaces, technology, and access to the museum’s collections. 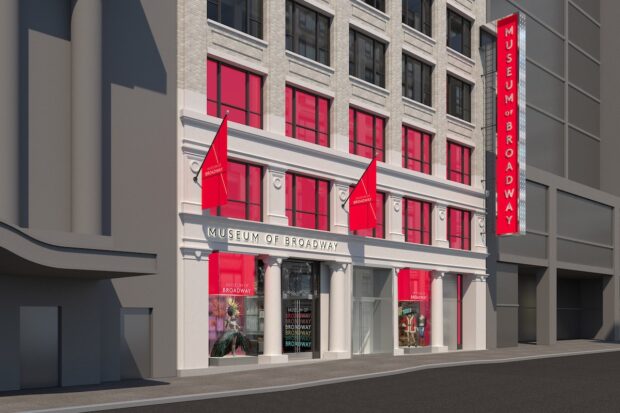 Photo courtesy of Museum of Broadway

The Louis Armstrong House Museum in Corona, Queens, is expected to debut later this year after undergoing a physical and programmatic expansion for a new cultural center, which includes an interactive exhibit, archival collections, a 68-seat jazz club, and a store. The Bronx Children’s Museum is also opening this year after moving to a new home in Mill Pond Park.

NYC hosts some of the largest events in the world, so something is going on at any time of year, making them a natural for one of the 22 reasons to visit New York City in 2022. 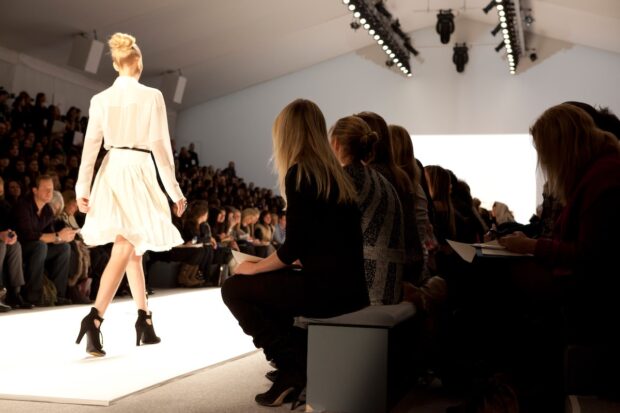 Click here for information on these and other festivals and events.

The only thing better than trying one delicious kind of food is trying many in the same place, and thanks to New York’s food halls, that’s precisely what you can do. 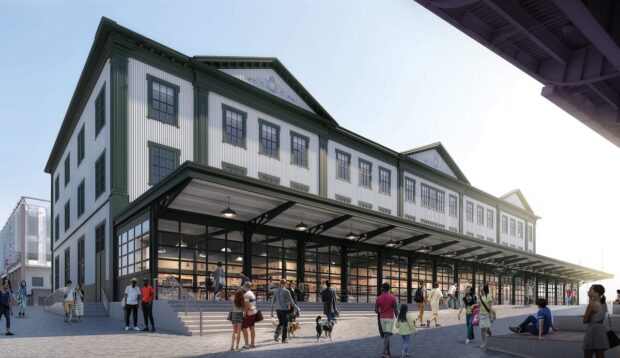 This summer, the James Beard Foundation will open its own 18-stall, 16,000-square-foot food hall at Pier 57, featuring local businesses and offerings from food entrepreneurs.

Often overlooked, Staten Island is a just quick hop from Manhattan by ferry. 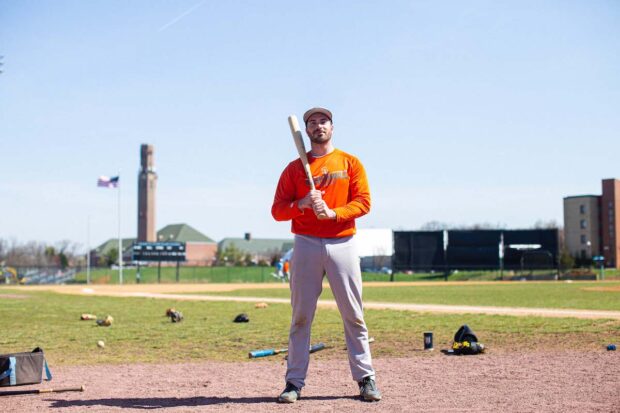 Click here to find out why this hidden gem is one of 22 reasons to visit New York City in 2022.

New York City is the birthplace of the modern LGBTQ+ rights movement, and the NYC Pride March – one of the largest annual Pride marches in the world – attracts tens of thousands of participants and millions of sidewalk spectators. 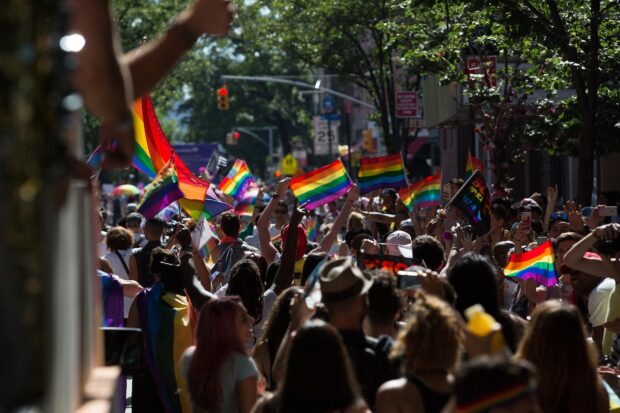 Broadway may be the most well-known New York performing arts experience, but it’s not the only one. 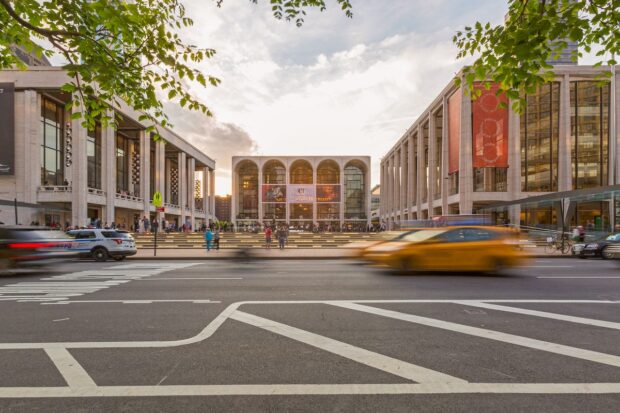 Visitors can also catch performances by the Barrow Group theater company, which recently opened a brand new theater in Midtown Manhattan and at The David Geffen Hall – part of Lincoln Center and the New York Philharmonic – that will reopen this October after a complete makeover.

It may be surprising that exploring the outdoors is one of NYC & Co.’s 22 reasons to visit New York City in 2022. Still, the cosmopolitan city actually offers many opportunities to experience nature, including the Brooklyn Botanic Garden and Chinese Scholar’s Garden at Staten Island’s Snug Harbor Cultural Center (one of two authentic outdoor Chinese gardens in the U.S.) 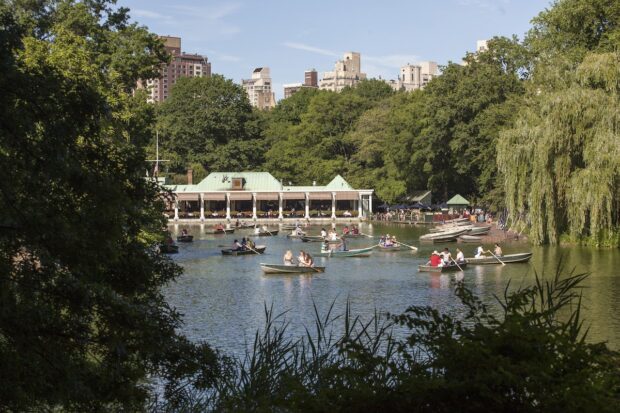 Visitors can also rent a rowboat at Central Park’s Loeb Boathouse; see a movie under the stars on a 40-foot screen during Roosevelt Island’s annual outdoor summer movie series (late June to late August); shop for locally-grown produce, fresh baked goods, and other specialty items at the New York Botanical Garden Farmers Market (through Oct. 26, 2022); or check out the Treetop Adventure at the Bronx Zoo, where they can swing through the treetops and zipline over the Bronx River.

For travelers looking to relax and unwind during their visit, a selection of 20 wellness experiences at QC NY on Governor’s Island include several saunas and massage offerings. 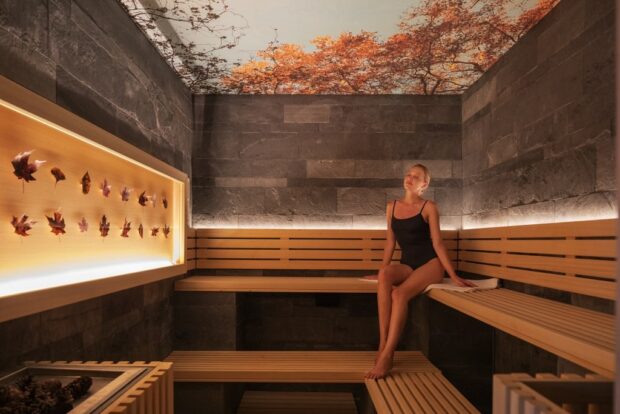 The spa at the new Aman New York hotel, opening on Aug. 2, 2022, will offer three stories of rejuvenating experiences, including a 65-foot-long indoor swimming pool, two spa houses, and an outdoor terrace.

With a mission of making the city more welcoming to all visitors, many New York experiences and attractions have expanded accessibility and addressed sensory concerns. 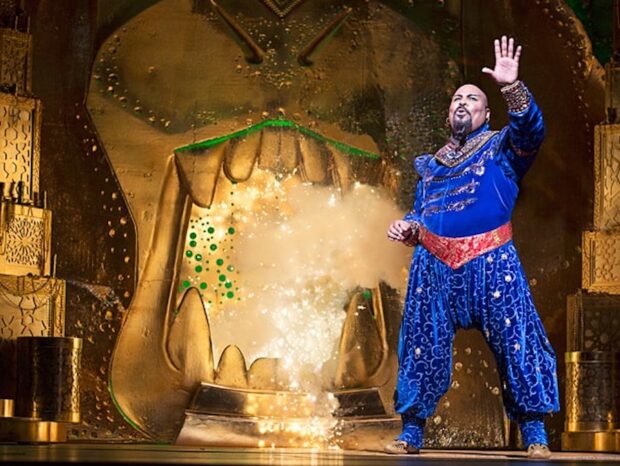 New York City is home to some of the greatest sporting events in the world, so lace up your running (or spectating) shoes for reason #22 to visit New York City in 2022. 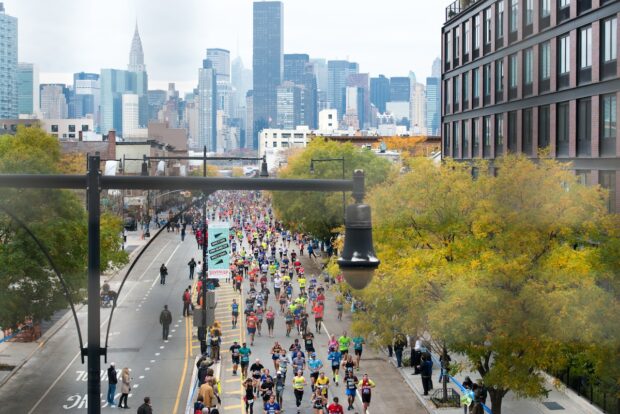 I’m sure 22 reasons are more than enough to inspire a trip to New York City, but guess what? There are even more exciting things coming in 2023. 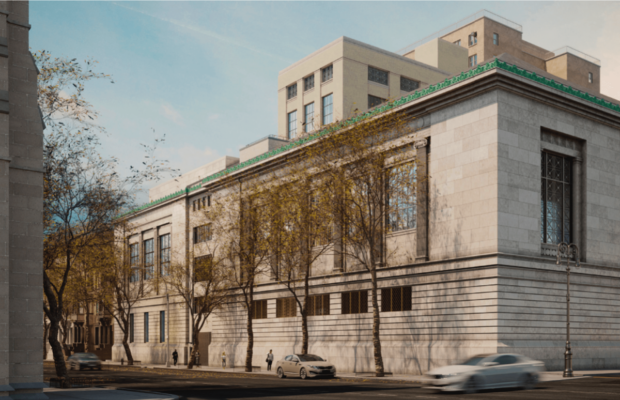 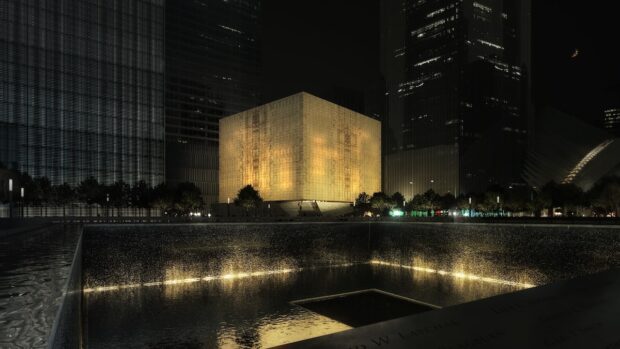 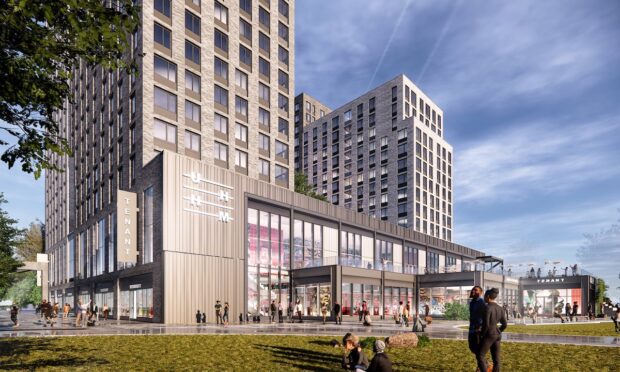 These include the iconic Apollo theater undergoing the first expansion in its history, plus the opening of the Universal Hip Hop Museum in the Bronx, the Perelman Performing Arts Center at the World Trade Center, and the American LGBTQ+ Museum.

Click here for details about all 22 reasons to visit New York City – and many more.